Here’s another interesting Super Heroes set to achieve, without having to spend too much money. It features three mini-figures which is always pleasant in a set that brings a bit less than hundred pieces, and a small aircraft with a considerable number of features, if we consider its size.

The aircraft is mostly built with dark blue pieces mixed with a few yellow lines and brings right at the front several interesting elements. First of all, a couple of orange stud shooter, second, a couple of lights and third, right in the middle it features the opening mechanism of the big windshield. 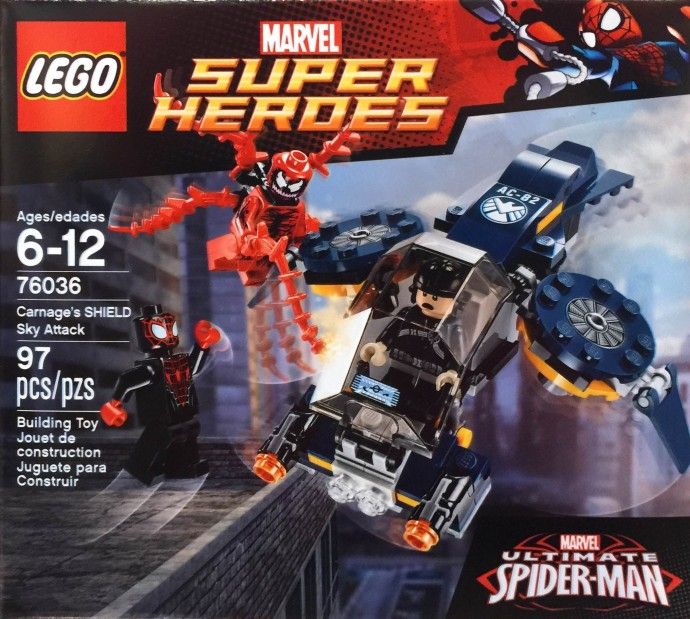 This part looks quite long and once opened gives access to the cockpit where the Shield Agent has the appropriate space for his seat and a few handlers to maneuver the vehicle. All the major parts are next to each other, and so, just aside the cockpit, the aircraft has two interesting wings with a couple of small propellers that can assume several positions or angles.

The tail, just like the rest, is built with many small pieces and show a white AC- B2 sticker which personally I will ignore if I have the chance to achieve this set. The mini-figures (Carnage, Spider-Man and a SHIELD Agent) are surely an extra reason to achieve the set. Carnage with his long arms at the back and Spider Man are definitely awesome. 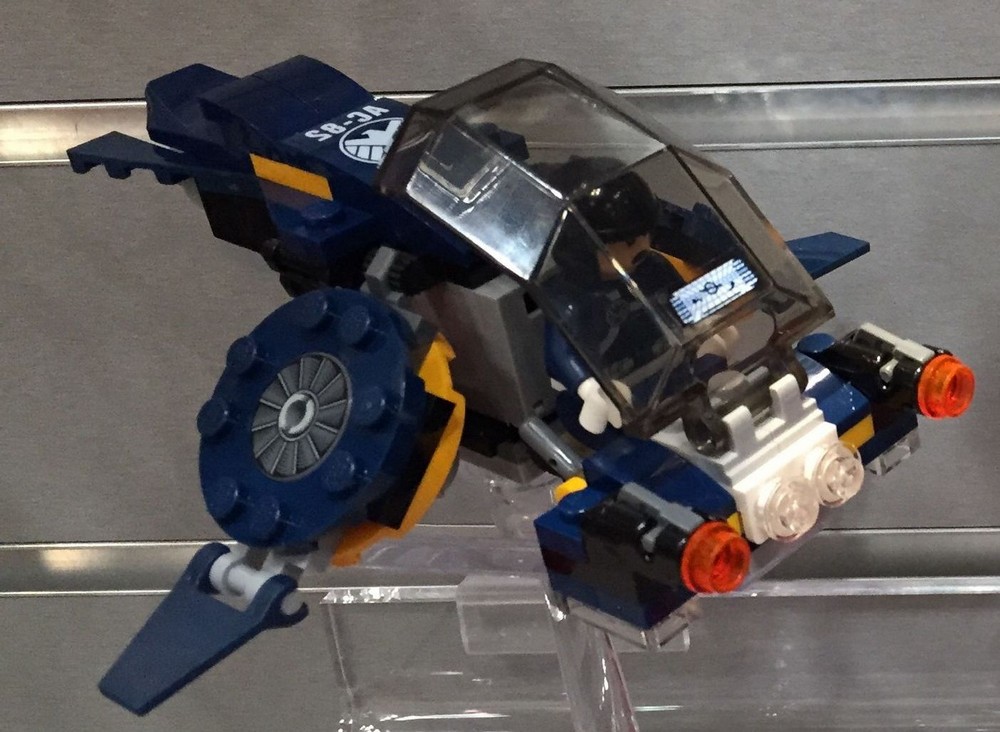 Overall, this set, looks a pretty nice deal combining playability with three awesome figures. The aircraft isn’t big but shows a lot of stuff to enjoy and the three guys are as always nicely accurate. The set should start retailing next summer, with a price around the thirteen dollars. Have a look at it in the gallery: