The Jokerland is an awesome DC Comics Super Heroes set that will be available next August. It is quite big, with more than a thousand pieces, and brings a lot of interesting stuff to enjoy. The trend of having car or buildings as the head lines of the set is completely broken, showing several different elements completely different from the usual. 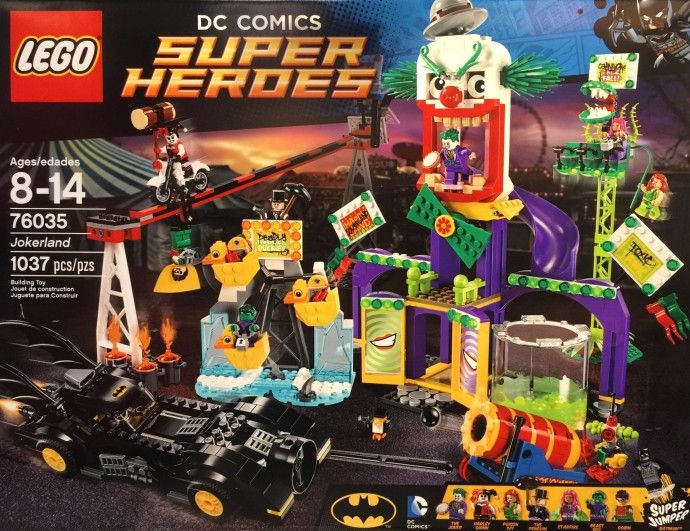 The Zip line ride is connected, on the edges, to a couple white towers of different sizes and has an exactly length of 46 studs. Harley Quinn with its black and red suite is responsible to ride the bike which is nicely attached with a few technique pieces to the zip line allowing making the circuit with reasonable safety. The bike is all white and seems to be one of the simplest Lego models.

The duck ride is built up on a couple of water plates that include two small ice islands with a penguin and shows three yellow ducks. The structure shows a few transparent blue pieces and a small tower in the middle that seem to be responsible for the attachment of the turning mechanism. The deadly Duckies can be triggered through the back where the Penguin seem be have everything controlled. 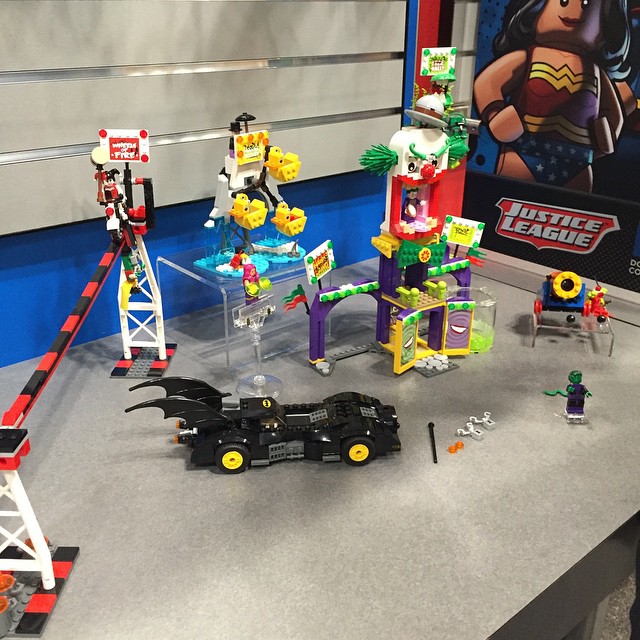 The Joker house is the biggest element and features three different levels with plenty of different colors. In the ground level, the entrance has two side panels with smiles and a small path with grey rocks. It seems that inside there isn’t much to see but just at its left, we have the Toxic Tank where those who ride in the purple slide will certainly fall. The tank is made with transparent pieces and lots of green studs in the ground.

On the top, the Joker head with a grey heat is perfectly reproduced, showing all the main parts of its scary face: the big mouth, the eyes (these ones with the help of small stickers…) the hair, the teeth and even the eyebrows can be easily identified. In the back of the head, we can find the beginning of the slide. Among so many details I must say that the green lights placed almost everywhere, give this house a very cool look.

The Batmobile shows once again some pretty interesting details. The yellow wheels with big arches break the black monotony but the small cockpit at the back and couple of batwings just behind it, definitely is, for me, the best part of car. Having a look at the cannon, it is quite simple but I must say that the orange and red slides are very cute. I guess that at the back there is some king of trigger to shoot the balls but unfortunately, through the few available pictures, it’s not possible for now to confirm it. 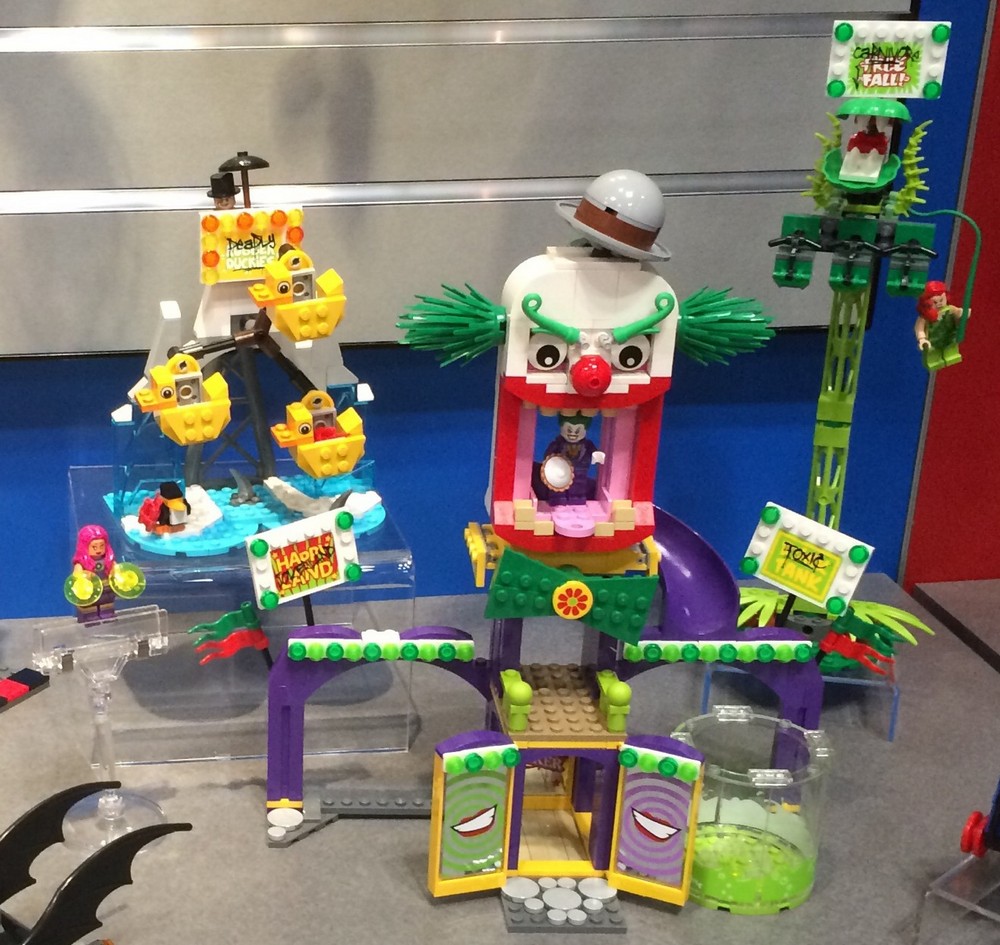 Finally there is the green carnivore free fall, the tallest element of the set. It features a big tower where three appropriate (or not…) seats will suddenly throw three guys, up to the top with the highest possible speed. For that, I guess that there must be a rubber band in order to provide that feature. On the top there is a green carnivorous plant with what it seems blood for scaring the adventurous trio.

Overall this is a must have for the super heroes fans. The playability is huge, mostly thanks to some unusual but awesome elements, the mini-figures are indeed an added value of the set and I guess that the worst part will surely be the price: hundred and twenty dollars is its most probable retail price from next august.