The Hulkbuster Rescue Mission is a new Super Heroes set that will be available in the beginning of April. Recently presented in this year’s London Toy Fair, it is a medium size set with two hundred and forty nine pieces and features Hulkblaster, Hulk with a small platform and three must have mini-figures: Scarlet Witch, Ultron Prime and Iron Man.

Hulkblaster seems a bit bigger than it was supposed but the most important features are definitely there. The color scheme as well as the helmet’s shapes are similar to Iron Man, but I think that the similarities end right here. Just like most part of the mech’s, the arms and legs are attached to the body with the usual ball mechanism. 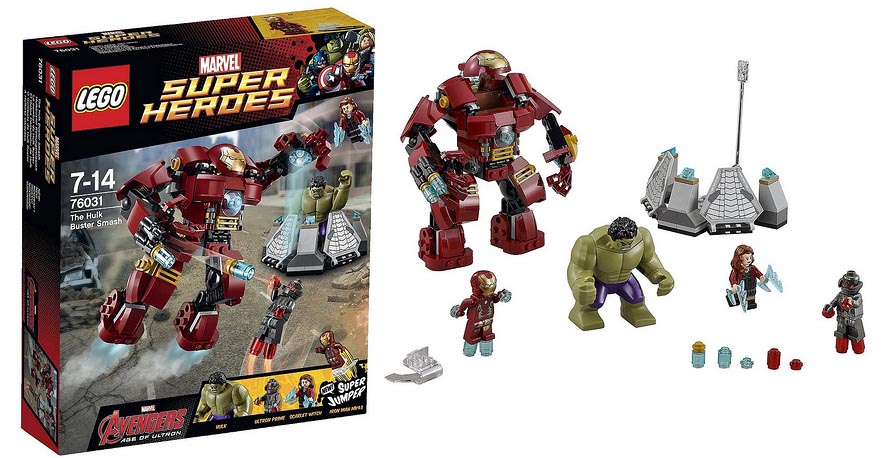 There are plenty of round or sharp pieces everywhere that not only give it a cool look but also protect it from most part of Hulk’s attacks. In the arms, which can be moved easily, it is possible to see a double cannon and also a sort of laser light that will absolutely cause some serious damages on the enemy.

Hulk’s platform isn’t particularly big and it seems quite easy to build, using repeated elements and a few stickers. The mini-figures are in my opinion the best part of the set, being all of them nicely printed and extremely accurate. As an addition of some playability, and just like the rest of this new wave of sets, the three guys have a new super jumper piece that will surely help them to get higher enough to defeat the big mech. 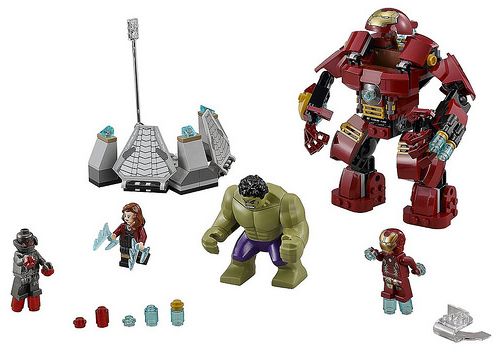 Overall, I guess that this looks absolutely a set that is pointed for the most enthusiastic Avengers’ fans. The mech, Hulkblaster, is not bad, far away from that but I guess that the playability and beauty isn’t the best and neither the mini-figures will disguise that. With a release date scheduled for next spring, it should retail around the thirty five dollars!