Gorilla Grodd Goes Bananas is a new super Heroes set that has recently hit stores. This medium size set has almost three hundred and fifty pieces and show a really nice scenario full of color and action where the banana hungry Gorilla Grodd tries to destroy everything that comes nearby.

The set features a black bat mech, a transparent small airplane, a really nice truck prepared to be broke in two, a couple of interesting accessories namely a box with bananas and the new Jumper piece and six mini-figures: Wonder Woman, Batman, Truck Driver, Captain Cold, The Flash and of course Gorilla Grodd.

Having a look at the mech, its structure isn’t very different from the usual. Built mostly with grey and black bricks, the legs and arms, despite their features, are connect to the body with the ball mechanism and Batman seat is placed just on top with a few handlers and a couple of bat wings nearby. I especially enjoy its arms and thee big and powerful weapons like the big net launcher or the couple of stud shooter on the right arm.

The jet is all made with transparent bricks, assuming the role of an invisible airplane. And the final result I definitely pretty nice and unusual. The cockpit is protected by an oval windshield and both wings have on the edges a spring load shooter. At the back the engine is reinforced with a blue and white flame. 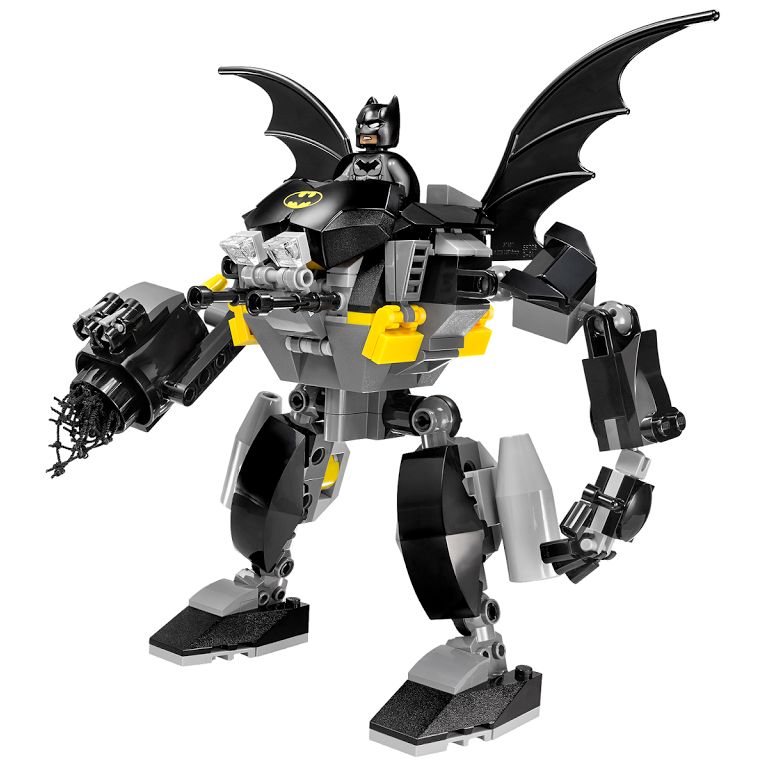 The small truck is very cute. With tiny wheels (it has only one at the front) the blue cab looks like an 80’s vehicles, even the engine’s grid is the same. The blue side doors are always for me an added value on every model and just at its back, the trailer has the appropriate space for the banana’s box. And these bananas will be the Gorila’s trigger to lift the truck and its poor driver. When that happens, a very cool collapsing mechanism allows to almost breaking the vehicle in two which definitely is very cool in terms of playability.

Usually I especially enjoy the super heroes’ mini-figures even if they’re remakes of older guys. And this set follows that rule, especially flash, Batman and Captain cold that look absolutely great. Overall, the set brings a huge potential in terms of playability and I must say that the little truck and the invisible jet are especially very cute. The set is already available on stores and is retailing around the fifty dollars.