A new DC Comics Super Heroes set has been unveiled at San Diego Comic Con. The Green Lantern vs Sinestro, that brings a little bit less than two hundred pieces, features a green aircraft, three mini-figures (Green Lantern – finally a mini-figure of this guy ,Sinestro and a new white Batman, present in the Lego Batman 3), a couple of accessories and a small yellow platform.

My first impression about this new aircraft couldn’t be better! It’s absolutely awesome in terms of aesthetic, the several green shades combined with black are also very good and in terms of playability it’s perhaps one of the most balanced Super-heroes airplanes that has been released in the past years. 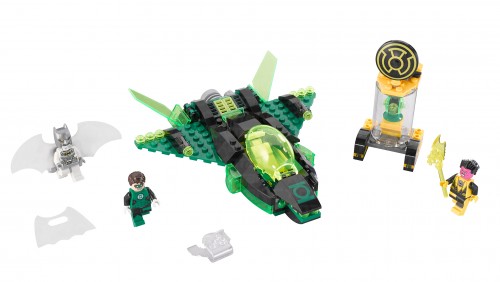 The plane has, at the front, a big cockpit with lots of space and a cockpit “stolen” from the Galaxy Squad bugs that easily opens giving access to the interior. Just behind it, the small wings with plenty of lights in the edges have also a couple of weapons ready to be fired against the enemy, in this case Sinestro. At the back, the engine brings three small rotors and the transparent stabilizers seem to move up and down! 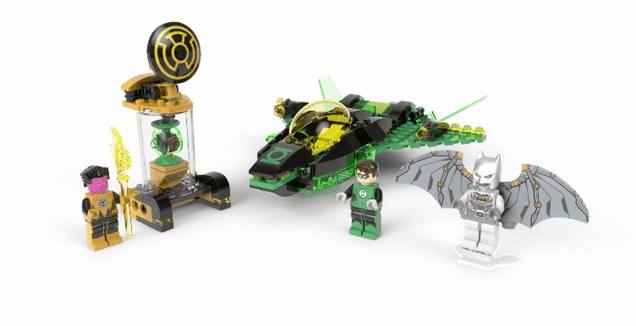 Overall, it seems a really nice middle size Super Heroes set, although only being available in the beginning of next year. The three mini-figures look awesome, Batman is definitely my favorite but Green Lantern was also waited a long time ago by a lot of fans. Finally the price: around twenty dollars which is a bit expensive for its size but in line with the rest of the theme. Enjoy the pictures: