The aircraft. despite a couple of interesting details. is not my favorite, far away from that. The cockpit at the front with a long windshield seems pretty big, just behind it, there is an extra room, a sort of command center where another mini-figure can be easily seated and hidden from the enemy just by closing again the removable roof. Finally at the back the engines and the big winds give the air ship the appropriate power.

Just below all of this, a couple of flick fire missiles seem ready to fire against the big sentinel. The weapons collection doesn’t end here because just between the engines, there is an additional cannon that can be easily put in position and fired once again against the enemy. No matter all this interesting features look, this set is definitely not my type and I’ll certainly pass it. 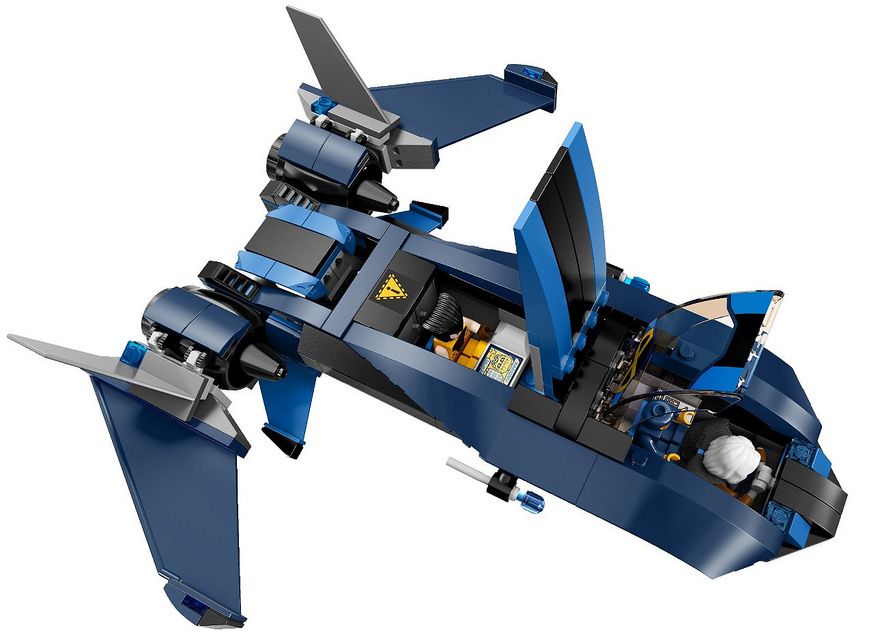 However, I can’t say the same about the mini-figures which look pretty amazing, especially storm and Magneto with its white eyes. Globally, as usual in some of Super Heroes sets , it seems a regular set with an expensive price that in my opinion doesn’t worth the value. Have a look at the pictures and take you own conclusions!