For those who aren’t so familiar with the Guardians of the Galaxy, this new set looks a mix between Ninjago and Marvel Super Heroes. The two aircrafts that compose this set have slightly less than two hundred pieces and include three mini-figures: Star-Lord, Sakaaran Soldier and Nova Corps Officer.

The two ships have different sizes and color schemes, being the biggest, a mix between yellow and blue. The smallest has dark red and black bricks and more than its half size is composed by the cockpit which has an unusual windshield, a control panel at the front and a couple of red lasers just aside the pilot. The long black wings are easily movable and can assume several positions.

The Nova Corps Space Craft has, just like the other, a long cockpit at the front that can be easily accessed through the opening windshield. Below, a couple of blue flick fire missiles ensure the appropriate fire power when it’s time to hit the other space ship. The back part seems quite interesting with several blades of different sizes that can easily change position, depending if it’s flying or not. 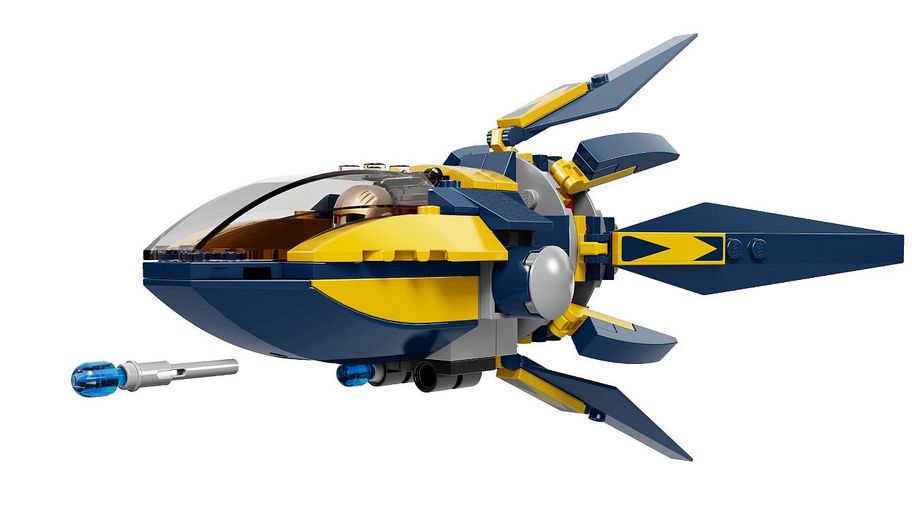 The mini-figures are in my opinion the best part of the set with especial highlights for the Nova Corps Officer. With different weapons each one seems pretty accurate and also quite rare at the same time. Overall, I must say that I‘ll probably pass this one. Not that is bad, but the space ships aren’t absolutely my type despite some really nice details. With a retail price around the twenty dollars, it will hit stores in the beginning of summer. Enjoy the pictures!