Captain America vs. Hydra is a new Marvel set that has recently hit retail. It brings one hundred and seventy two pieces and presents a new off-road tank with multiple suspensions, a Captain America’s Motorcycle, similar to the 2013 model and three mini-figures: Captain America, Hydra Henchman and Red Skull.

The tank, built with a considerable number of sloped bricks, features a really great suspension with four independent axes and big blacks tires, ready to surpass anything. The images aren’t clear enough for now, but I guess that a technic structure is the base of the mechanism and the suspension seems dynamic, adapting easily to all the obstacles’ shapes. 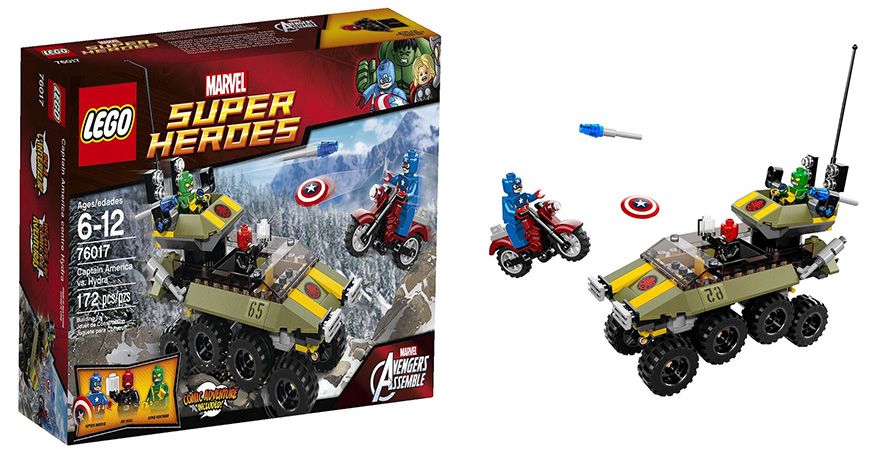 On top we can see two cockpits, one in the center and a second at the back, slightly raised. The central one, the biggest, is all surrounded by glass and has plenty of space for red skull and all the necessary handlers and a small control panel. Just behind it, a rotating platform is surely the best feature and the base for Hydra’s cockpit.

Being smaller than the other, this cockpit is more a control center of the vehicle’s fire power. With a big red skull sticker It rotates 360 degrees and besides the couple of handlers, it has two blue flick fire missiles, aside the cab, and two double spot lights at the back that include a big communication antenna. 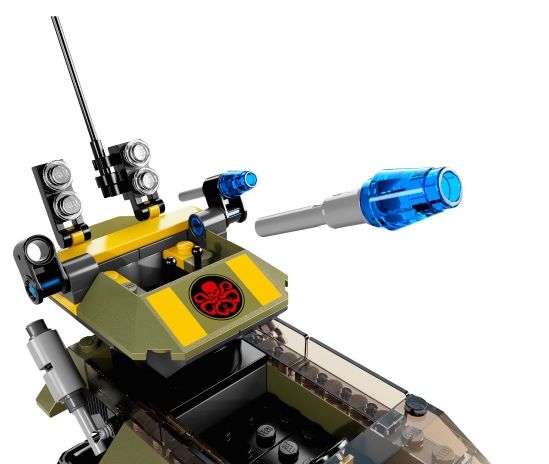 Having a look at the bike, there isn’t much to say, it uses the traditional dark red scheme and looks quite similar to the 2012 model. Overall this seems a really nice addition for the marvel family. The tank suspension and the raised cockpit look awesome as well as the three mini-figures. In terms of price, prepare twenty dollars which is not bad at all, after all we’re talking about one of the most expensive Lego themes.