The New Year brought the fans a great highly colored Super Heroes set with almost five hundred pieces. It features two great vehicles, the big Joker steam roller and a big black Bat Wing, and five mini-figures: Batman, Batgirl, Robin, the Joker and the Joker Goon, that have at their disposal a lot of tools and weapons to play with.

The Joker’s vehicle has at the front a big roller built symmetrically with two colors bricks giving it a very nice effect. With a structure made with technic pieces, it includes besides its smashing power, a couple of powerful rockets to fire against the batwing. The roller itself, as you can see through the pictures, is also able to turn a few degrees allowing the vehicle to move left or right.

The real axe is slightly smaller than the front one, which is not difficult, and is the base of the big green cabin. With a big smilling mouth at the front (the lips and the teeths are clearly identified) the cab has space inside for two mini-figures and some weapons for Joker and Goon. Behind it, the big engine gives the machine the necessary power to move and fight back the batwing. 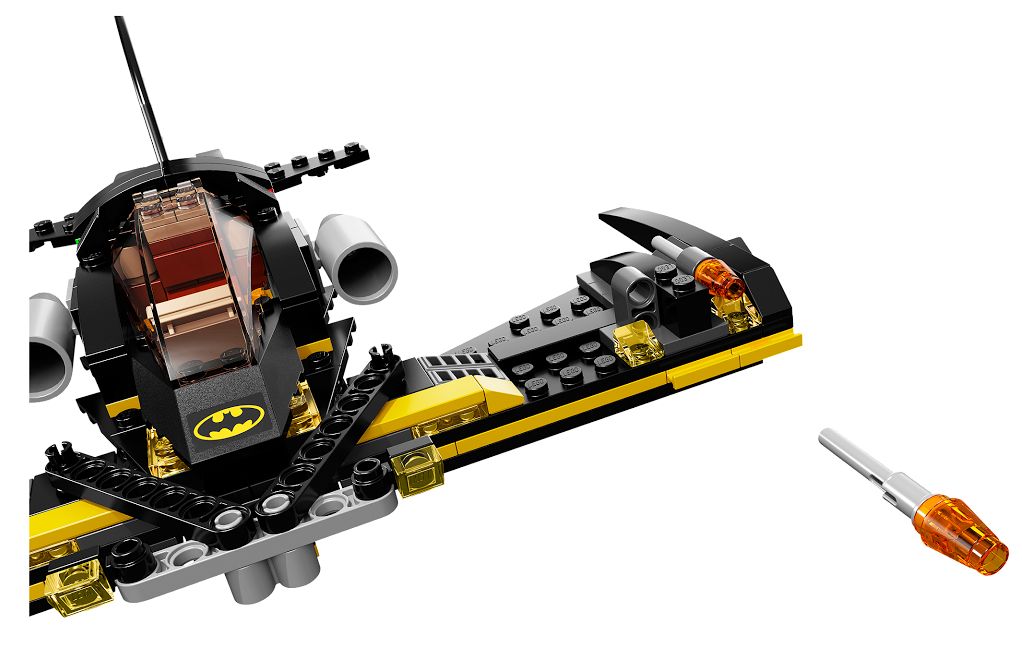 Continuing with the batwing, I guess that there’s no doubt that is a more complex vehicle that the Steam Roller. With the traditional black and yellow color shade, it uses many small elements which in part explain the high number of bricks that this set has. With a nice cockpit in the middle and two big rotors next to it, this great bat vehicle presents two big wings with two different positions, flying and attacking which is the same as saying that they move front and aside easily which definitely increases the playability. 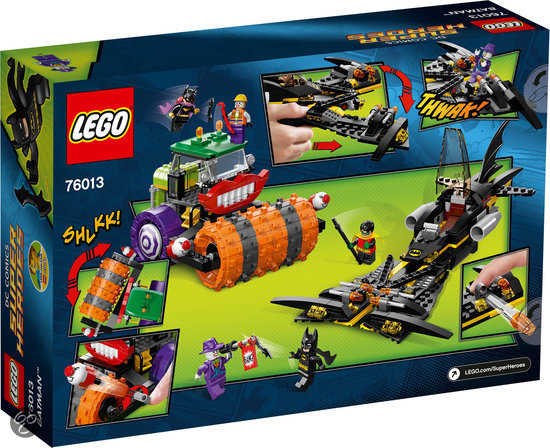 In the edges, four flick fire missiles (two on each wing) seem read to fire against Joker and stop its attempt of destroying the city. At the first glance I thing that it’s not perceptive but his is a highly armed set. If not, have a look: Besides the flick fire missiles there are also: a chunky roller, a few gas bombs, 2 Batarangs, a flag gun, a staff and a crowbar which definitely is more than enough to install chaos in town. The five mini-figures are all old friends but gladly keep the traditional accuracy filled with some really nice colors and details.

Overall the set really impressed me. Two great vehicles and a bunch of weapons to play with surely guarantee many hours of fun however my wallet will cry for sure. Super Heroes is probably the most expensive theme, nowadays, and keeping the tendency I guess that this set won’t be far from the eighty dollars. Enjoy the pictures’ details: