The first picture of the new Super Heroes set, Man Bat Attack, has been unveiled and with it some really nice details are now possible to see in a clearer way. As you probably know, the Man Bat Attack will feature three mini-figures (Man Bat, Batman and Nightwing ) and a nice Batcopter which is certainly the set’s highlight!

The number of pieces for now is not known but according to the retail price, $19,99, I would say that we’ll have some thing around the two hundred pieces, perhaps a little less. Don’t forget that this theme is probably one of most expensive in terms of ratio price per piece. 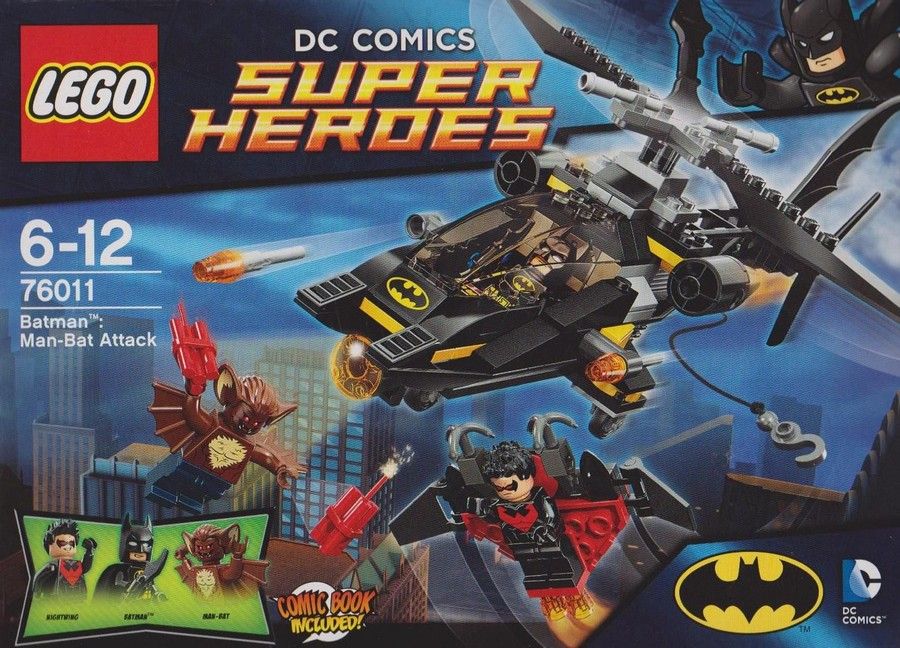 This time I will star by the three mini-figures which are definitely amazing. Batman is always an added value to any collection despite the several versions that have been released all over the years. With a nice black suite, it presents the traditional yellow and black logo in the chest and the usual mask.

Man Bat makes me remember the bats of monster fighter castle because of the evident similarities that they have. With a curious painting at the front, big ears and some wide bat wings, bat man has also a couple of dynamites to blast batman and its chopter. Finally, Nightwing brings a nice jet attached to the body, filled with a couple of interesting elements such as the winches or the small reactors in its feet.

Having a look at the masterpiece, the heli, I would say that on one hand it’s not particularly new in terms of design or idea, but above this , it’s absolutely amazing in terms of design and at the same time presents a few interesting features to play with. At both sides there are a couple of flick fire missiles ready to fire against Man Bat and at the back a nice and long winch, with, despite it’s not visible in the picture, a knob to maneuver it. 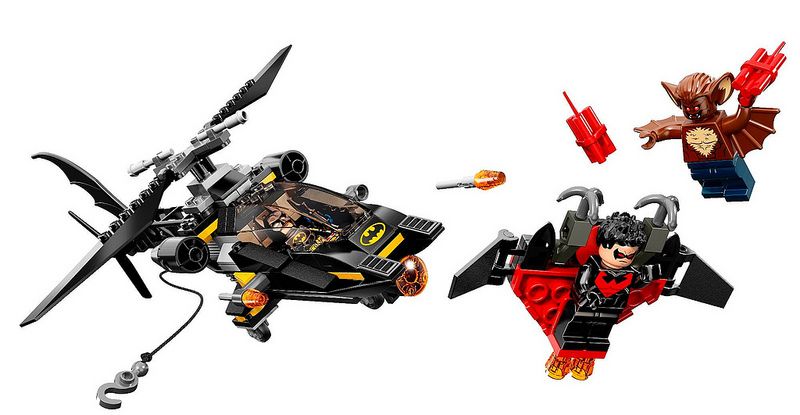 With a nice aerodynamic design, at the front, the cockpit presents a very long windshield which suggest more than enough space for batman that in the picture assumes a lying down piloting position and for the heli’s handlers. Just below it, a nice orange round piece features another powerful weapon ready to shoot against the enemy.

Behind the cockpit the all structure of the engine, reactors, and propeller is cleverly built giving the machine a fear and powerful look. The couple of reactors are placed just behind the cockpit, the propeller on top has an unusual design with two propeller and two small grey bars and at the back the tail couldn’t be better with a nice and long bat tail!

For the announced twenty dollars this looks a very interesting set. The mini-figures are awesome and the batcopter looks really nice not only in terms of beauty but also in we think about its playability. Unfortunately for know this is the only available pictures but I’, sure that soon we’ll see some nice extra details about it.