The smallest of the first 2014 DC Super Heroes set, the Penguin Face Off, features Batman, Penguin and their respective vehicles, a sort of aquatic jet for batman and a yellow floating duck for Penguin which looks very sweet and harmless at the first glance but being from Penguin we can expect some nice tricky features.

Besides those, there is a sort of small ice platform or block that has a little blue jewel sticking on the top and two nice and small Penguin robots, controlled by Penguin that are ready to throw some dynamite, every time that Batman tries to get close the ice block . 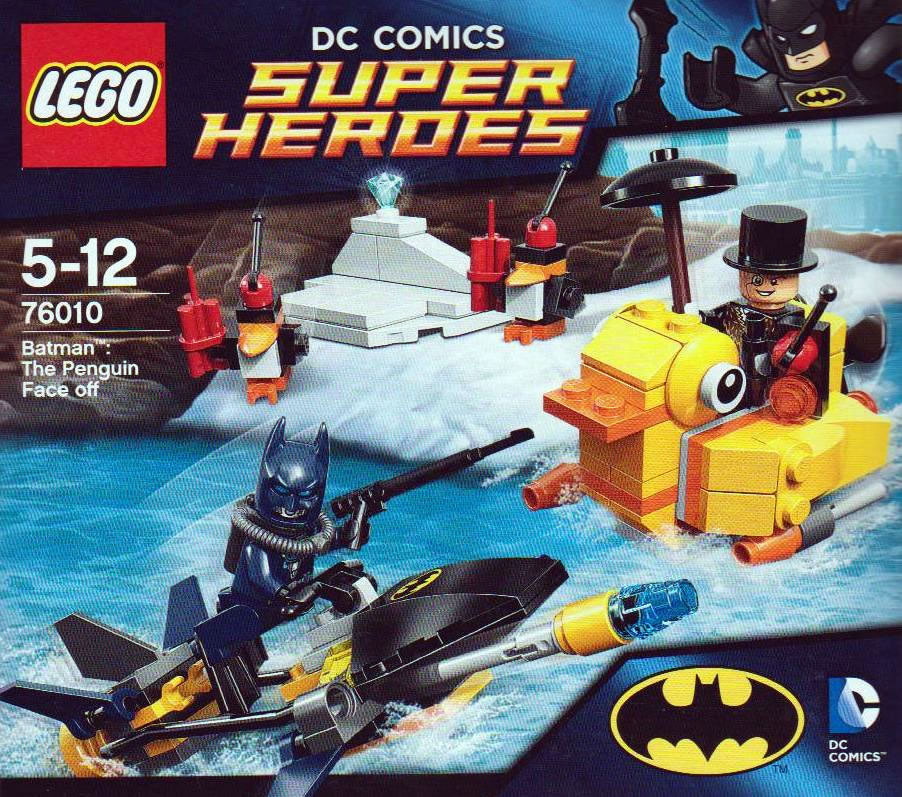 In terms of building, and looking at the picture, we can easily see that the entire set is built with many small pieces which explain the considerable number of pieces that the set has for such a small size. Having a look at the yellow penguin’s duck, I would say that the head is nicely recreated, behind it there is a nice seat for penguin and a propeller and below the structure the mentioned couple of flick fire missiles looks ready to shoot.

Batman’s water jet, on the other hand, is in my humble opinion much prettier than the duck. This art box picture isn’t the best to see all the details of this vehicle but for now it is possible to see a nice long nose at the front, a couple of flick fire missiles to fight back Penguin, some nice handlers and at the back there seems to be a yellow propeller. 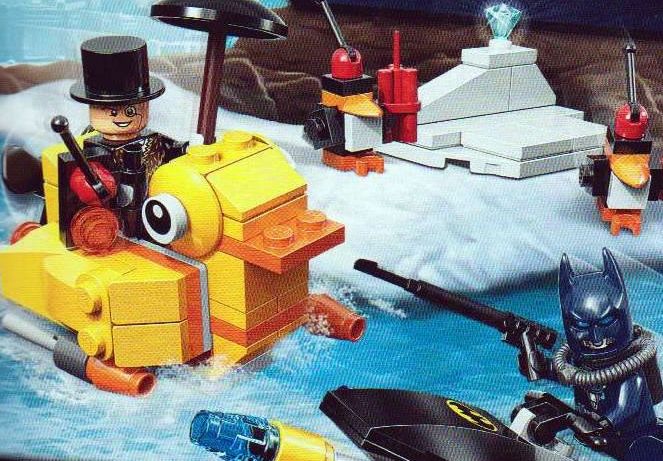 Finally a word for the two little penguin robots controlled by Penguin, they look definitely very cute. For entry, it’s an interesting batman water set, Batman looks pretty cool with its swimming suit, Penguin is also a nice addition, despite its presence in many other sets and if we look at the price, around fifteen dollars, it’s in line with the other theme’s sets.  Have a look at the gallery: