Here comes another superman set for the most loyal fans. The Black Zero Escape is a new Super Heroes set with hundred and sixty eight pieces that brings three mini-figures (superman, Lois Lane and General Zod, this time with an armour) and two distinct blocks: a sort of pod that keeps Loris Lane captured and a Control device for the General Zod.

This set is once again based on the new superheroes’ movie, Man of Steel, that will be on theatres next mouth. As the set box suggests the General Zod kidnapped Loris Lane and is waiting for Superman to save her. 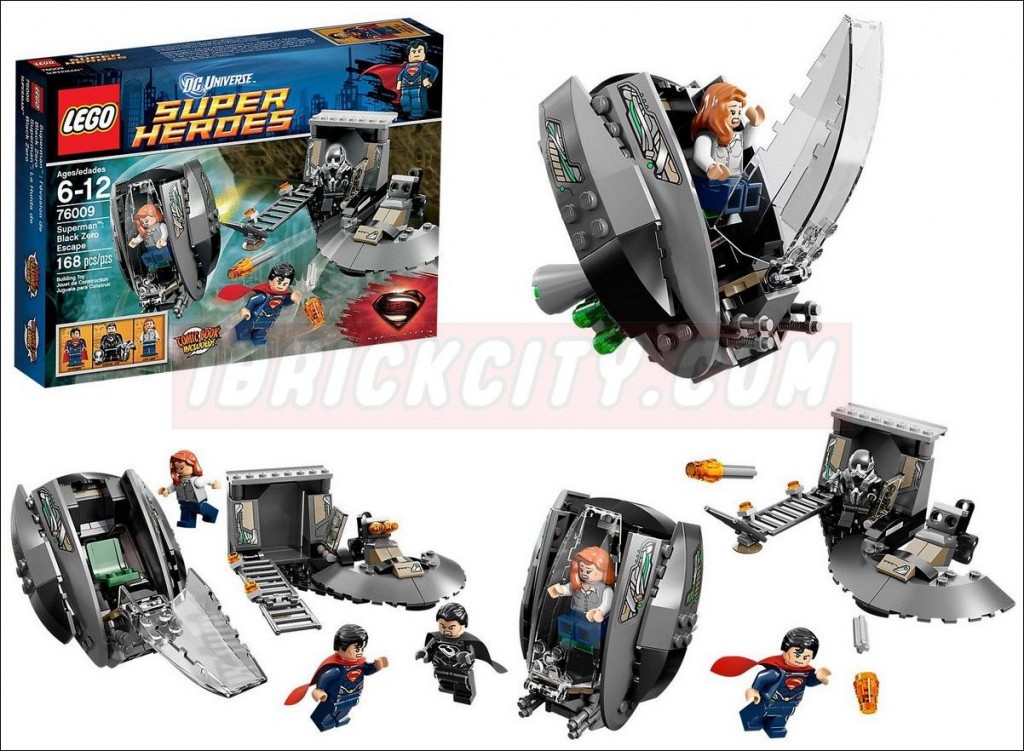 The grey pod definitely looks indestructible. Made essentially with big pieces that give it a solid structure, inside it has enough space, including a green and usual seat, for Loris Lane don’t suffer of claustrophobia. The big transparent door is also commonly used, namely on galaxy squad sets and opens easily thanks to the bottom mechanism. At the back we can see that the Pod has the capability of taking off, thanks to the green propellers, probably on General Zod’s command. 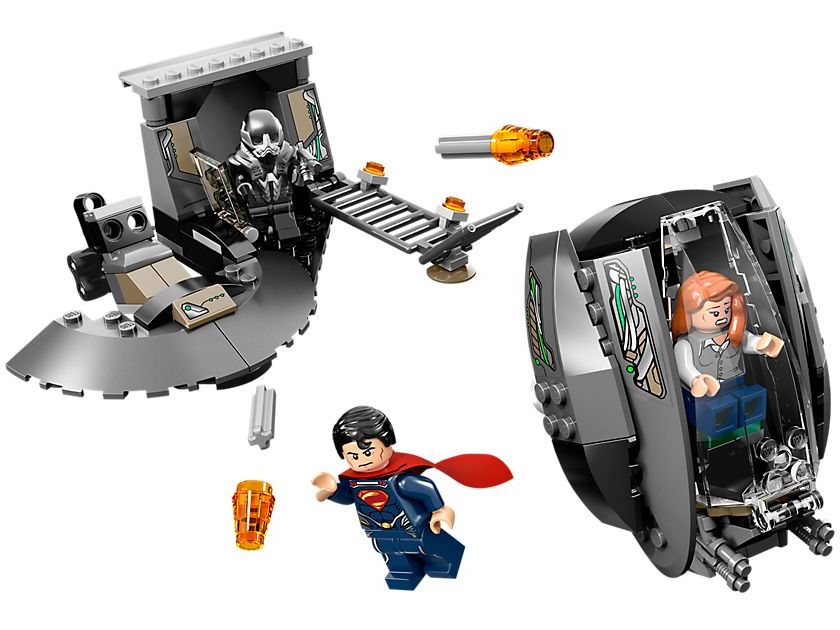 Looking at his control center, and having no term of comparison with the movie, I would say that it is at least weird. Built over a black base it has two distinguished areas. On the left there is a sort of base for the pod and just next to it a couple of flick fire missiles on a small structure seem ready to hit superman at any moment! 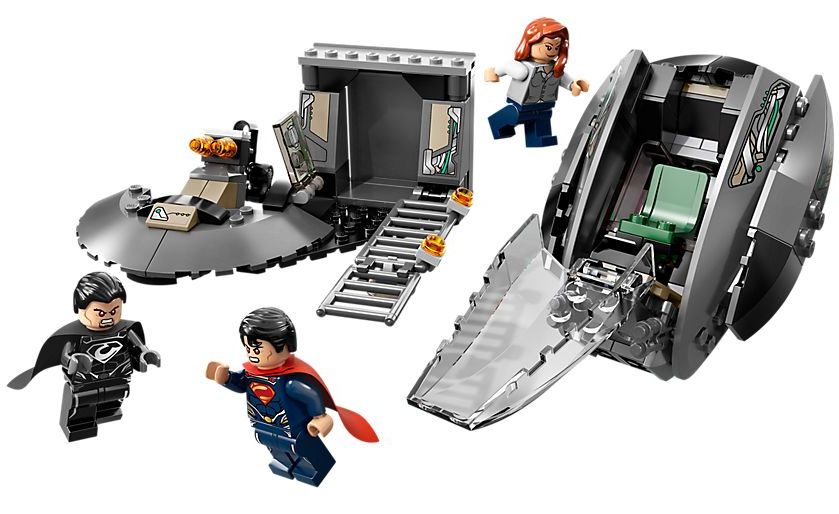 Globally this Black Zero Escape didn’t convince me at all. The playability isn’t much, on the contrary of the huge number of stickers, the mini-figures aren’t properly new (however Loris is really very nice!) and for the twenty dollars that it will cost I guess that there are a bunch of prettier super heroes’ sets. Please enjoy some additional images: