A big name for such a small set! The Ultimate Showdown is perhaps the smallest set of the Super Heroes summer wave of launches. It has less then hundred pieces and brings two mini-figures (Iron Man and the Mandarin) and a small buggy with a rotating flick fire missile launcher at the back.

The buggy looks really nice. Made with a bunch of different color, in terms of structure it makes me remind the little Dino Ambush Attack, despite all the differences in terms of features and colors. With an aerodynamic front, it has a seat for the Mandarin that is slightly lowered among the little buggy’s structure. 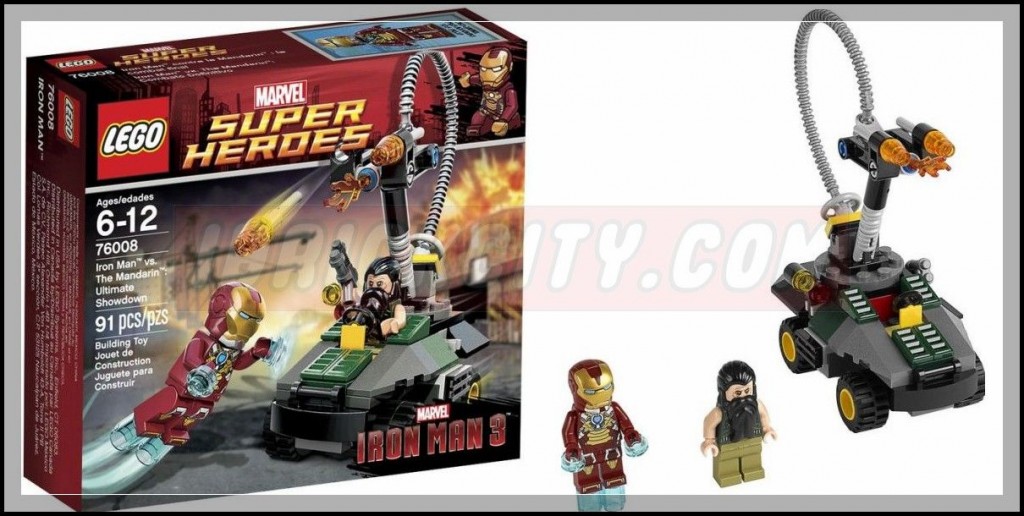 At the back, it takes place the main feature of the set: a big rotating flick fire missile launcher. It looks a bit more complex that the usual in terms of building because it not only uses a few different technic pieces but most of all because it has that big grey hose which seems a sort of fuel tube. At the top a couple of orange flick fire missiles are ready to be used against iron man, chasing him over every possible angle. 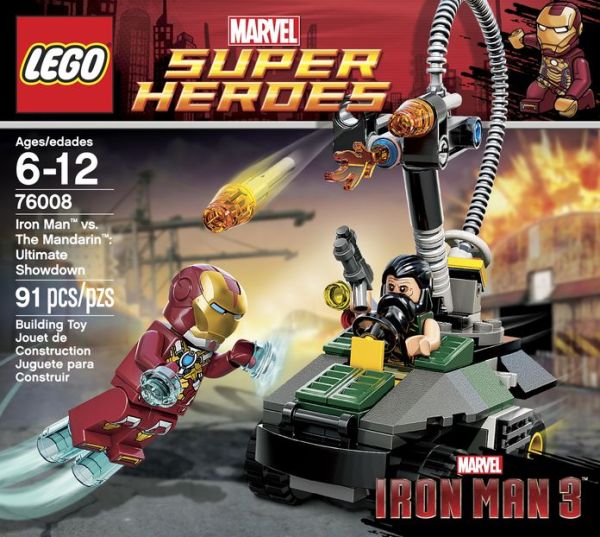 Talking about the mini-figures, I don’t know specifically why but the Mandarin didn’t catch my attention, perhaps because of its dark hair and its big beard. On the other hand the Iron Man is definitely rather well accurate. With or without the blue bricks, it looks very nice, highly detailed in terms of printing and the mask is in my opinion its highest point. 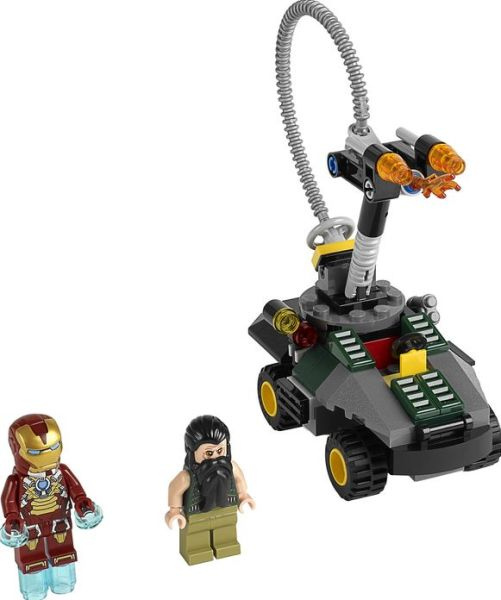 Being planned to be on stores next April, it will have a retail price around thirteen dollars, which is a bit expensive if we consider the number of pieces. However and according to what have been the Super Heroes sets, in terms of price, I would say that is in the usual range. 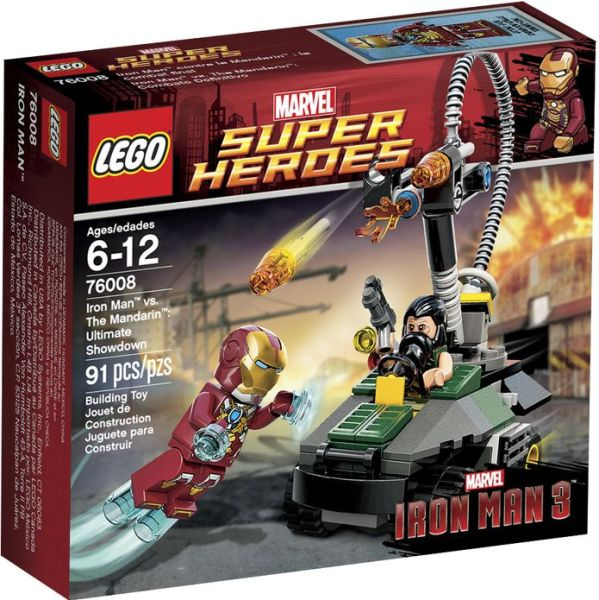