The Malibu Mansion attack is a new Super heroes’ set that will be released next spring, perhaps in April. With about three hundred and sixty pieces it has the Iron Man as the base for the sets environment. But besides him, there are another four great mini-figures: Pepper Potts, the Mandarin, Tony stark and the Extremis soldier.

Being based on the last Iron Man’s movie, this set recreates the scenes where the white Mansion is attacked by the big and powerful helicopter. Yes, as you have already imagined, the set also has a mansion (actually it is only a part of it) and a great helicopter piloted by the Mandarin.

Unfortunately, through these pictures we cannot see all the features and details not only from the heli but also from the mansion, but right now I have already a clear opinion on two things: I don’t like the white mansion, it looks something unfinished and on the other hand I really enjoy this new helicopter. It looks definitely a war machine! 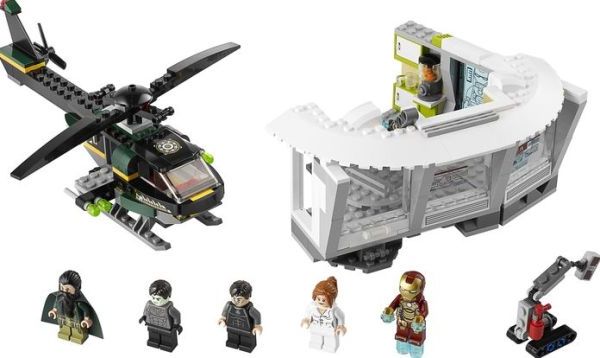 Made with a reasonable number of different color, where the predominant are black and dark grey, the cockpit is different than all the latest models, because it not only has a sharp windshield but also a removable roof in order to increase the playability. Inside, there is space for a pilot seat and a couple of handlers. On both sides there are two flick fire missile launchers. 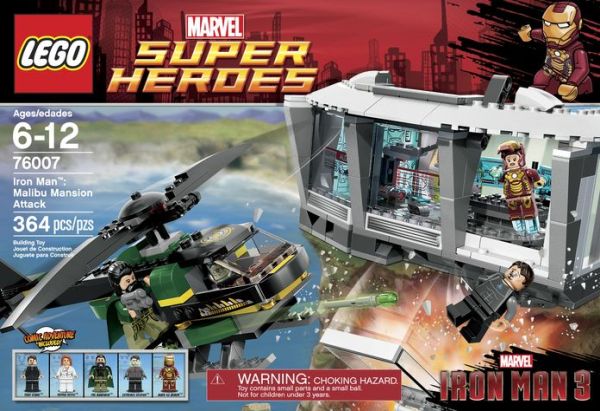 The mansion is weird, or at least a bit unusual. Built over a grey base, it is made entirely with white pieces. The main front has three big windows and inside there is space for some different features such as a small kitchen that includes a couple of cupboards and a small machine with an orange liquid and a white cup. 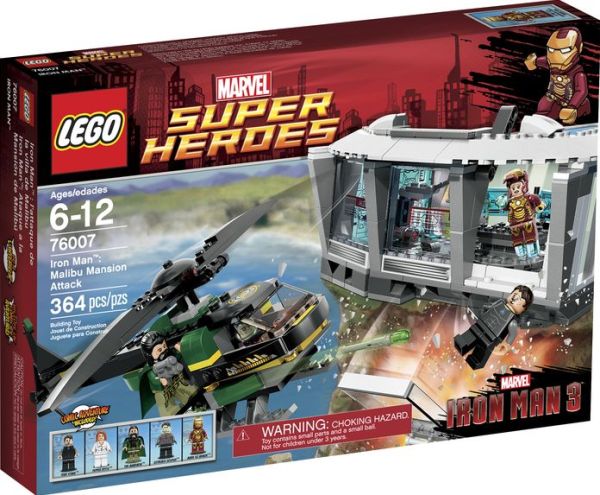 Looking at the big front, we can see that there is a slight difference between the three windows. Two of them have stickers and apparently they are unmovable. On the other hand on of them, on the edge, looks breakable – at least there are two little pieces that suggest it- being a possible escape from the inside. Finally there is also a small robot made that has the same size of the mini-figures.

Globally, it looks an interesting set – the retail price will be around the forty dollars- , most of all because of the great battle chopter and of course the five new mini-figures. If you’re an Iron Man’s fan, probably you’re calling me crazy but honestly I didn’t like the building. I surely hope to change my opinion when I see better pictures of this iron man set.