The Daily Bugle Showdown is one of the new Super Heroes’ sets that will be release soon in the beginning of 2013. The expectation was high and this set surely didn’t defraud it. The set has almost five hundred pieces and is constituted by a big building, five nice mini-figures, a big garbage can and a nice airplane with a design typical of the theme.

The big attraction of the set is obviously the big building with three floors which is, as you know, the headquarters of the Daily Bungle, a fictitious newspaper of the Spiderman’s movies and cartoons.  By the available pictures it is not possible, yet, to have a clear idea of the inside features but there are fortunately some clues. 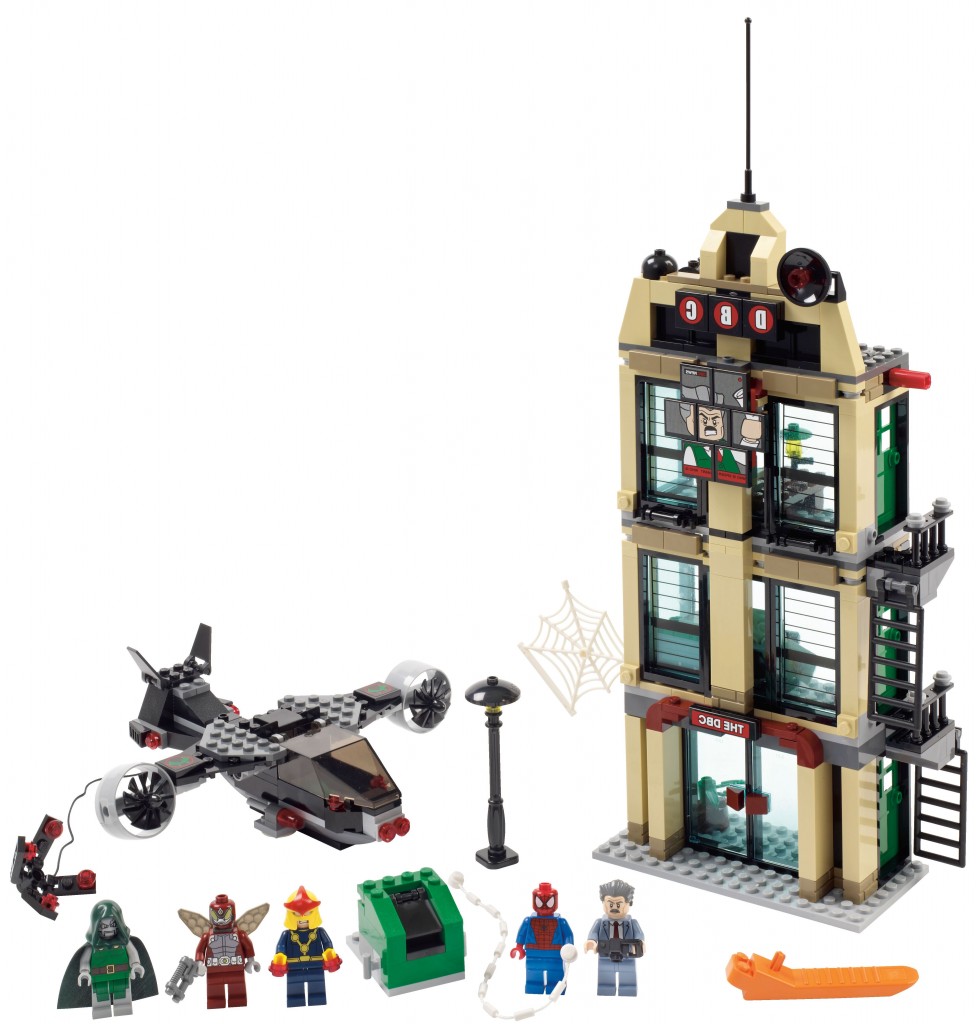 Globally, the front of the building is constituted by light brown columns and plenty of windows with a fantastic final result. At the top a couple of big antennas give the building a communication’s look proper of a newspaper headquarters.  On the left side there is also an emergency ladder which is quite unusual in Lego building. Definitely is another nice detail. And to remember that we’re in presence of a Spiderman’s set, there is an enormous web attached to the opposite wall. 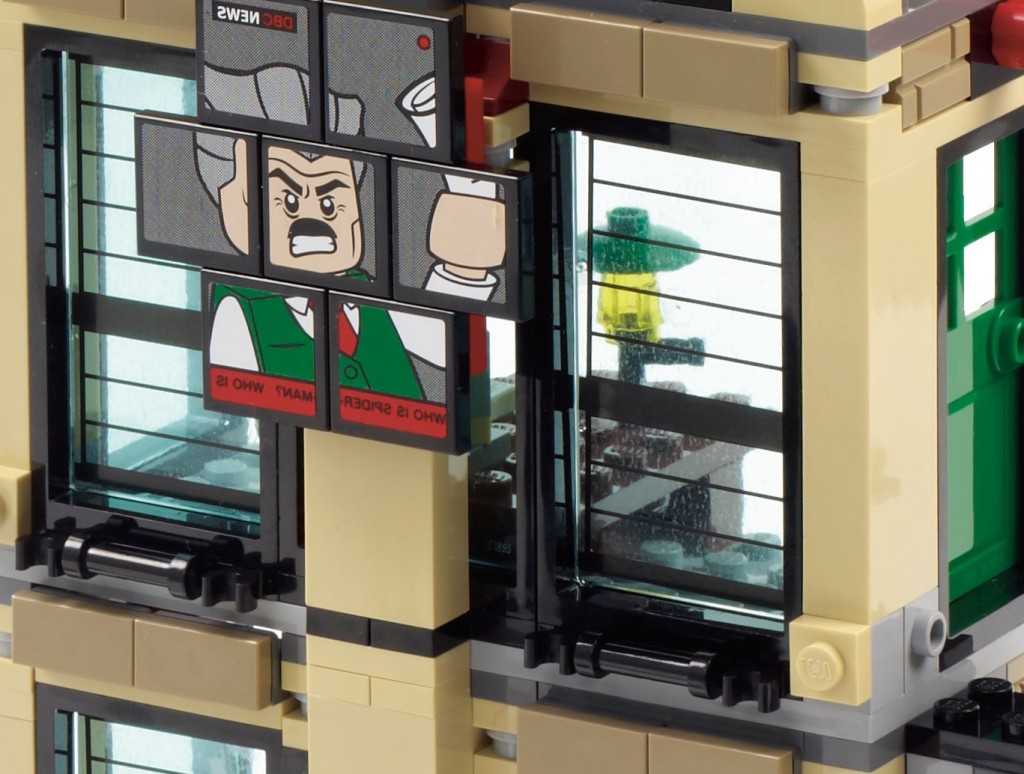 The ground floor has an impressive entrance with a big door, the first floor the fun continues because there is a mechanism which allows breaking out the window and highly increasing the playability. Finally the last floor there is a sort of office with a desk, perhaps a small chair and a lamp. On the outside an enormous screen with the Jonah Jameson’s face and he doesn’t look pretty happy. Overall, this building is very beautiful and is surely a nice addition to a city.

Enough of the building, doctor doom has a new plain fight with Spiderman and it couldn’t be better. Two big side propellers, a huge cockpit with glasses everywhere, a couple of missile’s launcher and a long cable with a big claw to catch Jonah Jameson are sufficient arguments to consider it also a nice part of the set. The plain is really very good. 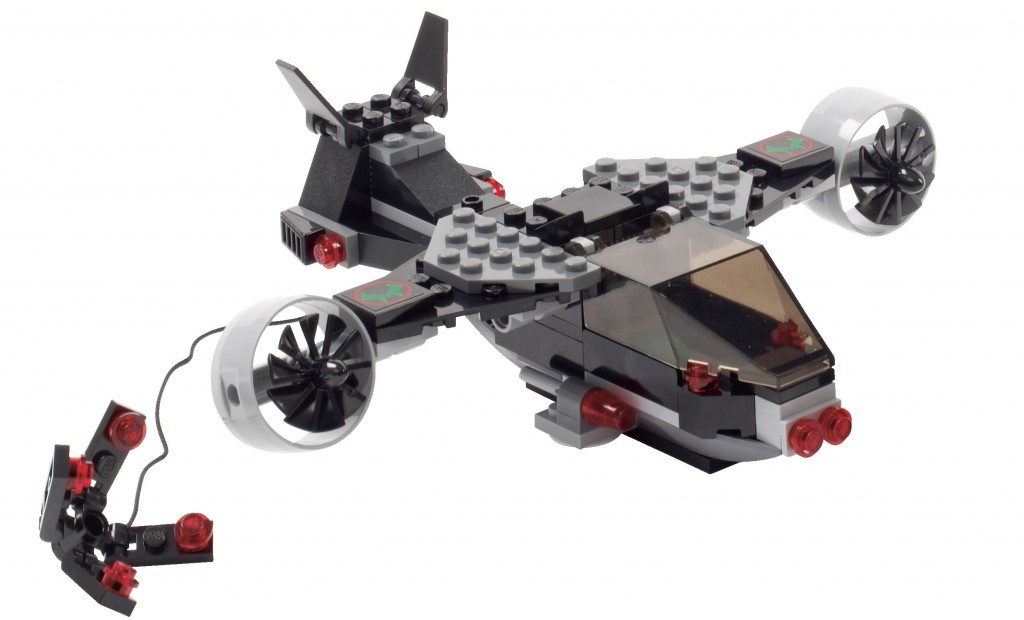 Finally the other two mini-figures are Nova and Beetle which are certainly a good addition to any mini-figure’s collection. Talking about the price, several sites in the internet talk about fifty dollars which look fair according to the quantity of pieces. Next January we will confirm it. For now, please take a look at the available pictures: