The Spider Cycle Chase is a new Spider Man set that begins now to be available on stores. With about two hundred and forty pieces, it includes three nice mini-figures (which are Spider Man, Venom and Nick Fury) and two vehicles: Nick Fury and Spider Man Motorcycle that can easily fly.

The set is based on a Spider Man episode that recreates a scene where Spider Man chases Venom because he is being blamed by every one of the evil things that Venom has been doing.  And to chase it, Spider Man uses a nice cycle that assumes not only a road look but also and through an easy transformation, a flying position. 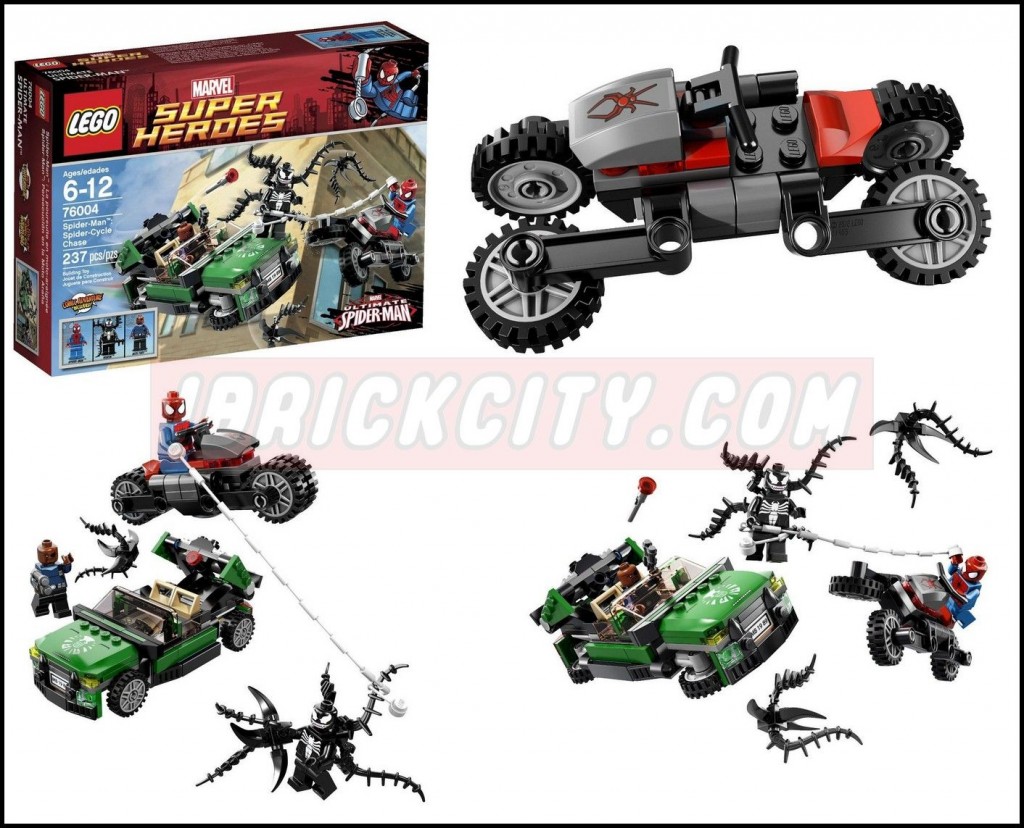 Although its short size, it has however some really nice features such as the  four wheels axles that easily turn 90 degrees in order to start flying, or for instance the small hood with the printed spider (this one unfortunately is only a sticker). Unluckily it has no kind of weapons which is understandable because spider man simply never uses them. 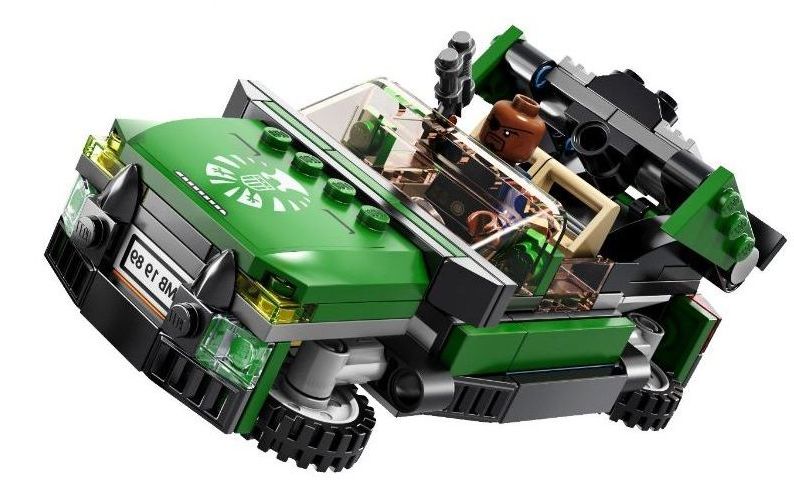 Talking Nick Fury’s green car, that is the set’s main attraction, I must say that this sort of convertible is really very nice. It has everything that a real sport car needs: A big engine (at least looking at its hood’s size…), a sharp windshield, a great driving position, a missile launcher, hidden just behind the cockpit, and a big aileron at the back. 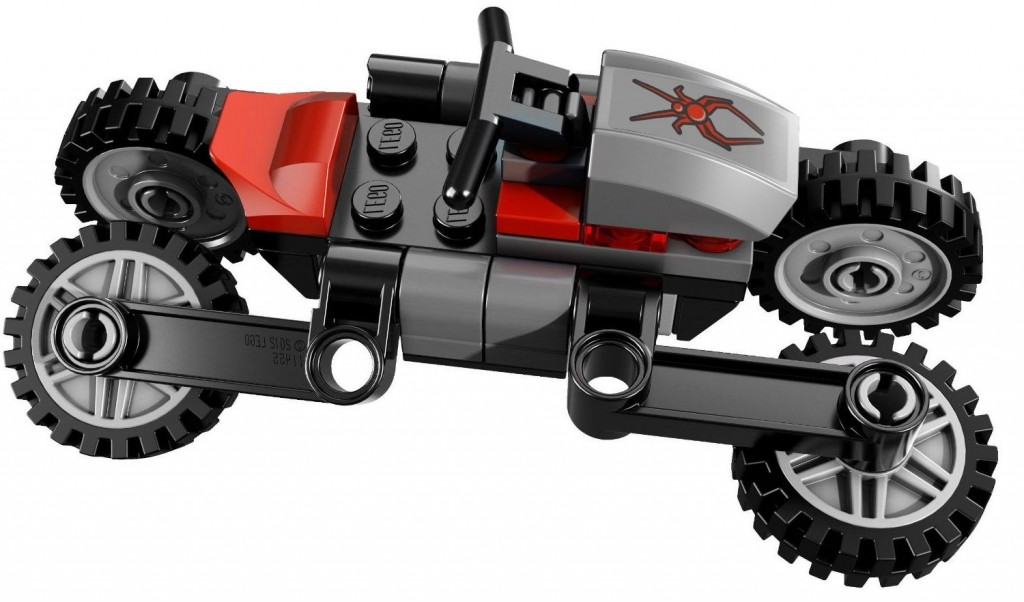 But just as the small motorcycle, the four wheels shrinks into the structure and the car is ready to fly through the city’s airspace. A couple of technique pieces are responsible for this nice mechanism which surely increases not only the vehicle’s playability but most of all the fun over all the entire set.

The mini-figures are highly detailed with, over course, a special reference to Black Venom and its big arms, and everyone of them has special accessories: Spider man has a big white net, Nick Fury has a couple of shotguns and Venom  has two big black stars. 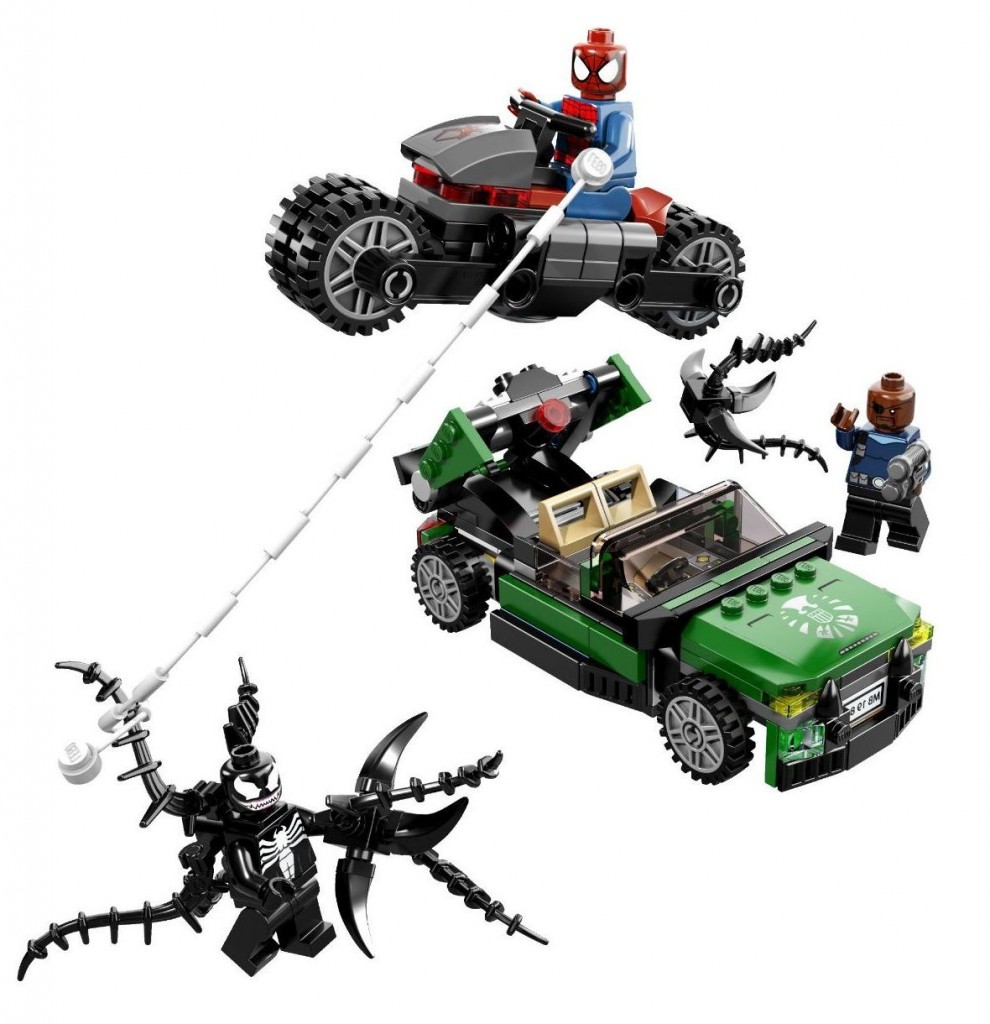 Twenty dollars honestly surprised me. A superheroes’ theme with more than two hundred pieces for this price is surely a deal that I will not miss next year, on a store nearby.