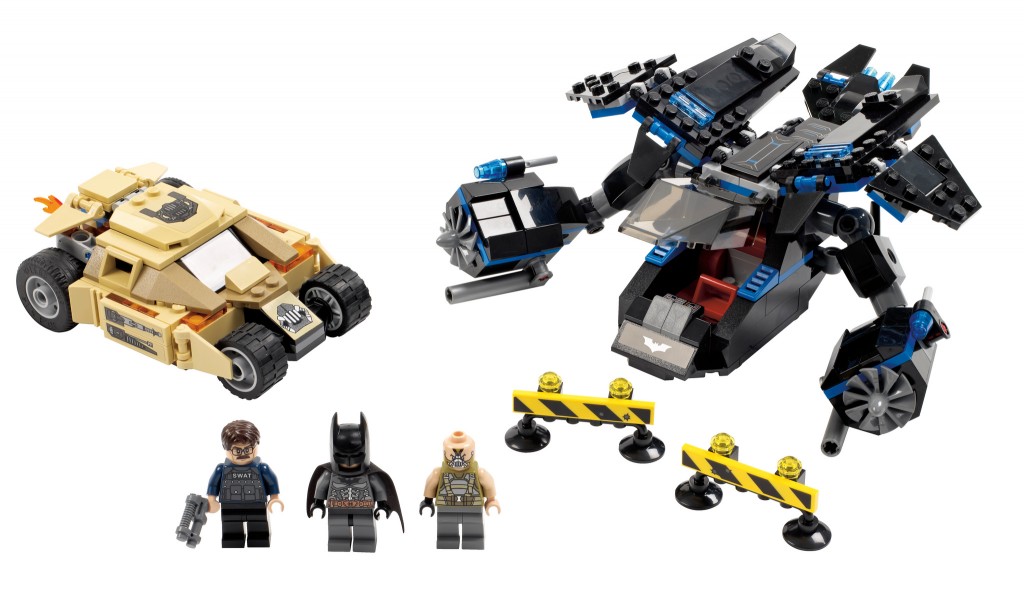 Starting by the Batwing, I would say that it can assume several looks, because not only it has two retractable wings  that may assume several positions but also because there are two long side arms with a couple of propellers and a bunch of weapons such as rocker launchers or even two big cannons. This blue and black machine has also a nice cockpit with enough room for batman and a small control panel at the front. The windshield is the only way to access it, so it opens easily for a better playability.

On the hand, the tumbler is perhaps the weirdest vehicle that I’ve seen in the last times. First of all, it is rather large. By the pictures easily we can see that it is ten dots wide plus the extra side pieces, which puts it clearly above the average width, and its wheels are also a bit unusual.

The cockpit looks minuscule but has enough room for a mini-figure. All around the vehicle, we can see some stickers which personally I don’t like. Although it is not one of my favorite machines, I guess that the diversity and beauty of its colors will be enough in terms of esthetics. 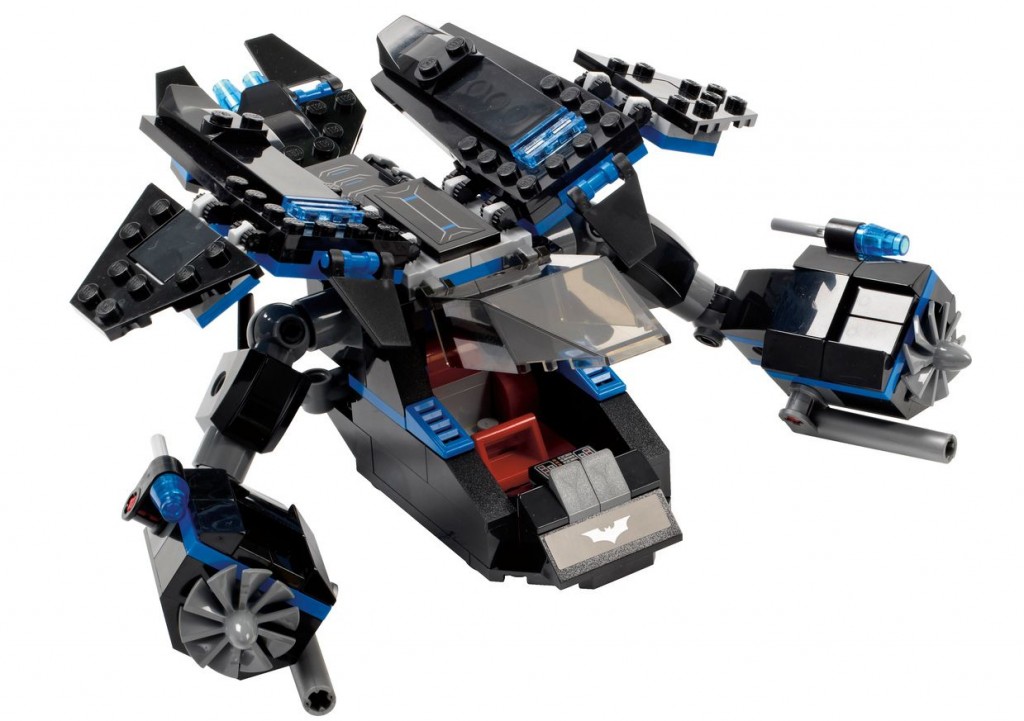 Forty dollars for this set doesn’t look much but I guess you really need to be a batman’s fan to buy it. There are surely better sets for this price despite of the batwing’s features that I think that are quite well achieved