A new and extremely rare speed champions set has been found on eBay and it won’t certainly be easy to see it many times. Why? It appears, according to the name, that it will be only available as a gift to the F1 Mercedes Team members and who knows, later on secondary markets.

The box will feature the Mercedes Petronas F1 Car and a mini-figure in a total of hundred and twenty pieces. However, lucky, the F1 is not exclusive of this set, being exactly the same of the model present in the bigger Mercedes AMG Petronas Formula One Team set (75883). So gladly it won’t be impossible to achieve it, although with a not very appellative price (around hundred bucks). 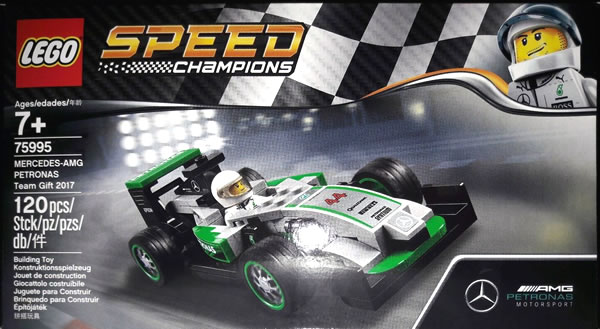 The F1 looks pretty cool with some nice green shades, including the rims, and the pilot will presumably have a Mercedes white suite. Looks like that the set has been available for a short period on ebay, with a price around the seventeen pounds, but I think that we won’t see it again, at least for that price.