I’m not a particular fan of the Harry Potter sets, but I couldn’t be indifferent to this new train, the Hogwarts Express. The new Wizarding world set features a new Locomotive with a carriage, a nice but very particular railway station, and six mini-figures (Harry Potter, Ron Weasley, Hermione Granger, Remus Lupin, Trolley Witch and Dementor) with assorted accessories, in a total of eight hundred and one pieces.

The Vintage Locomotive looks absolutely beautiful! With a nice color scheme, mixing red and black, it shows a long steam engine with some pretty golden pieces on top. The ten wheels responsible to move the train are the usual but the long bar that moves just as the train starts, surely is an unusual detail. 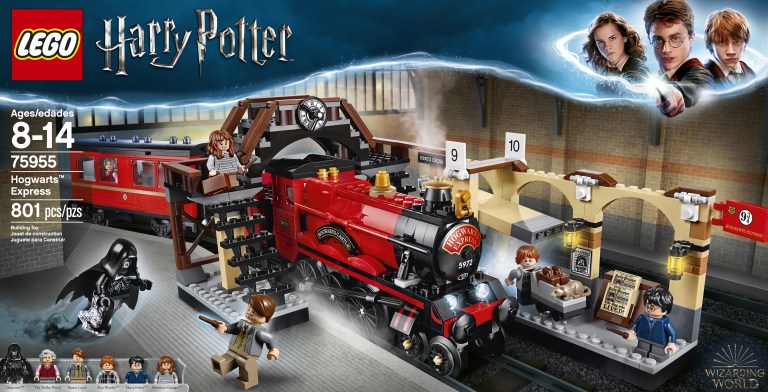 The cabin seems to have appropriate space for the man but most of all, it will surely have eight available studs to put the IR receiver! And just behind it, the coal car, extremely similar to the Christmas train, will also have the possibility to transport the batteries and overall receive all the power functions tools to electrify the train. 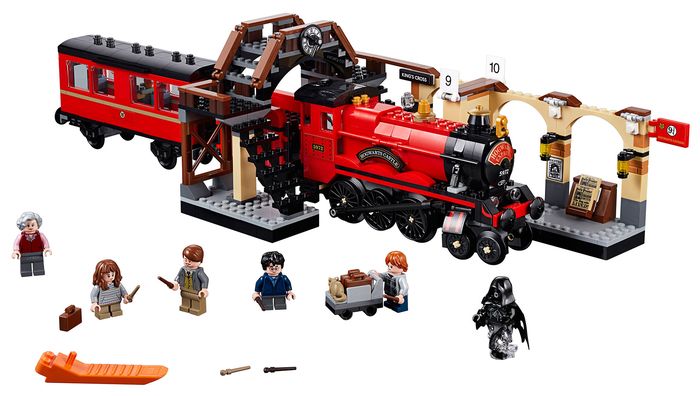 The passengers’ carriage looks also pretty interesting and shows some really nice details to enjoy. The roof seems detachable and inside it is possible to find three nice blue seats as well as a small cart. Unfortunately the attaching mechanism is not magnetic which reduces the chance of putting it on other trains but I’m sure that it will certainly be possible to modify it.

The small station is also a nice addition, not only to the set but also to any town. With a long deck with columns and lights it shows also some ladders that allow to pass to the opposite side at the same time that the train passes. I wonder if it has the necessary height for other locomotives… At the first glance I do think so!

Overall, it’s surely a must for the Harry Potter fans and also for the train lovers like me. The train looks absolutely nice, with plenty of nice details, the station despite being simple is also a good addition and the figures are as always pretty accurate. The set should be available on retail next summer with a price around the eighty bucks. Enjoy it! 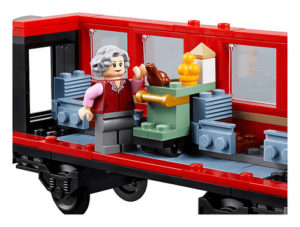 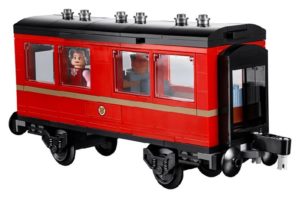