The Raptor Escape is a new Jurassic world set and the only one from this new wave that was still unknown in terms of look and features. It will bring a bit less than four hundred pieces and will feature a sort of containment station, a cool ATV, two mini-figures (Vet and Berry) and a couple of Dinosaurs named Charlie and Echo.

The station, at the first glance, looks highly secure, with lots of stuff to difficult the Dinosaurs’ escape but, as the set name suggest, they will definitely run out from the station. In terms of playability this idea looks definitely great.

The station has at the front a big gate with a red light at the front , involved on two big columns that include a couple of flick fire missiles with tranquilizers. The gate can be easily raised allowing the dinos to enter into the big space and the research area is all surrounded by tall barriers that according to the pictures are electrified. 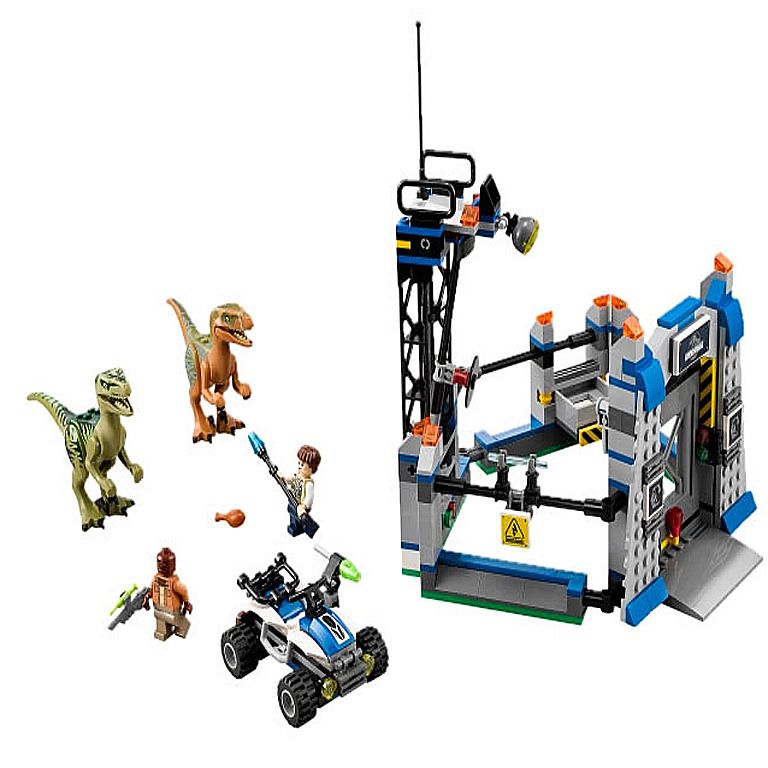 At the back, a big tower features on top a small platform with a spot light to oversee the animals and a usual antenna. The best part seems to be that this small base collapse to the interior, making the poor Vet to fall to the middle of the dinosaurs.

Having a look at the ATV that is piloted by Berry, it looks slightly bigger than the usual, but shows the most common features such as a small bar on front, a seat for the driver with a handlebar, a small step to climb into the interior and at the back, the most unusual, an engine with two exhaustion pipes. The ATV brings also an additional green flick fire missile to hit the escaped dinos. 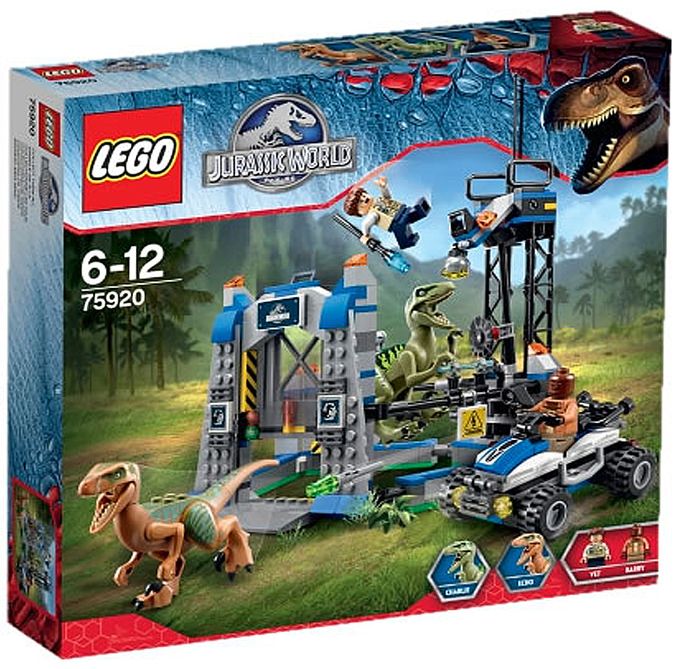 The mini-figures look nicely accurate and bring assorted weapons. Overall, it looks a good addition to the theme. The playability is good as well as the integration with other Jurassic World sets. Finally, the price should be in line with the rest of the theme, retailing around the forty dollars.