The refueling station brings a couple of hoses, giving the possibility of fill in two cars at the same time. The small mechanism on the top allows them to move left or right according to the car’s position inside the pit. Next to it, the control room seems to have a lot of information for the team.

Up on a white cabinet there are three screens with different information. Unfortunately I bet that they’re just stickers instead of printed pieces. Above them, a big flat screen will for sure show the race broadcast just like on real world race pits. The third part of this pit is a big rack with six clips and a single stud with the respective tolls with the details of all of them are different from each other. 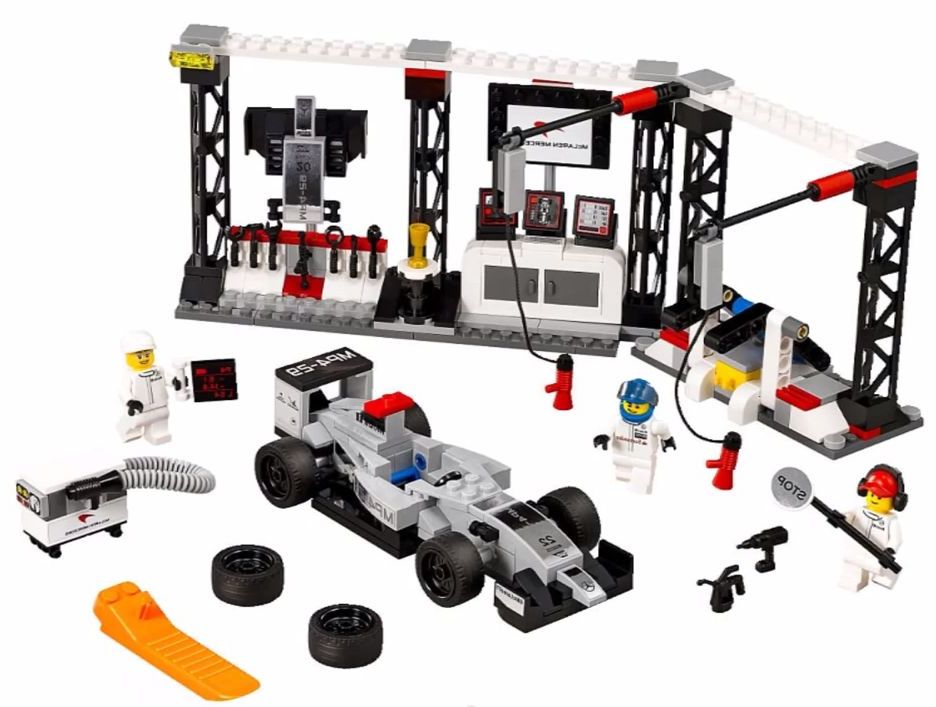 The F1 racing car is built with grey pieces, the McLaren’s traditional colors and at the first glance it looks very similar to the Ferrari F14. The cockpit has only the necessary space for the pilot and a steering wheel, the front bumper, as you have guessed, is easily detachable and replaced by the other (they’re slightly different) and the black tires definitely give it a very cool look. 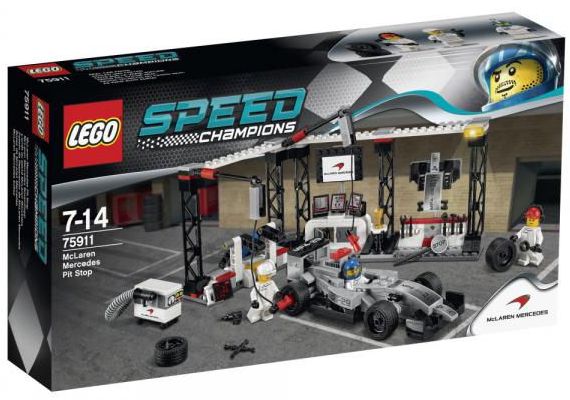 The mini-figures, just like the rest of the theme look pretty cool, and are indeed an extra reason to acquire the sets. All of them have white suits with the McLaren’s logo and the crew members have also a couple of additional accessories. Overall this looks another Speed Champions’ must with lots of interesting details and a huge potential in terms of playability. There are no details for now about its exact size or price but I’m sure that we’ll soon discover it. Enjoy the pics!