This new McLaren P1 is definitely in my wish list (I think that all these small Speed Champions sets are…)! It’s rather pretty, it doesn’t seem expensive (I would say that it brings a bit more than hundred pieces…) and all those little details on such a small car are absolutely amazing. All the design is perfect!

The front is all built with several small pieces, most of them curved, and the lights seem represented with a couple of sticker. The black bumpers as well as the four black tires make a very interesting contrast with all the yellow structure, making this McLaren a really must have racing car. 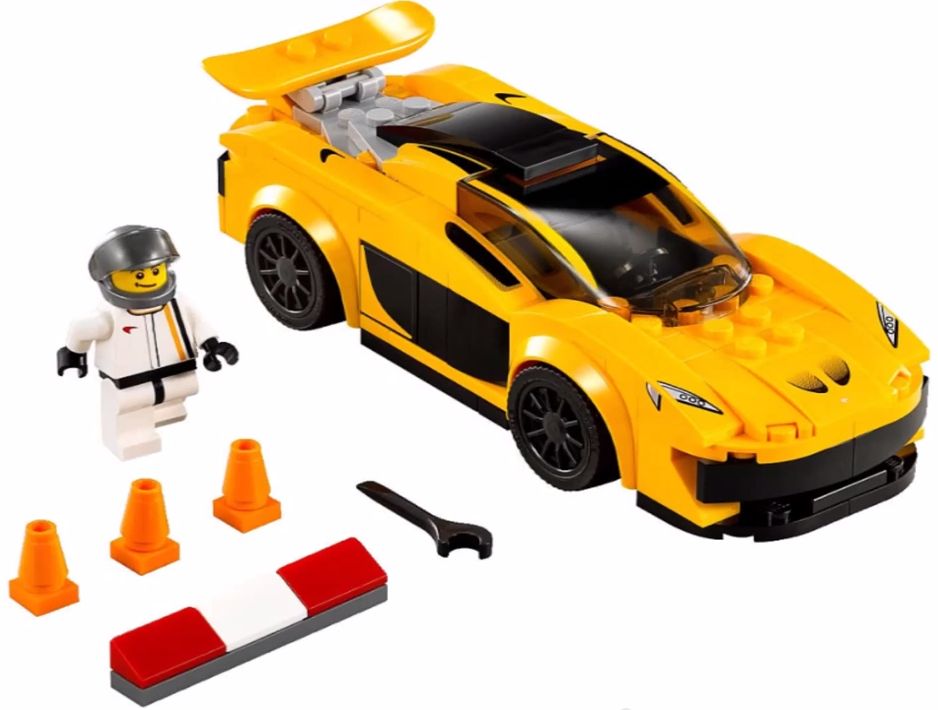 The cockpit respects the car’s aerodynamics

and brings a black windshield that I think that is new. Inside we can a see a steering wheel but I wonder where the pilot will seat. To access it, and as far as the images shows, I think that the only way is detaching the black brick just above, in the roof, and remove the windshield.

The engine, once again placed at the back, seems quite discrete with only a few grey pieces but I think that that’s the best that could be done. The yellow aileron can be moved to several angles and I must say that imagining the back, since that aren’t for now any available images, I‘m quite curious to see how this model looks like! 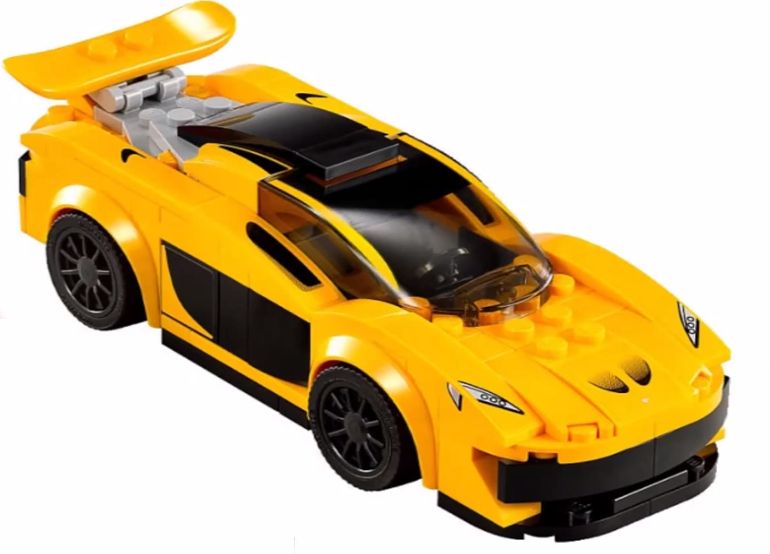 The Pilot looks really nice with a white McLaren suit and, as an addition, the set features also three red cones, a wrench and a speed bump. With a release date planned to the beginning of 2015 I can’t wait to get my hands in these speed Champions’ cars! Enjoy the pictures, they’re surely close to reality!