I love these new Speed Champions’ sets and this new Ferrari 458 Italia Gt2 is no exception. The box isn’t big which means that it won’t be very expensive and will be almost for sure one of my 2015 acquisitions. Besides the racing car, the set features also a pilot and two small accessories, a trophy and a wrench.

The Ferrari is obviously built with red bricks but is perhaps, in this theme, the car that uses more stickers with especial highlight for the Italian flag that is present in the entire vehicle. The contrast of the red with the black tires looks extremely beautiful as well as the rear windshield that is also presented with a sticker.

The front is considerably long and aerodynamic, just like the other models, with plenty of little details. The cockpit looks big, at the first glance bigger than the other cars and the black windshield definitely contributes for that perspective. There are no doors, so the only way to access the interior is by detaching the glass which I think that it won’t be hard. 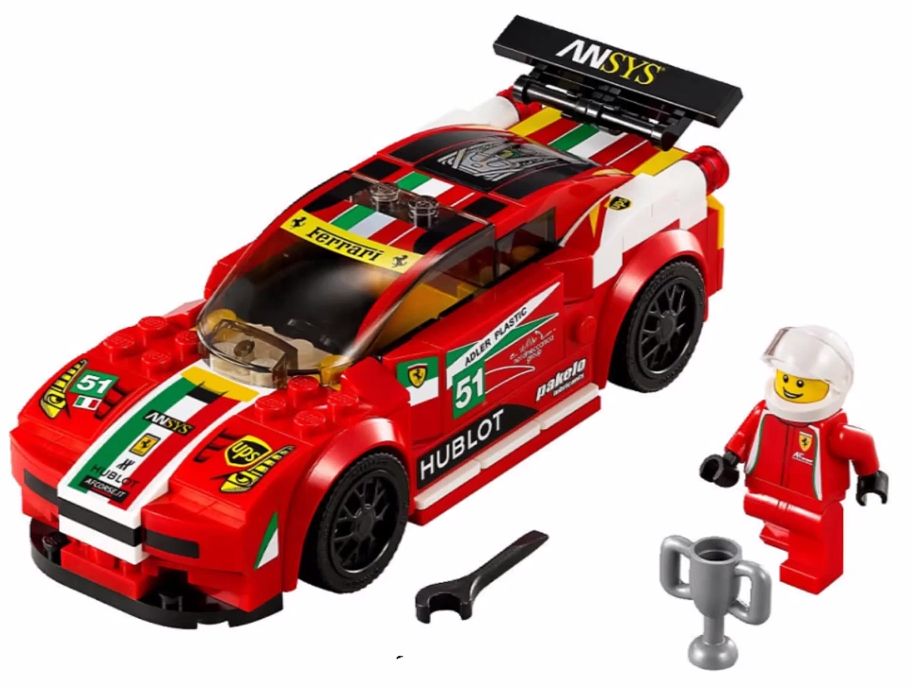 The back, that includes the engine, unfortunately, isn’t so visible but through the pictures, I would say that is perhaps the most colored part of the Ferrari. The mini-figure has a red suite with a Ferrari logo which is also an extra reason not to miss the set. The set should retail around fifteen dollars and will be available in the beginning of 2015. 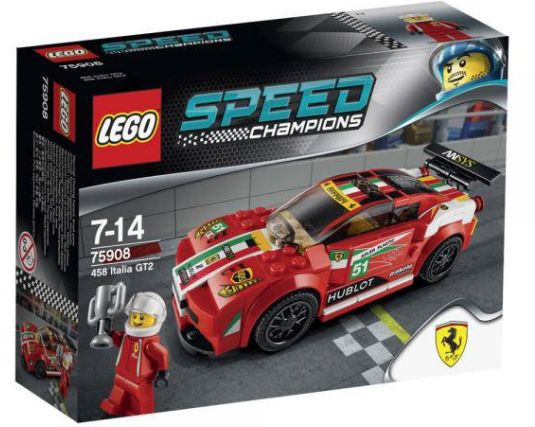