What a great start!! As you probably read in the past days, the rumor that mentioned Top gear as one of the new 2015 themes was not confirmed and gave place to the new Speed Champions and among it, this awesome Ferrari F150.

There are no official details, for now, about the set namely size, availability or prices but the image looks very clear, this it’s almost for sure a really nice 10 dollars set (perhaps a bit more) with around hundred pieces that as you can see include besides the Ferrari, a mini-figure and a racing sign. 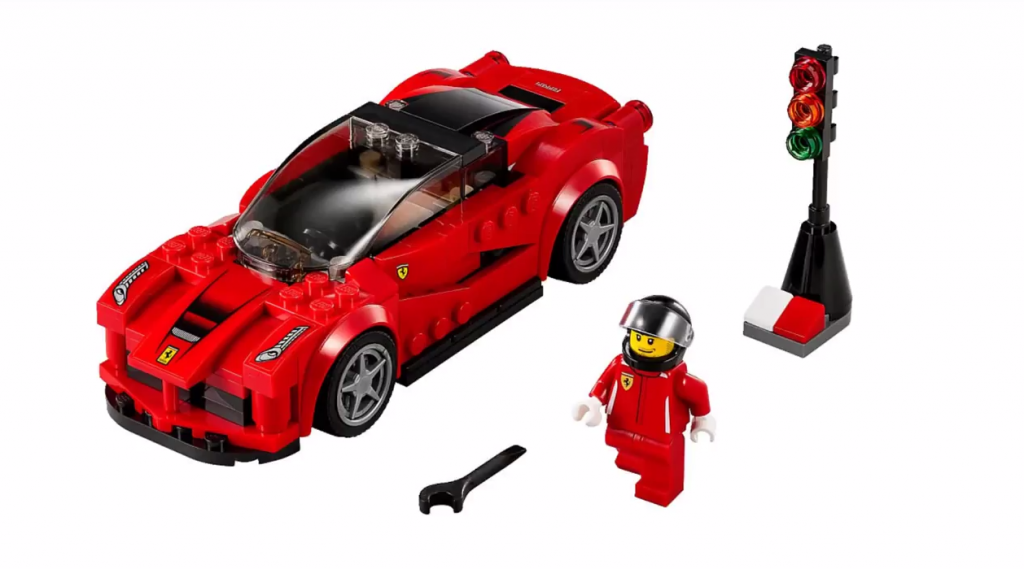 First of all, I think that is incredible the bunch of amazing details that we can find on such a small vehicle. At the front, the hood looks quite different from the usual with a central salience and a big black air grille just below it. The stickers, on the edges, which normally I’m against, this time, look absolutely great.

The green wheels, that I think that I’ve seen before in previous models, have five spokes and looks perfectly mounted under the chassis. The cockpit seems very large with space not only for the pilot but also for the steering wheel and for the special racing seat. The windshield is the only access to the inside and my only doubt for know is if it opens or do we have to detach it from the rest. 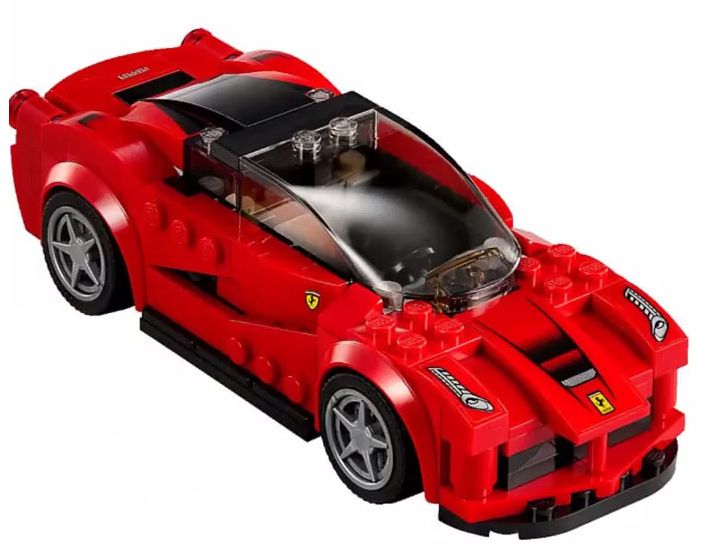 The engine, theoretically is mounted behind the cockpit, in a central position and I’m sure that there enough room for it. It’s a pity that we don’t have images from the back but it’s easy to imagine besides the red lights, a twin exhaust pipe! Finally a word for the pilot and its awesome suite which brings a really nice printed Ferrari Logo!

This Ferrari, just like the other theme sets will be available in the beginning of 2015. Enjoy the (few…) pics (just like you I want more…)!