Toysrus in Canada has gradually published the descriptions of some of the 2016 sets including this awesome Ghostbusters Fire House. I’m quite excited to see the official pictures, but for now it is already possible to imagine some of its great details.

The set will be incredibly big with more than two thousand pieces and thirty six cms high and will retail around the four hundred Canadian Dollars. There is no reference to any kind of vehicle but it will feature nine mini-figures (Peter Venkman, Raymond Stantz, Egon Spengler, Winston Zeddemore, Janine Melnitz, Dana Barrett, Louis Tully, Zombie Driver and Library Ghost) and a lot of details in the interior. 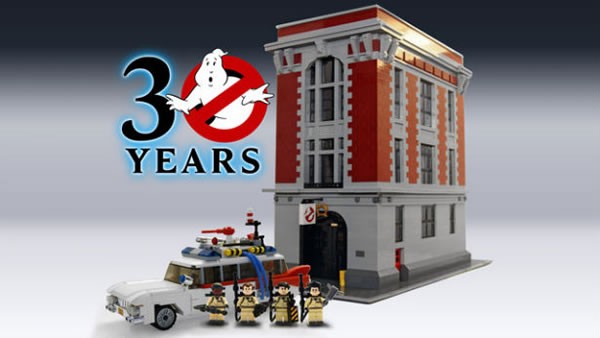 Have a look at it:

Recreate iconic Ghostbusters scenes with the 2-story Firehouse Headquarters, featuring laboratory, living quarters, containment unit and much more. Capture the ghosts with the proton packs and restore order, or solve other supernatural cases!

Slide the Ghostbusters heroes down the fire pole into action. Chase the ghosts and secure them in the containment unit.

Turn the librarian old lady into a scary ghost with the double-sided face and extra wig! Run tests on Louis in the lab to see if he’s possessed!

Suspend ghosts around the building’s exterior with attachable transparent arms. Dodge the slime oozing up through cracks in the pavement.