The Ninja DBX is a new Ninjago set that has recently hit stores. It is quite big, featuring seven hundred and fifty six pieces that are responsible for a huge vehicle with plenty of great features, a small red motorcycle, a gateway and seven (!!) mini-figures: Kapau, Chop’rai, Kai, Nya, Garmadon, Pythor and Auto.

In terms of design and color this new DBX looks absolutely awesome. Built mostly with the traditional red and black color scheme, this huge machine shown also plenty of golden pieces that surely give it a very cool look.

At the front, among a bunch of different and sharp bricks it’s possible to see a big cockpit with an aerodynamic design that can easily be opened, showing lots space and two piloting seats with handlers and a few control panels. But, if necessary it’s also easy to find some room to seat at least a couple of extra guys. Through this we can easily see that the cockpit is definitely quite big. 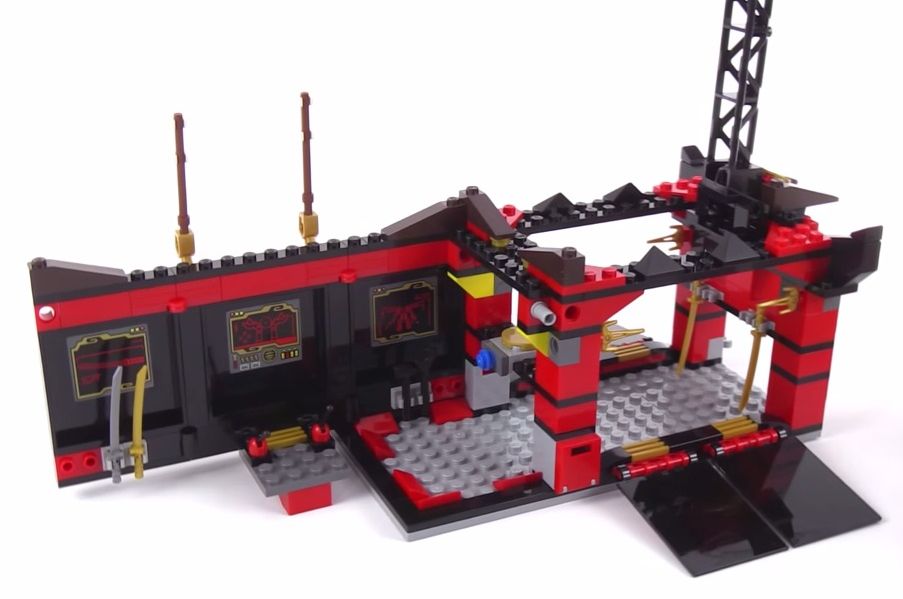 The wheels show some golden round pieces in the middle mixed with the usual drillers making a terrific combination for the tires. The back structure has no kind of roof and as you’re going to see next, it can be easily detached from the rest of the chassis and transformed into a small Ninjago building that, according to the images, looks like a sort of training center. Once the back is off, we can easily see that the vehicle’s base is quite simple to build and uses mostly technic bricks. At this point, a new weapon placed just behind the cockpit with a couple of spring shooters can be now easily mounted.

Having a look at the new building, it’s definitely amazing how so suddenly the back part of the Ninja DBX can be transformed into a house. The four side ramps can go easily down and full access is now granted from every angles. Inside we can easily find a considerable number of weapons, control panels, handlers and even some tools, all among a really nice detailed area. On the edge it’s also possible to find a big thin tower with a small flyer on top. This tiny vehicle can feature in such a small space, two stud shooters and a seat for the pilot. 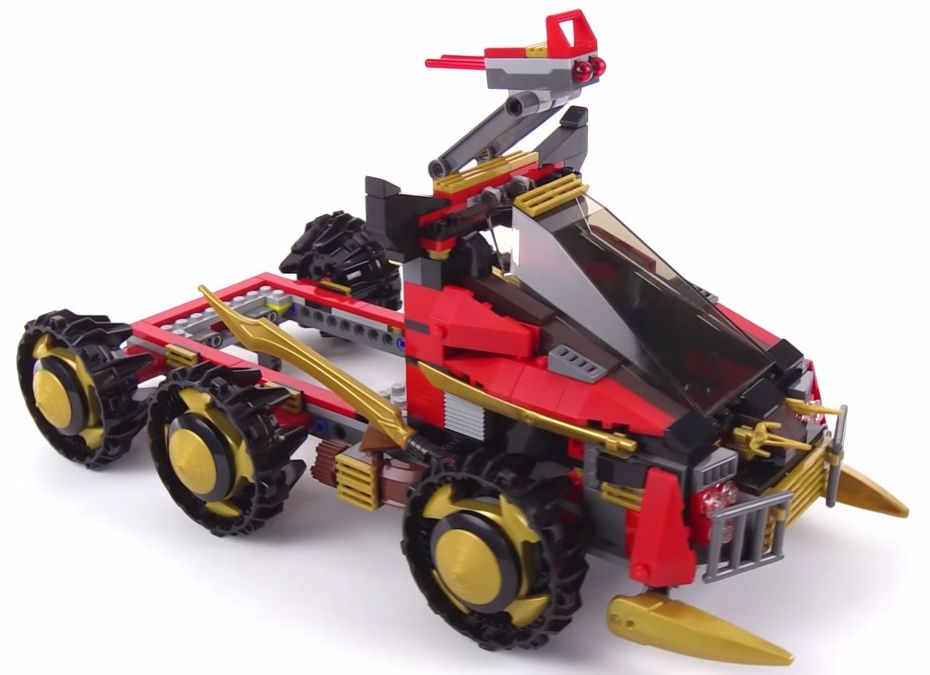 The mini-figures, despite not being my favorites, are once again pretty colored and nicely detailed. Overall this is absolutely a huge set in terms of beauty and playability. The movable dojo at the back is simply great and I’m afraid that the only con in this set will certainly be the price: eighty dollars is what it costs and I’m positively sure that it worth it! Enjoy the gallery!