The 2011 City Advent Calendar, although having a younger brother (Lego 4428), it still a considerable option for a great gift in this time of the year. Not only it can be found on stores for a smaller price but also because it has some interesting features that can be a good addition to some themes or even to any kind of city.

With about two hundred and thirty pieces, the set includes six mini-figures: an ice fisherman with a great green jacket and a fishing rod, two different robbers (I especially like the guy with the red handkerchief in the neck, two usual police officers and a red Santa with its traditional big white bears. 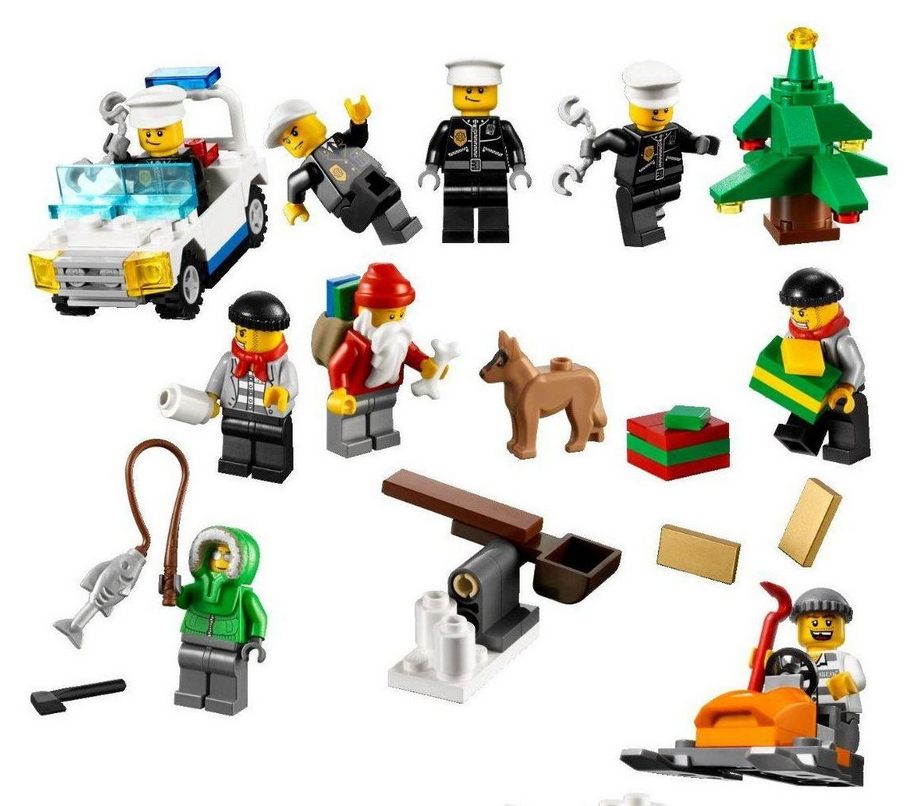 Besides these figures, the set has a small police vehicle

which could easily be an ATV (it’s prettier I think…), a couple of snowmobile (a orange one and a white and blue with a small trailer), a small Christmas tree with some gifts, a nice dog and a snow ball catapult. Finally there is also a police station with a considerable size if we attend to this kind of sets. Inside there is also a safe box and even some nice furniture. 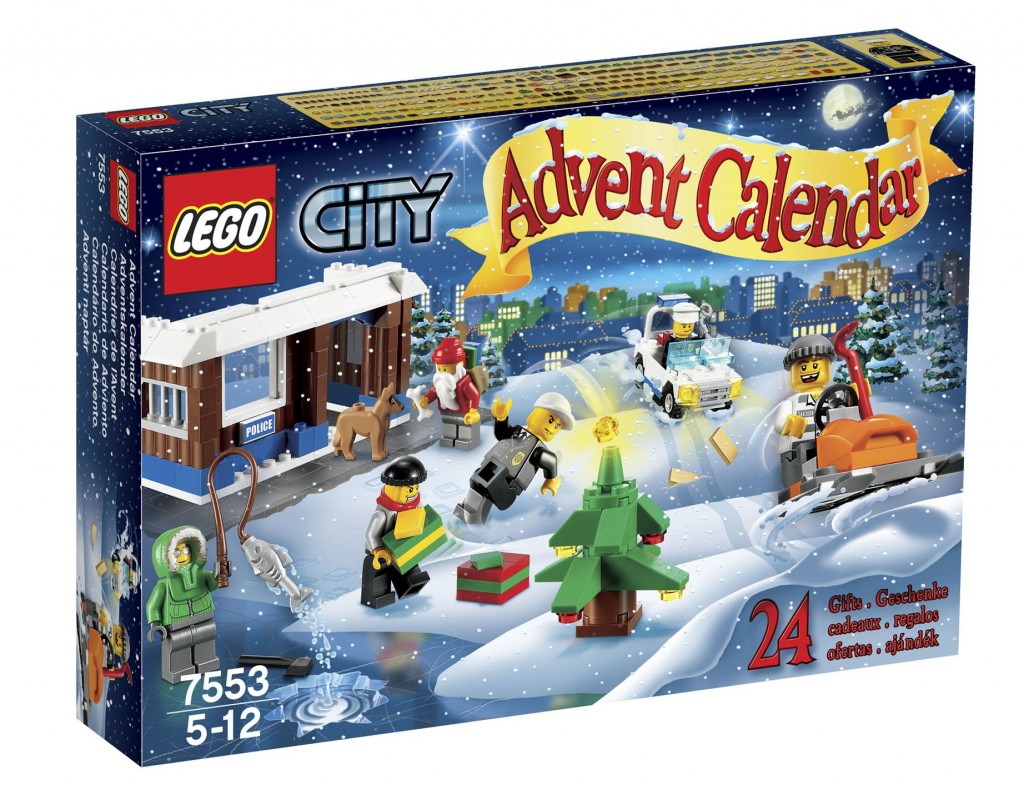 The standard price has a value around the thirty five dollars but easily you can achieve it cheaper. If necessary the instructions can be found right here:

Please have a look at some additional photos: