The Anakin’s Jedi Starfighter is a new star wars set that will be released next summer, together with this year’s second wave of Lego sets.  It’s been a while since last model, the last one is from 2008 (7669), and this one looks absolutely a nice upgrade to the previous starfighter.

The new Clone Wars set features two hundred and forty seven pieces, considerably more than the other, and features besides the space ship, two mini-figures (Anakin Skywalker and R2-D2) with the usual accessories as well as some extra ammunition for the shooters. 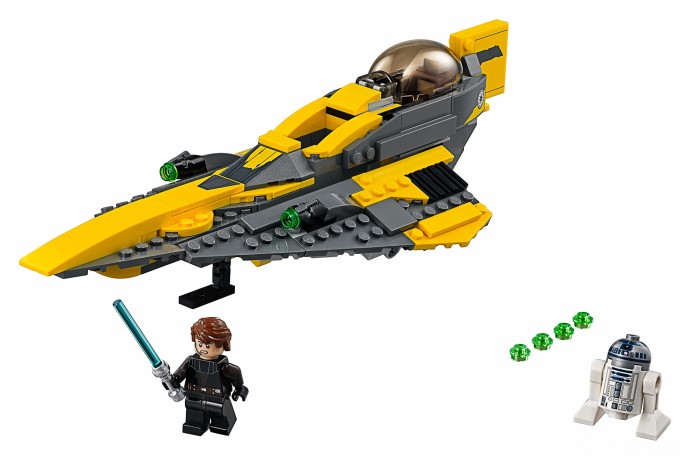 The starfighter looks pretty cool with the usual yellow and grey colors. With a long nose, the wings can assume multiple positions and each one of them is equipped with a stud shooter that includes a few extra ammos. The landing gear is no very clear, at least through this picture, but it’s possible to imagine three distinct support points.

On top, we have two cockpits, one for each of the guys that make part of the spaceship. R2-D2 as usual is at the front and just above it, Anakyn Skywalker. The round windshield involves the entire cockpit and inside it shows the necessary space and the usual handlers. Finally at the back, together with the engine, the stabilizer gives the Starfighter the correct balance and power.

Overall for around two bucks it looks a pretty entry level star wars set. The space craft looks nice with a few interesting details and the figures look also nicely accurate despite being quite known for the fans. The set should be available shortly on stores. Enjoy it!