Pictures of a new Star Wars set, Mos Eisley Cantina (75205), have just been unveiled by Toysrus, giving a pretty decent image of this new version of the set. If we compare it with the 2014 model, it is considerably smaller but it features some other elements that the previous version didn’t have.

The set includes besides the tavern a new Ubrikkian 9000 pod and four mini-figures (Greedo, Han Solo, Wuher, and a Sandtrooper) with assorted accessories in a total of three hundred and seventy six pieces.

The set should be available next January, with a retail price round the forty dollars. Have a look at the pictures and official presentation: 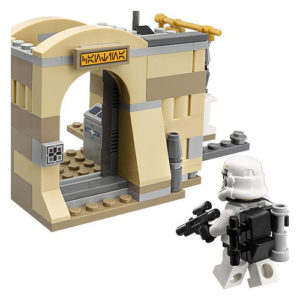 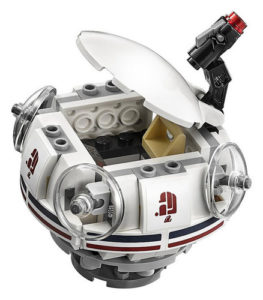 Recreate iconic Star Wars: A New Hope scenes at Tatooine’s most perilous tavern, Mos Eisley Cantina. This detailed model has a modular, open-out design for easy play. Slide the door and enter the bar to reveal the detailed interior, which includes a counter for serving refreshments and 2 seat-tipping functions for reenacting the unforgettable encounter between Han Solo and bounty hunter, Greedo. You also get a Ubrikkian 9000 pod with an opening minifigure cockpit and stud shooter on top. This LEGO Star Wars toy includes 4 minifigures. 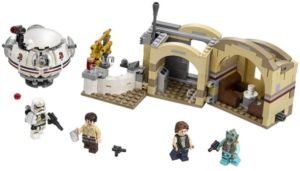 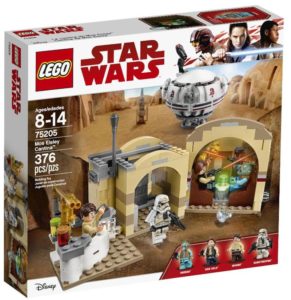