I must admit that it’s not one of my favorites sets, but it looks absolutely stunning and with an endless list of small details. It surely must be an amazing experience in terms of building and when it’s done it will certainly be absolutely awesome in terms of design.

Looking at its features, Lego highlights an extensive list that includes a mini-cockpit, some wheel activated cannons, landing skids and much more. Of course and as usual, the mini-figures (at least Gold Leader) have the traditional pistols. 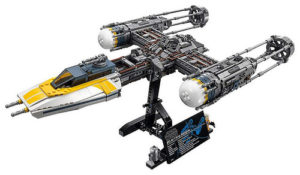 The set should be available next month with a price around the two hundred dollars. Have a look at the images and official presentation!

This LEGO® Star Wars Ultimate Collector Series model has an amazing level of detail, including an opening minifigure cockpit for the included Gold Leader minifigure, wheel-activated rotating ion cannons on top, retractable landing skids and space for the R2-BHD astromech droid. This fantastic Star Wars toy also comes with a tilting display stand and informational fact plaque, making it the perfect centerpiece for your collection. 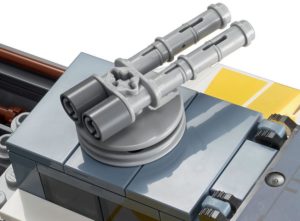 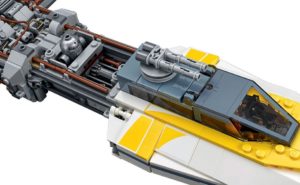 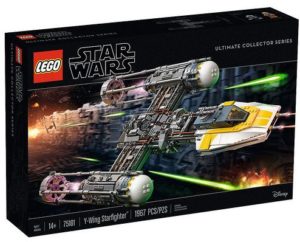 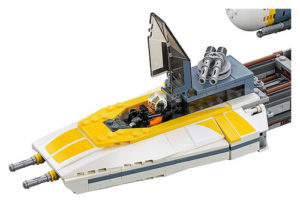 Display the model on the tilting stand with informational fact plaque.
Makes the perfect centerpiece for any LEGO® Star Wars collection.
Part of the Ultimate Collector Series.
Measures over 2” (7cm) high, 24” (61cm) long and 11” (30cm) wide, and over 9” (24cm) high mounted on stand. 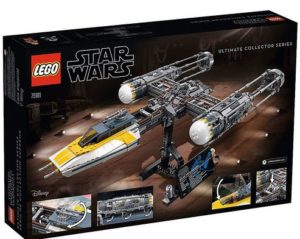