The new Star Wars set and probably the most desired in this next wave (especially for those who don’t have the previous model) , the Death star, has been revealed in a Lego Store (quite bizarre I would say!!) showing a pretty nice image of the update of this iconic space mobile battle station.

Compared with the 2008 model (10188), the main change is probably the mini-figures, twenty five in total, where some of them seem to be new. The most enthusiastic fans will surely find plenty of new details but overall, comparing the two, there aren’t many global changes as some rumors might suppose. 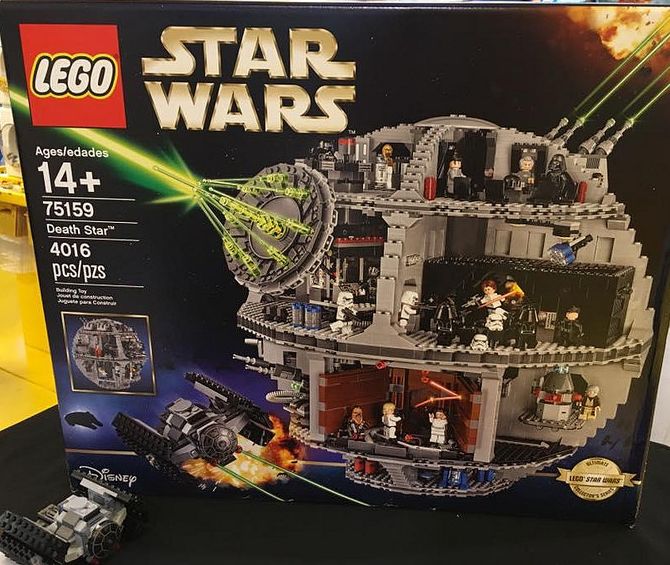 Thought the set box, it is possible to see that the Death star will have more than four thousand pieces, a unique moment in terms of building experience, that will feature the big death star, a black Darth Vader TIE advanced and the mentioned twenty five figures with plenty of assorted accessories.

This new Death Star will shortly be available on retail and I’m sure that the official images and presentation won’t be very far too. The set should retail around the fifty hundred dollars, which is in my opinion a bit overpriced attempting to the size and theme. Enjoy the available pictures!