The Resistance X-wing Fighter is a new Star Wars, the Force Awakens, set that has hit stores last summer. It’s a really nice space ship with seven hundred and forty pieces that features the X Wing, a small island with a tower and four mini-figures: a First Order Flame trooper, Poe Dameron, a BB8 and Lord San Tekka.

Globally, the X Wing star ships don’t change too much from each other, that they’re always cool sets and every time there’s something new on each other to discover. The big nose, in this, one, looks pretty similar and looking closely, it’s built with a lot of different pieces and different shades.

Right in the middle, the cockpit uses a traditional windshield that easily opens and gives total access to the interior where a few handlers can be found, as well as a seat for the pilot and a couple of tools. Behind it BB8 has its own space and also some additional accessories. The wings open with an X Shape thanks to the help of a knob and shows on the edges four spring shooters and four lasers guns. 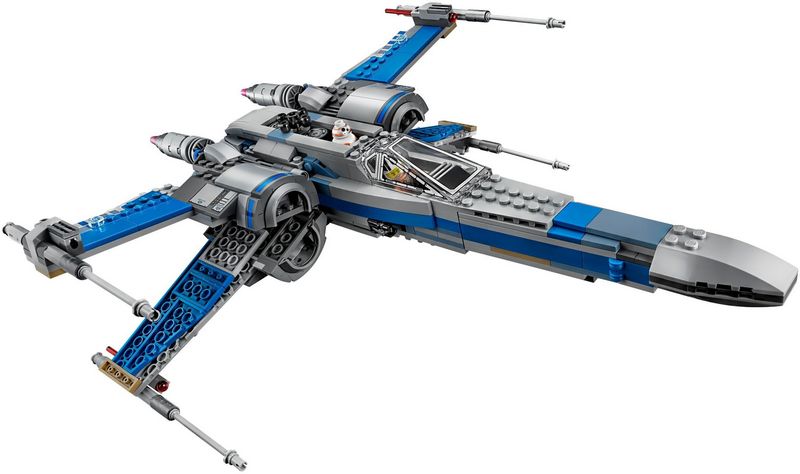 Next to the cockpit, the big engine follow the wings movement giving the ship a terrific look and nearby, there’s seems to be, also, a couple of control panels. At the back the exhausters have the company of a removable hyper drive which for some guys will surely increase the playability. 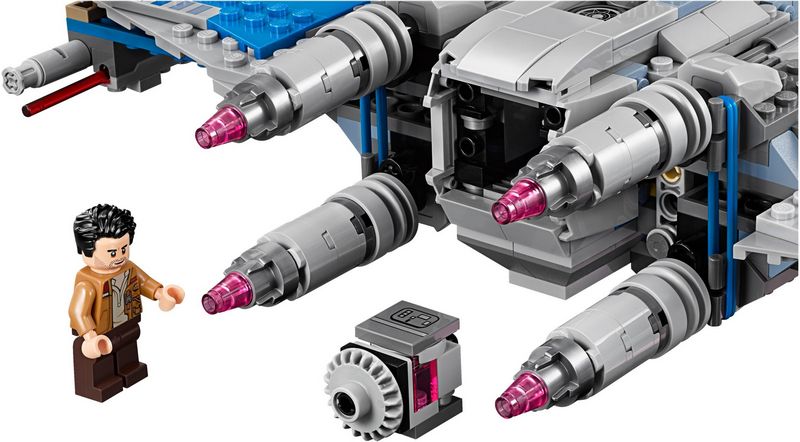 Overall, it’s definitely a really cool set. The handling and playability have surely high levels and the mini-figures are definitely an added value. The set retails on general market with a price around the eight dollars. Enjoy the pictures!