The new Lego Star Wars Ultimate Collector Series, Snowspeeder (75144) has just been officially revealed by Lego, showing a white huge space ship with an endless list of details and features to enjoy.

The new set announces one thousand and seven hundred pieces and contains besides the Snowspeeder (it measures around 39 cm long and 29 cm wide), two mini-figures (a Rebel Snowspeeder Pilot and a Rebel Snowspeeder Gunner) with assorted guns and accessories and a small stand to display it.

The set should be available in May with a retail price around the two hundred dollars. Take a look at the official press release, video and pictures! 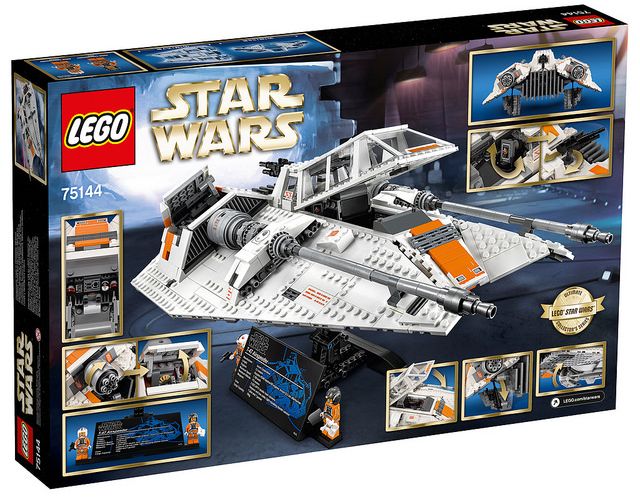 Collect a true Star Wars classic: the T-47 Snowspeeder. This LEGO® interpretation of the iconic airspeeder that fans will remember from Star Wars: Episode V The Empire Strikes Back has all the details you’d expect, including opening airbrakes, rotating rear gun, and an opening cockpit with space for the included Rebel Snowspeeder Pilot and Rebel Snowspeeder Gunner minifigures. This model also comes with a display stand and fact plaque, so it can take pride of place in any LEGO Star Wars collection.

Attach the Snowspeeder to the stand with fact plaque to display it.

Accessory elements include electrobinoculars, a Snowpeeder Pilot helmet and a Snowspeeder Gunner helmet. 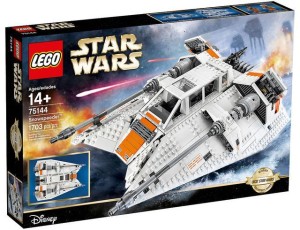 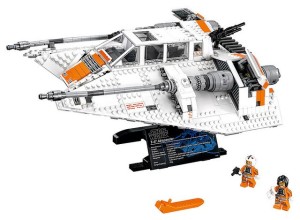 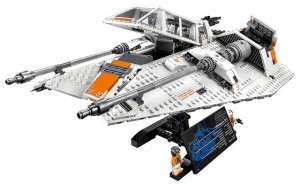 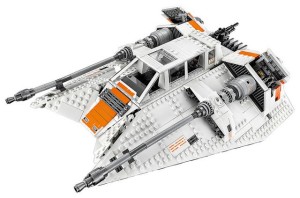 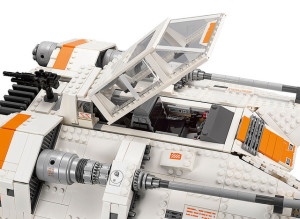 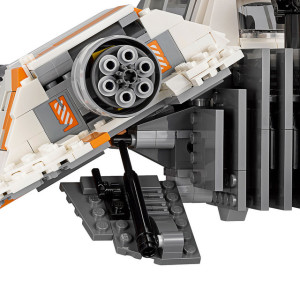