The Resistance Trooper Transporter is a new Star Wars set that will be available next month. This pretty interesting space ship features four mini-figures (a couple of resistance trooper, princess Leia and Admiral Ackbar) and a lot of great features to enjoy in a total of six hundred and forty six pieces.

I like this space ship! It’s rather different from the others and besides its awesome design, there are definitely a few details to look carefully. Built mostly with grey bricks and shapes nearly symmetric, the Transporter has a lot of space inside to do what it knows best: transport troopers.

On its left side, we can find the cockpit that not only has more than enough space for the pilot and some handlers, but also can be opened through an usual way, a sort of wheel placed just next to it, that just be rotating it will easily open the big windshield. On the opposite side there’s a similar wing with a big laser weapon ready to shoot against the enemy! Next to it, it is also possible to find a couple of red spring loaded shooters that are easily triggered through the back. 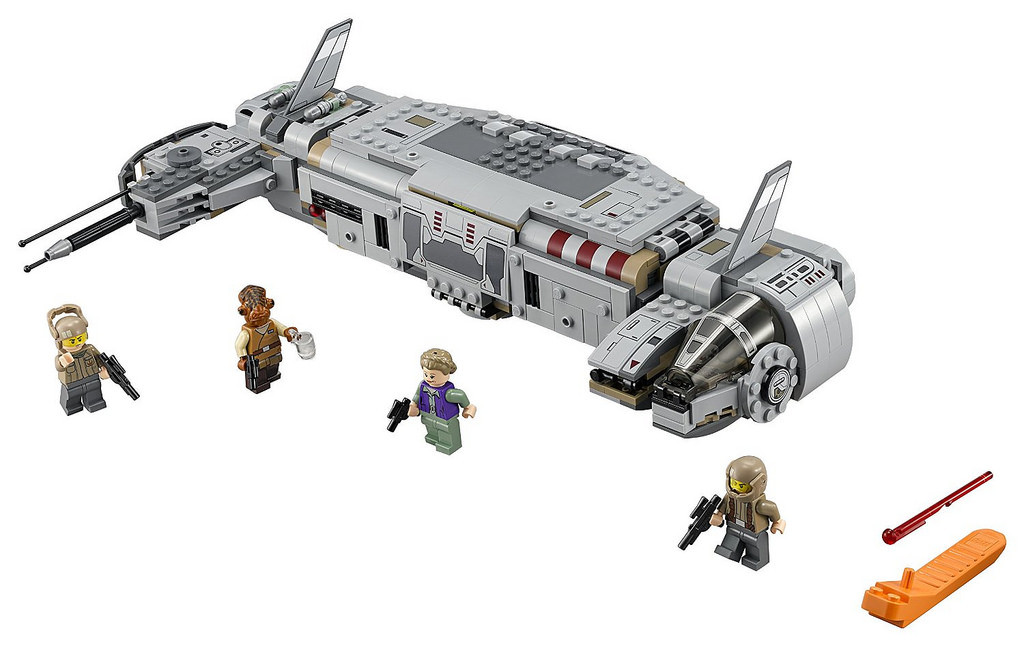 The roof is constituted by two big elements that can be easily opened in order to access the interior and once there it’s possible to find, right in the center, two nice seats with a small control panel each and two small compartments on both sides with a few additional features that unfortunately, looking at the pictures, are a bit impossible to identify clearly. 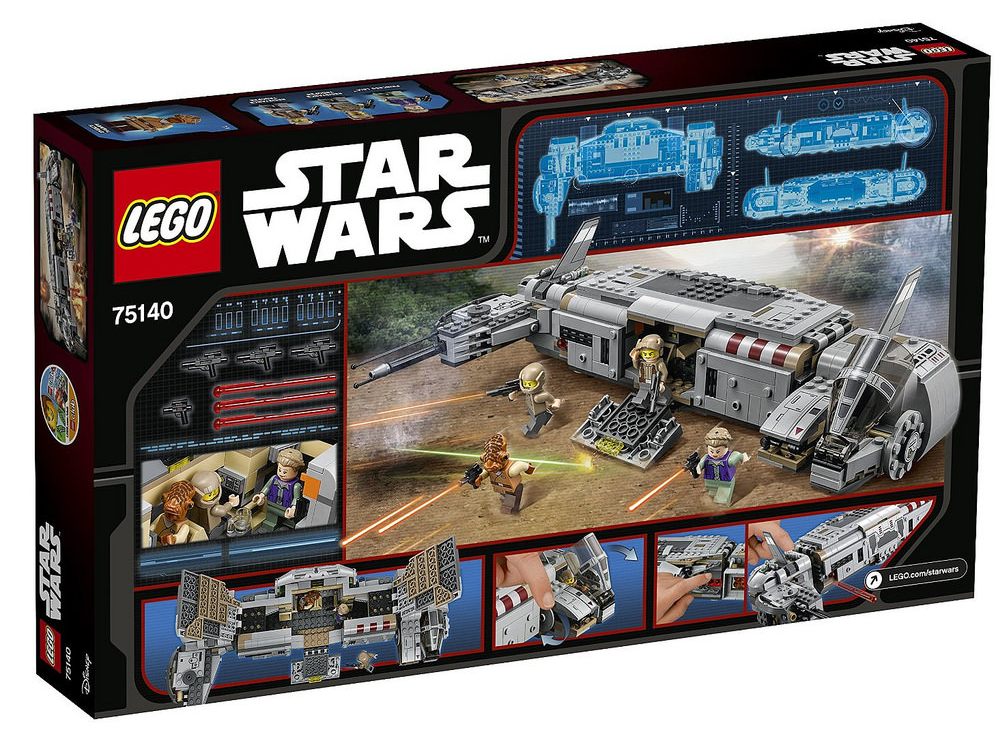 Finally, once the roof closed, the mini-figures inside and the space ship ready to take off, it’s time to close the central gate which besides the tipper mechanism, grabs perfectly on top. Globally it’s a very interesting star wars set with four cool mini-figures. The transporter itself is not very big but it’s built with plenty of small pieces which put it in a price around the seventy dollars. Enjoy the pictures!