The new First Order Special Forces TIE Fighter is finally available. With a unique design, this Twin ion engines space ship brings four mini-figures four mini-figures (a couple of first order pilots, an officer and a crew member), all fully armed, in a total of five hundred and seventy pieces.

The playability and building experience isn’t as high as in other space ships, but I think that this is clearly compensated by its awesome shapes. The wings that, are attached to the central cockpit with a few technic pieces, are completely symmetric and mostly built with large plates with a long and thin black line on the edges. 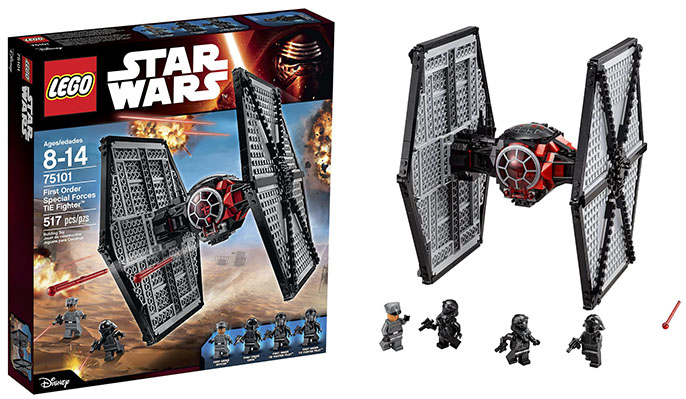 It’s curious, despite the wings size, how this TIE Fighter has such an enormous piece count. The main explanations for that is not only the quantity of pieces used on the wings but most of all the bunch of small bricks used in the central cockpit. And this is definitely an awesome part of the space ship with space for two mini-figures and a lot of stuff to enjoy. 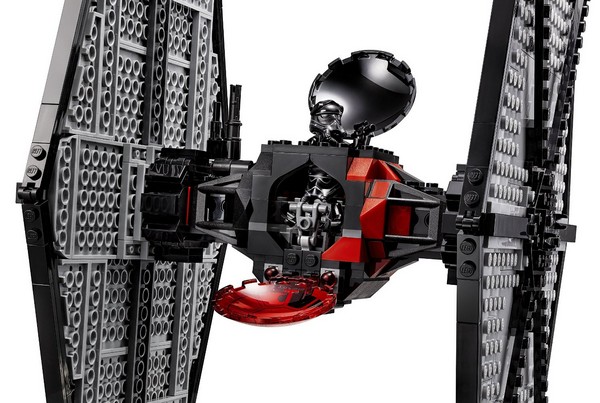 It features three different doors, one on top, the other two on front and at the back, and these two when opened, can be a sort of small platform for the soldiers. Inside there isn’t much space but through the pictures it is possible to see a couple of handlers for the pilot.  Below, the TIE Fighter shows also some fire power with a couple of red spring loaded shooters. 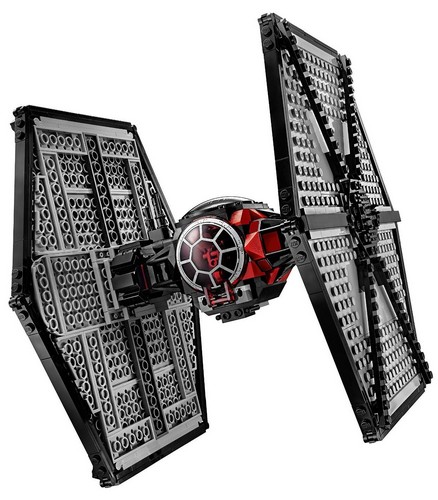 Globally, this is an awesome space ship. With a few different details towards other previous models, it shows a fantastic design (I especially enjoy that cockpit and all its sharp pieces) and the four soldiers couldn’t be better more accurate. The set is already available on retail with a price around the sixty dollars. 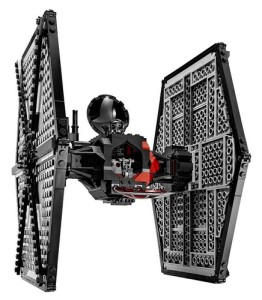 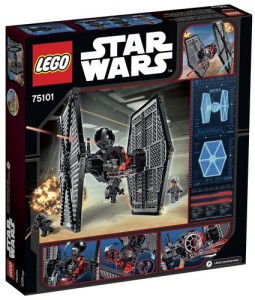