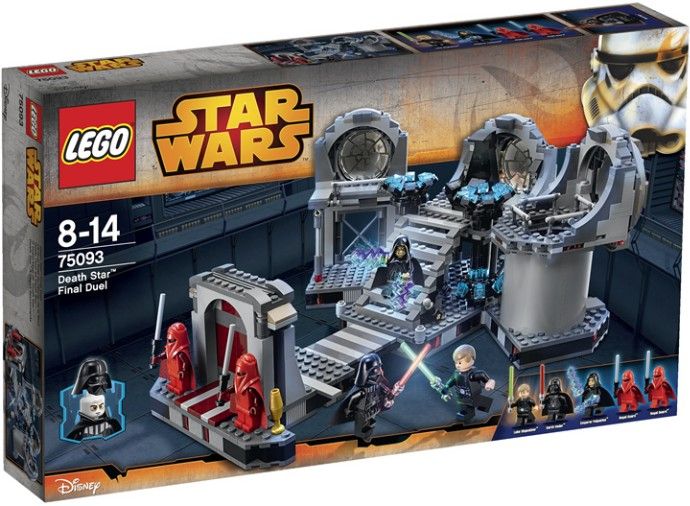 Built over a similar base all over the parts, in terms of height, the emperor’s throne has at the front, as an entry, a big gate with an arch and space for the two red royal guards. Each one of them is armed with a light saber and I must say that at the first glance these two are definitely awesome in terms of look.

Once inside, the path (built with grey pieces of different shades, just like the most part of the set) leads directly to the throne’s ladders. With six steps, they have the particularity of having a couple of studs in the middle which will be useful if you want to put figures in the stairs with falling every time. 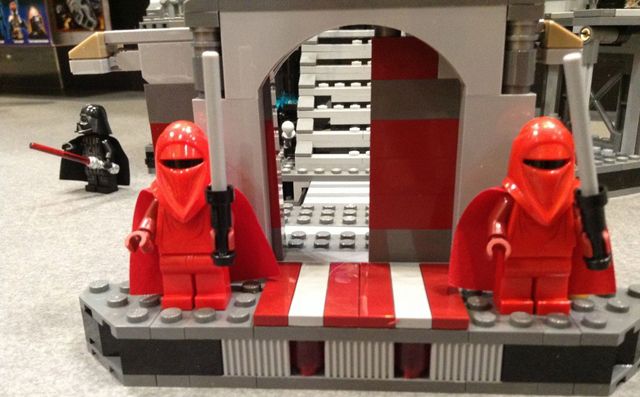 The throne has a big black chair right in the center and two similar sections (which can easily move their position)next no it. On the right it is also possible to identify the reactor where Palpetine was throne. The round nets at the back of each element are also an added value in terms of beauty.

Finally a word to the mini-figures (all of them bring assorted weapons) that are simply awesome. For around eighty dollars, this looks a great opportunity to get a building among so many space ships. The playability isn’t on high levels but the beauty and significance of the set easily overrides it. Enjoy the pictures.