The Nabbo starfighter is a new star wars set that will hit stores in the beginning o July. It brings a bit more than four hundred pieces and features the big yellow starfighter, a considerable number of accessories and nine (!!!) mini-figures: Anakin Skywalker , Obi-Wan Kenobi, the Naboo Pilot , a R2-D2 , a couple of Battle Droids, the Battle Droid Commander and two Droidekas.´

AS you can see through the set box, this set looks huge in terms of playability and it’s definitely more than just a starfighter, showing besides the bunch of mini-figures, some really nice accessories such as a small fueling station, ladders to access the cockpit and four green spring loaded shooters. 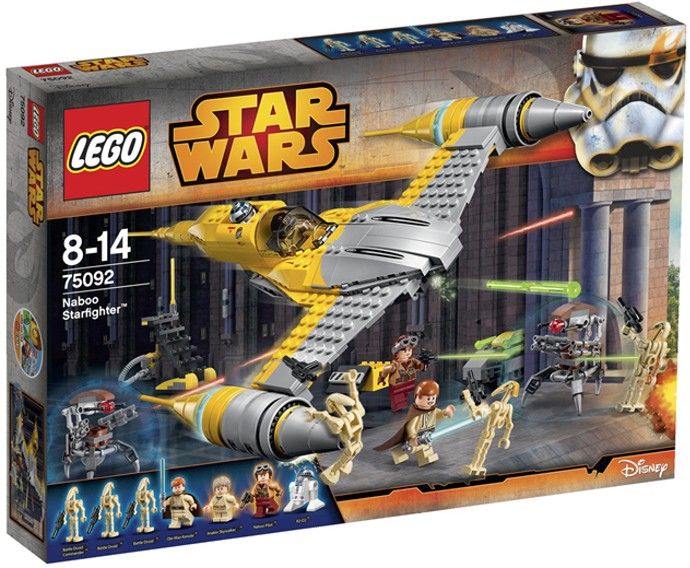 The starfighter has in my opinion, a great color combination, mixing yellow with grey and features a bunch of nice stuff to play with. The wings are reasonably large and the engines are placed right on the edge of each one. The cockpit in the middle is easily opened through the front and shows the sufficient space for the pilot and for some handlers.

Just behind the pilot, R2 D2 has its place with an additional pin, placed just below it, which allows pumping it out form the ship. In the front of the space ship, it is also possible to find a couple of spring loaded shooters that can be easily triggered through a red pin placed in the base, just below the cockpit. 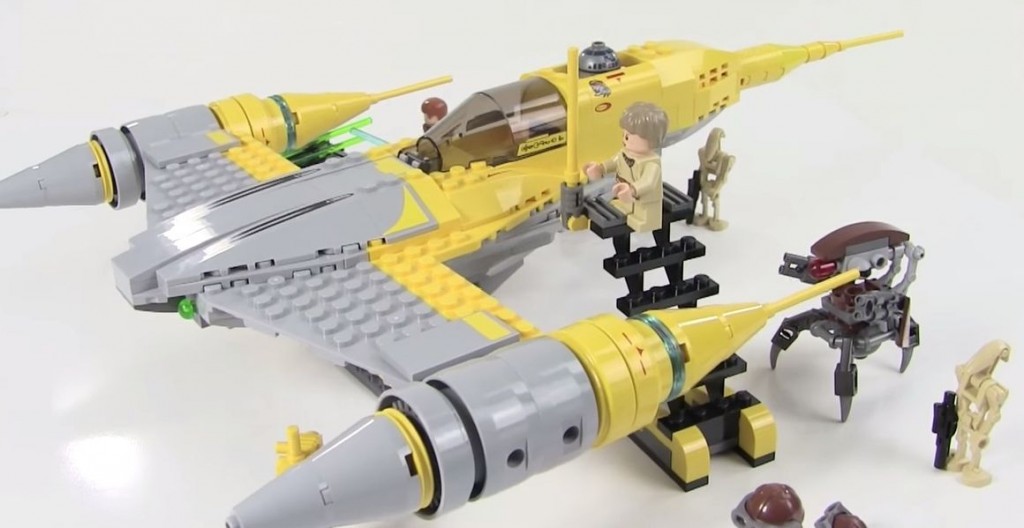 The refueling station is perhaps my favorite accessory. It is quite simple, with a small base, a hose, a pump and a control panel, but it can be easily attached to the engines of the starfighter in order to refuel it. In terms of mini-figures, they’re all specially accurate and with assorted weapons and I would definitely choose Obi-Wan Kenobi as my favorite.

Overall, this looks a fantastic star wars set, not only in terms of beauty but most of all in terms of playability. The starfighter is awesome and with so many elements, the possible combinations to make several battle theatres are definitely big. The Naboo starfighter should retail with a price around the fifty dollars. Enjoy the pictures!