The Mystery Plane Adventures is a new Scooby doo set with less than two hundred pieces that will soon hit stores. It features a multicolored airplane with a few interesting features, three mini-figures (Scooby-Doo, Shaggy and the Headless Horseman) and a pretty white horse for the last one.

I must say that I like this plane. It’s not big which is good in terms of handling and playability, and just like so many other similar models, I like its old style. It looks extremely simple to build and uses a nice color scheme that mixes light green with bright blue and orange. 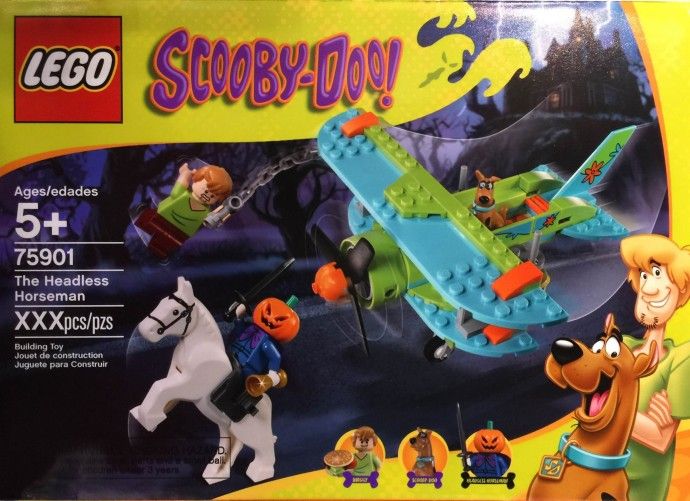 Scooby Doo and its mate Shaggy, have place just behind the engines which are placed between the wings. The landing gear couldn’t be simpler with two tiny wheels and at the front, the black propeller, will also ensure the appropriate power when it’s time to take off. The tail uses a couple of stickers with flowers that for me are completely dispensable, the plane has already color enough.

Tied to a wing, there’s also a small chain for shaggy to hang and run away from the Headless Horseman which I must say looks really nice, underneath the Pumpkin, he has an usual printed head. As it concerns to accessories, Shaggy seems to bring a few Scooby Snasx and the Horseman a sword and a golden cup. 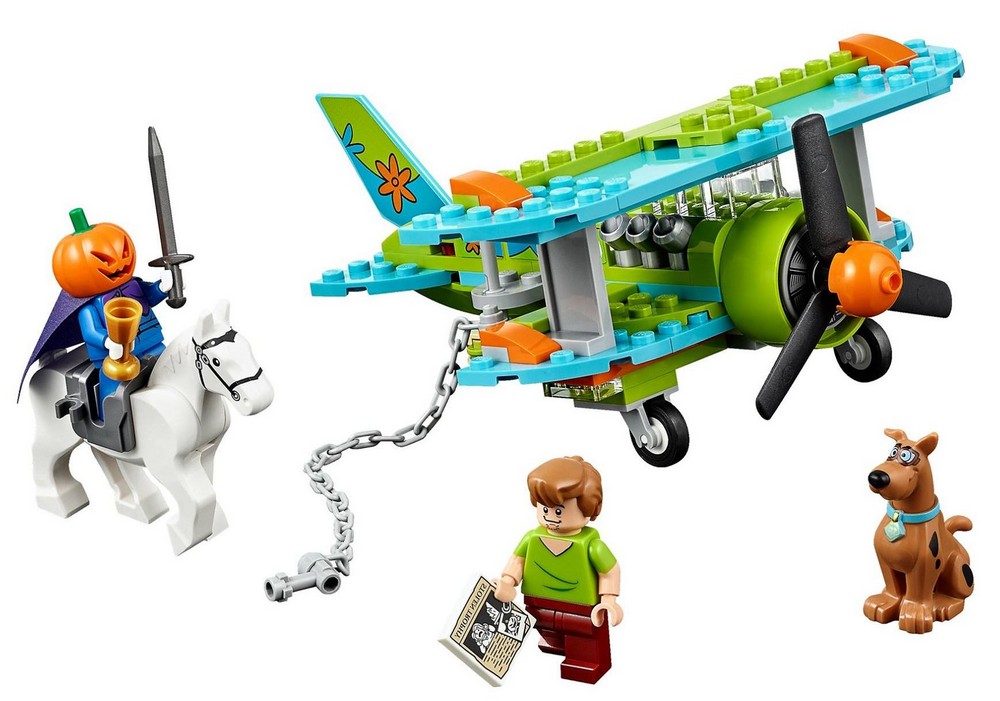 Overall for around twenty dollars this looks definitely a good deal. The airplane looks rather pretty and with a good playability. On the other hand, Shaggy and Scooby look also pretty accurate and are absolutely a nice addition to the mini-figs collection. The set should start retailing in summer and will have a retail price around the twenty dollars.