A couple of days ago I posted a few words about Geonosis Troopers’ set (75089) and now it’s time to some thoughts about its ideal partner for some great battles: The Senate Commando troopers. With a similar size, the set brings hundred and six pieces and features four mini-figures (three troopers and their captain) and a new multi stud cannon.

The new cannon, that makes also part of the Geonosis Troopers, uses a new fire technology allowing to load six studs and fire them independently, one at a time. Triggered in the back with a small knob, the studs are shot powerfully to a considerable distance.

Mounted in a small platform that can assume several angles, mostly thanks to its four legs, this new heavy weapons not only rotates the 360 degrees but also moves up and down, being capable of hit the enemy in almost every position. Next to the cannon, the troopers have also a piloting positing position that includes a small black windshield.

The blue Senate Troopers, just like the Geonosis, are quite accurate in terms of printed details and at the first glance the only visible difference between the captain and the soldiers is the white printings in the chest. All of them bring weapons, a stud shooting gun that just like the cannon, fires the ammunition quite far in a very competent way. 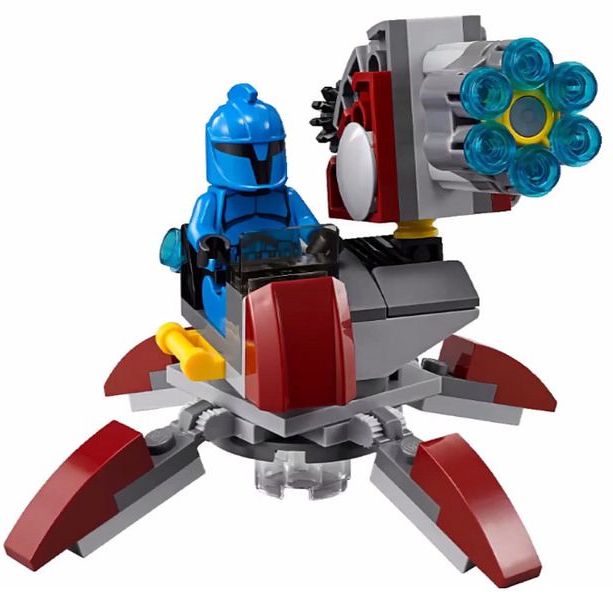 Overall, this set is absolutely another great alternative to get some nice mini-figures and most of all to put the hands on this new fire technology. Together with the Geonosis Troopers, it will certainly provide plenty of hours of fun and the price, around ten dollars, will be an extra reason to achieve it.