A new Star Wars set, based on the rebels Series, has been unveiled in the past days at San Diego Comic Con. This new space vehicle that will be available only in the end of the year, will bring also four mini-figures with lots of weapons (Wullffwarro, Kanan Jarrus and 2 Wookiees) in a total of five hundred and seventy pieces.

Just like the DC Comics set, Green Lantern vs Sinestro (76025), this new GunShip seems quite interesting in terms of value for money, presenting a lot of nice features to play with mixed with an awesome aesthetic making this space craft, in my opinion and without seeing the others, one of the most pleasant sets of the next Star Wars wave. 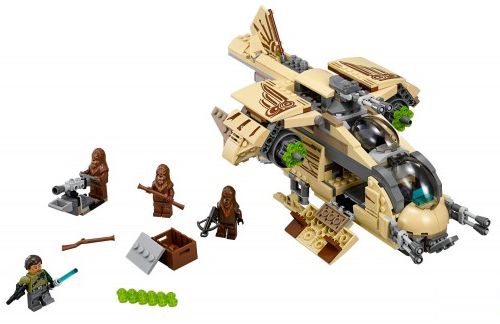 All around there is plenty of stuff to enjoy, starting for instance by the front with the two cockpits and the double cannon that move left or right easily. Just below the cockpits, there is also a really nice compartment accessed thought a side door that seems to have lots of space to carry all the set’s accessories, such as the mobile gun post and even a couple of mini-figures.

On top and just behind the cockpits, there is an extra cannon that can be easily elevated and finally , perhaps the best part: the wings can assume an attack mode, just by changing position, showing a new weapon called the rapid shooters, which I must confess left me quite curious about it! At the back, the big ramp ensures an extra access to the interior, especially to the bigger accessories. 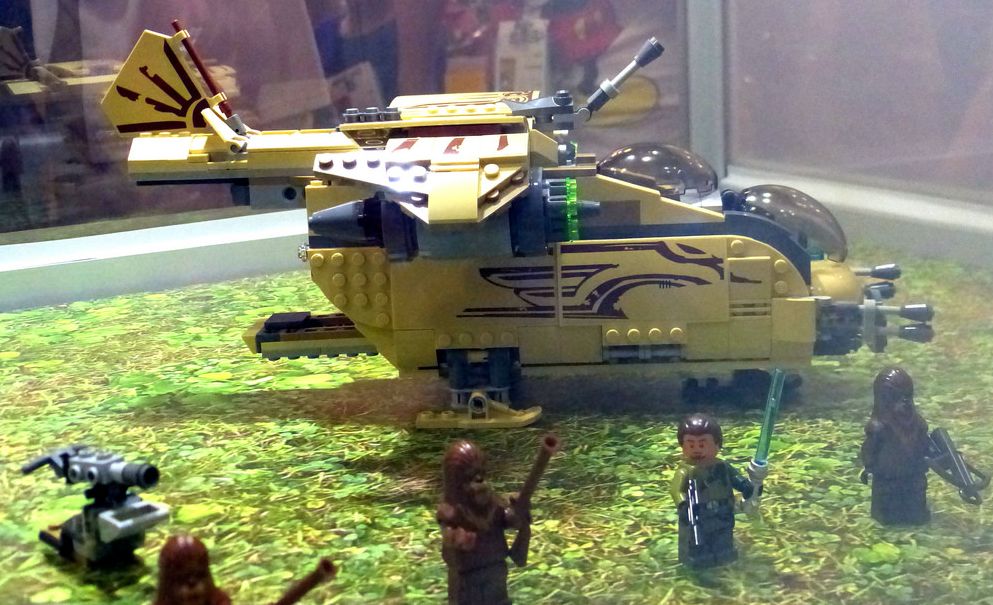 Overall and not being a true Star Wars fan, honestly I got the best impressions about this Wookie Gunship. It looks pretty and with some really nice stuff to play with. The price, around 70 dollars seem a bit high compared with the usual in this theme, but it definitely worth all the extra centimes. Enjoy the pics!