In a week of great news, in terms of 2015 sets, have a look at this 2015 entry set, the star Wars Shadow Troopers. It brings a bit less than hundred pieces, ninety five to be exact that includes the small space craft, four mini-figures (two shadow troopers and a couple of shadow guards) each one of them with the respective weapons.

As you can imagine, in such a small set, there is nothing much to expect in terms of building experience, however this can definitely a really nice addition to join other kind of bigger sets in a battle theatre.The small space ship is built mostly with black and grey pieces and features, besides a couple of seats for the soldiers, two flick fire missiles below the wings which can change easily of position.

The mini-figures are also an extra reason to achieve this little set, being all of them nicely detailed with great printed bodies. The shadows guards with black suits, including the helmet and red eyes are surely my favorite. The troopers are more similar to other star wars soldiers however its dark grey (almost black…) color makes them quite interesting! 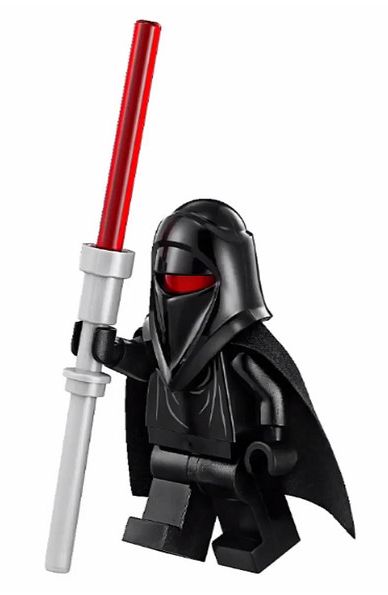 With a release date planned to January 2015, my guess is that we will certainly see it a few weeks before Christmas. With less than hundred pieces it’s clearly a ten dollars set which offering 4 figs and a small space craft seems absolutely a nice acquisition! Enjoy the pics!