This is definitely a nice surprise! The Rumors mentioned it a few times but until the moment there weren’t any kind of pictures from it. The Jedi Defender Class Cruiser is a new star Wars set with nine hundred and twenty seven pieces which includes the incredible space ship and four mini-figures, three of them exclusive (a black Sith Trooper and the new Jedi Consular, Jedi Night and Sith Warrior).

This Jedi Class Cruiser is based on the Second Galactic War, included on the Old Republic MMORPG video Game, where a heavy armored and shield ship was built for the Jedi Order in order to use it on the Cold War. 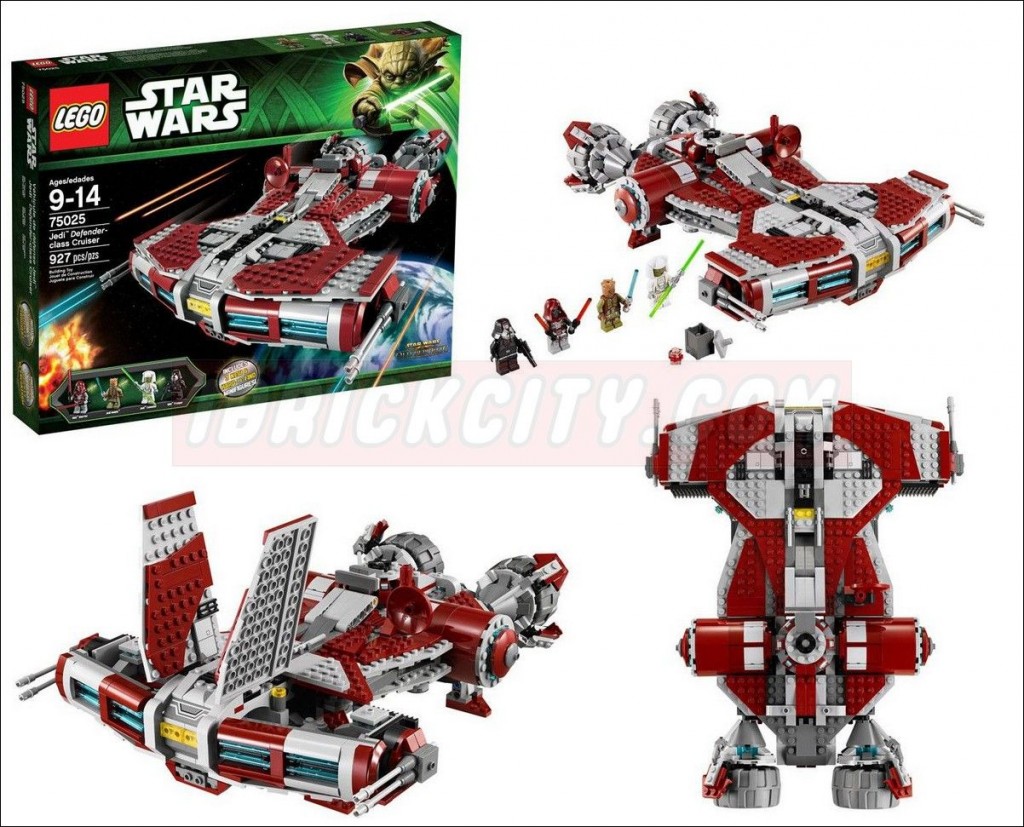 Built mostly with dark red and gray pieces, I must say that its look couldn’t be sturdier. It’s hard at this time to point all its possible great features and details but through the pictures we can easily see a few of them. At the front there are two big doors that open widely, showing room not only for the mini-figures but also to some extra accessories. 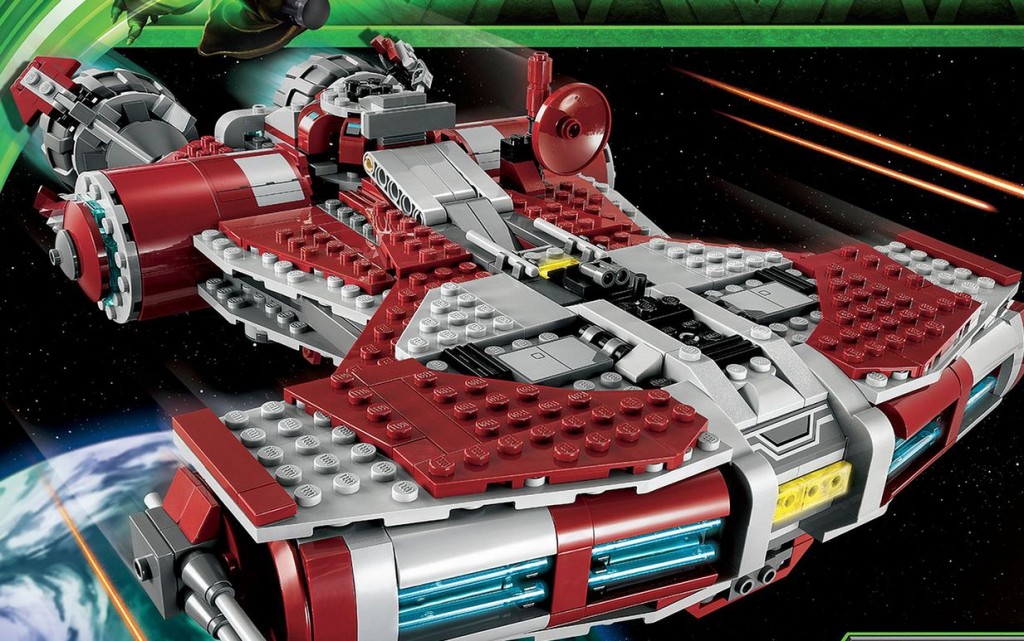 Continuing at this part, there are two big double laser cannons, one on each side ready to blast all the enemies. In the middle there is a nice mechanism made with some Technic pieces that clearly suggest that there is something there however this time the pictures don’t reveal particular detail.

The big rotors at the back are symmetric (just like the most part of the space ship) and surely give the Class Cruiser the proper power to handle competently with the gigantic size. And this is not only a matter of size or weight but also because when we look at it, the first thought is definitely the heavy shields all around the ship. 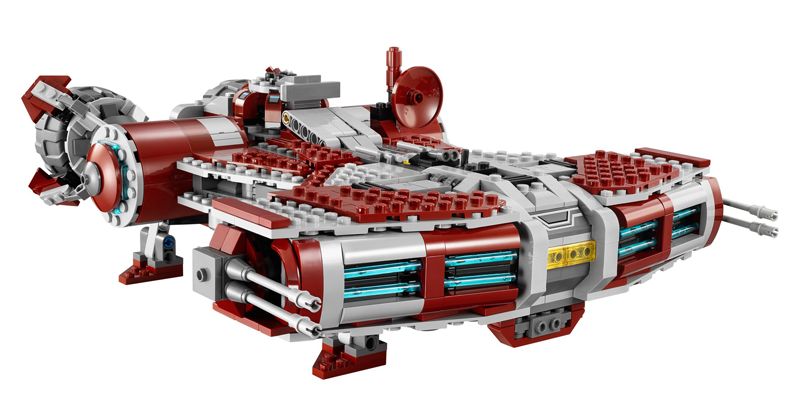 The four mini-figures are all pretty accurate and armed. From the three new ones I must say that I especially enjoyed the new Sith Warrior and the Jedi Consular.  Overall this seems a great seat for the Star Wars fans. The playability might not be the best but its beauty is definitely on top. Looking at the number of bricks that it brings,this will certainly be a 100 Dollars set. Please have a look at some extra images: