After five years, here we have the new Republic Gunship. After the Red Five X Wing starfighter (10240), this is the biggest 2013 star wars set with almost one thousand and two hundred pieces. Besides the awesome space ship, the set also brings a small speeder bike and seven mini-figures: Obi-Wan Kenobi, a Clone Pilot, a Clone Trooper Captain, Anakin Skywalker, two Battle Droids and Padmé Amidala.

None of them is exclusive of this set however Anakin Skywalker and the Obi-Wan Kenobi were slightly rearranged. Every one of them is pretty detailed the clone troopers are my favorites, and also quite armed, since the blaster pistols to heavier weapons like the one of the captain.

Being almost a copy of the older 7676, the Republic Gunship has in star Wars a role of troops transportation and war support being used by the Grand Army during the clone Wars. And despite a few differences when compared with the 2008 model, it’s impressive the bunch of things that are exactly the same.

The long white structure, just like the old model, has two cockpit canopies at the front and four turrets distributed by the longs wings and the big compartment which will carry the troops. At the front the laser guns, which can easily rotate in almost every possible angles, maintain the same green attaching structure. 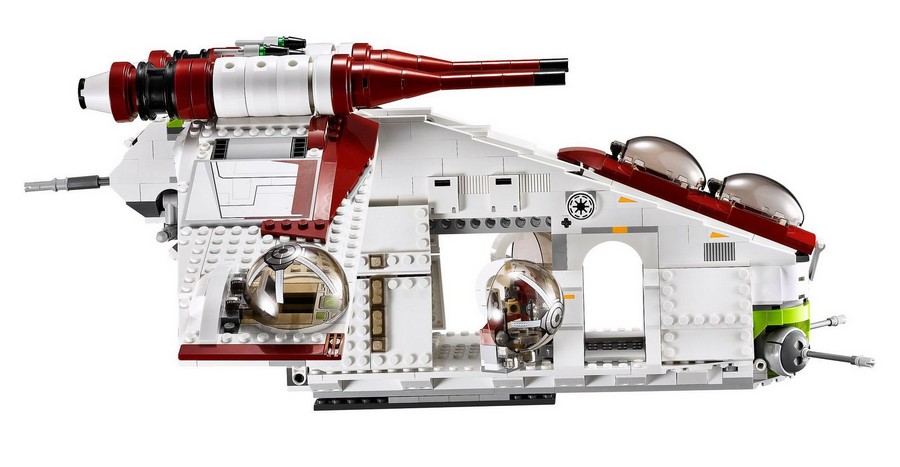 Just behind them and below the two cockpits, there is a considerable flick fire storage, that has not only a missile rack storage but also a small passage to another compartment. At the back, the big basement has space more than enough not only for the speeder bike but also for some additional troops and can be easily accessed through the back gate.

The wings’ structure are built among other pieces with a technic structure that has a lever at the back of the ship that allows to trigger and control its opening mechanism and adjust it to the desired position. The big red engines, placed at the top, will ensure the appropriate power for a safe journey and just between them there are a couple of flick fire missiles rack (I’m almost sure that they use the new semi-automatic mechanism) that will easily fire eight missiles against the enemy. 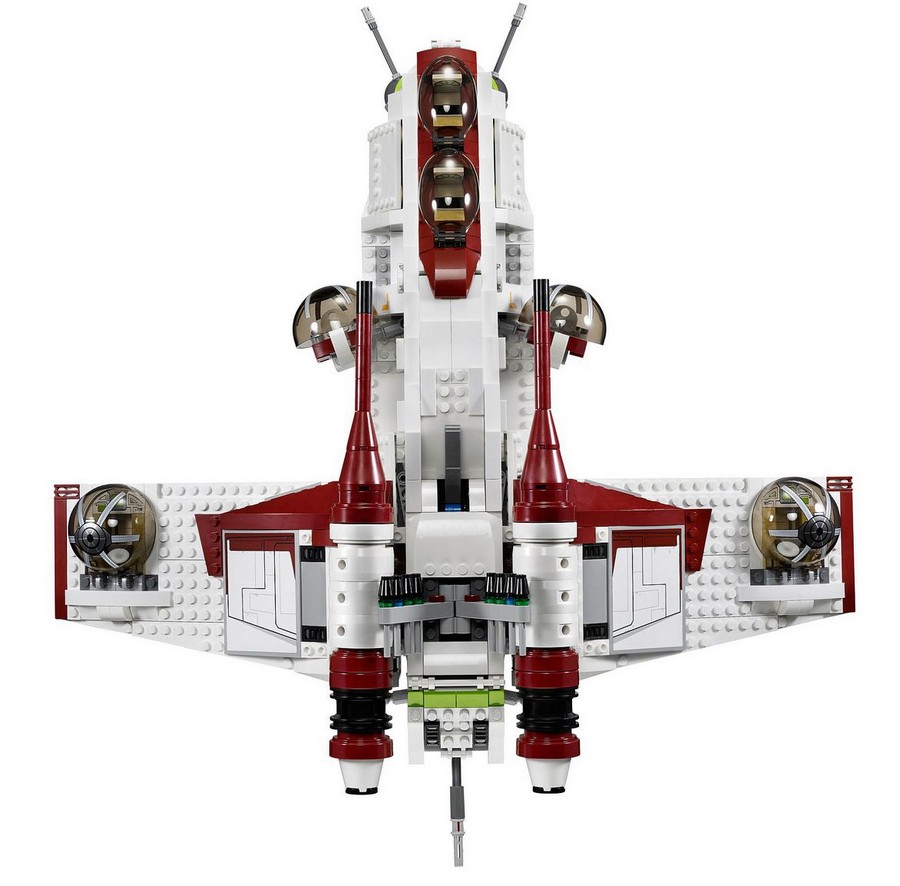 Globally, this is definitely a must for the real star wars fans. The playability is considerably high, the quantity of weapons is huge, I especially like the flick fire missiles on the top, and its massive size definitely impresses. The worst part is definitely the price, hundred and twenty dollars are definitely a bit heavy for the wallet, but according to the number of pieces, seem a fair value.