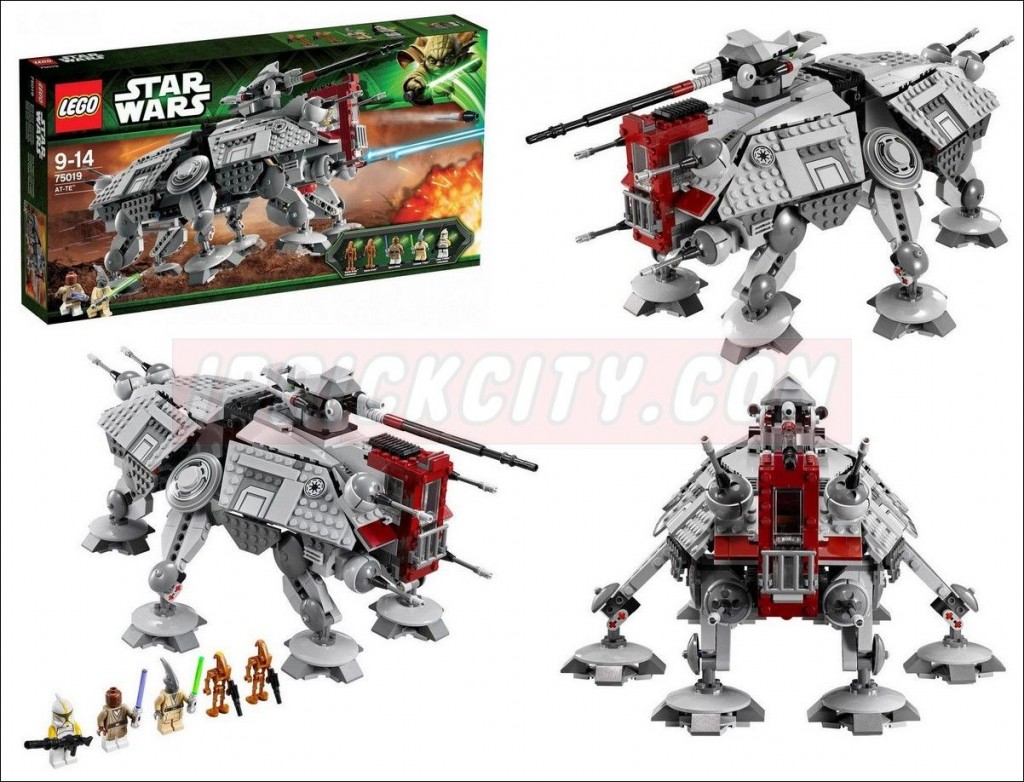 First of all I must admit that this set (I’m not a truly star wars fan) is not definitely one of my favorites. It is considerably expensive, despite its huge site, it is not one of the most usual vehicles, it is not properly beautiful and it’s not a new idea, seeing that it’s a reissue of the 2008 model AT-TE Walker (7675).

But forgetting those personal issues, this model has obviously many interesting things. Starting by building it, which can be a nice experience because it is not one of the easiest models, far away from that ,not only because it has a complex structure but most off all because it mixes the regular bricks with the technic pieces specially in the six long legs that can assume multiple positions. 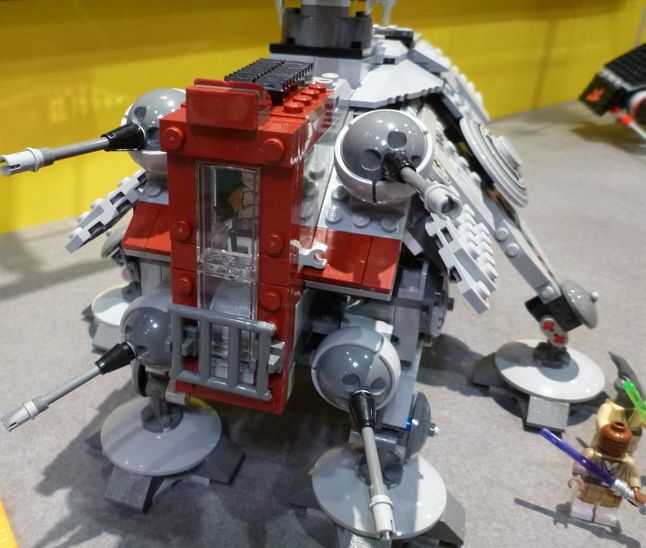 In terms of features, there are weapons everywhere, with special highlights for the big rotating cannon on the top. Besides it, there are also four smaller lasers canons at the front and another two at the back. The four side doors and the one on top allow the access to the interior that has space, among other things, for the mini-figures and also for some additional soldiers. Just at the front, the red and strange cockpit allows that a soldier might control all the vehicles movements. 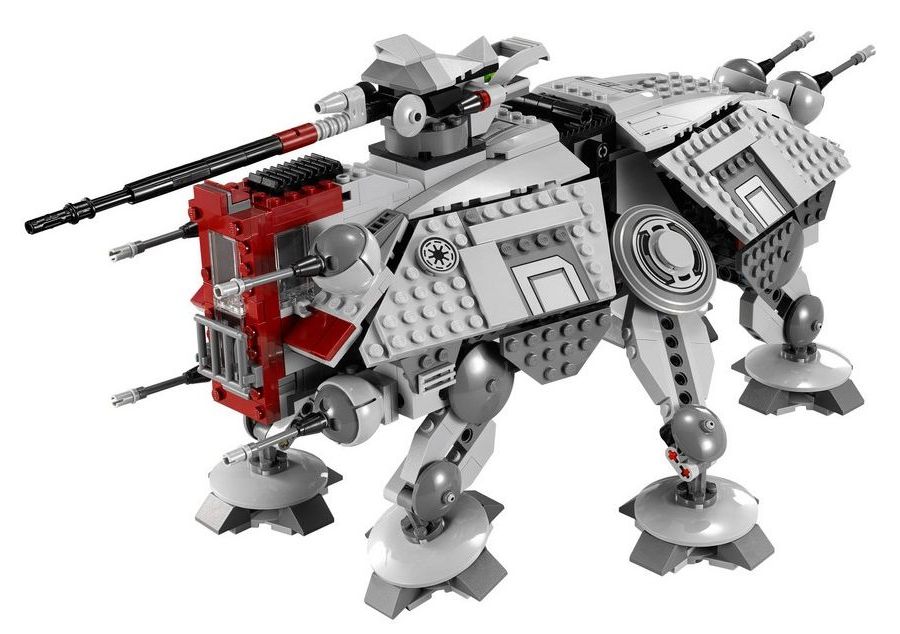 Overall, this is a good chance for those who missed the older model for acquiring the AT-TE. The differences aren’t much, the price is a bit high but fair, the mini-figures are interesting and more than everything, this is one of the heavy sets that the fans will not want to miss. The retail price will be around the ninety dollars and it will be on stores next summer! Please have a look at the gallery: