The Jek 14’s Stealth Starfighter is a Star Wars set of the 2013 Lego summer Wave that will soon be available on retail. It has five hundred and fifty pieces that includes, besides the big black Starfighter, four new and exclusive mini-figures: R4-G0, Separatist Bounty Hunter, Special Forces Clone Trooper and Jek-14.

For the Star Wars Fans this is surely another opportunity to achieve a great space ship. The Stealth Starfighter is considerably big, rather detailed and it has some nice features to enjoy. It is mostly made with black pieces and a few red shades especially in the cockpit and wings and all over the model we can also find a few dispensable (in my opinion…) stickers. 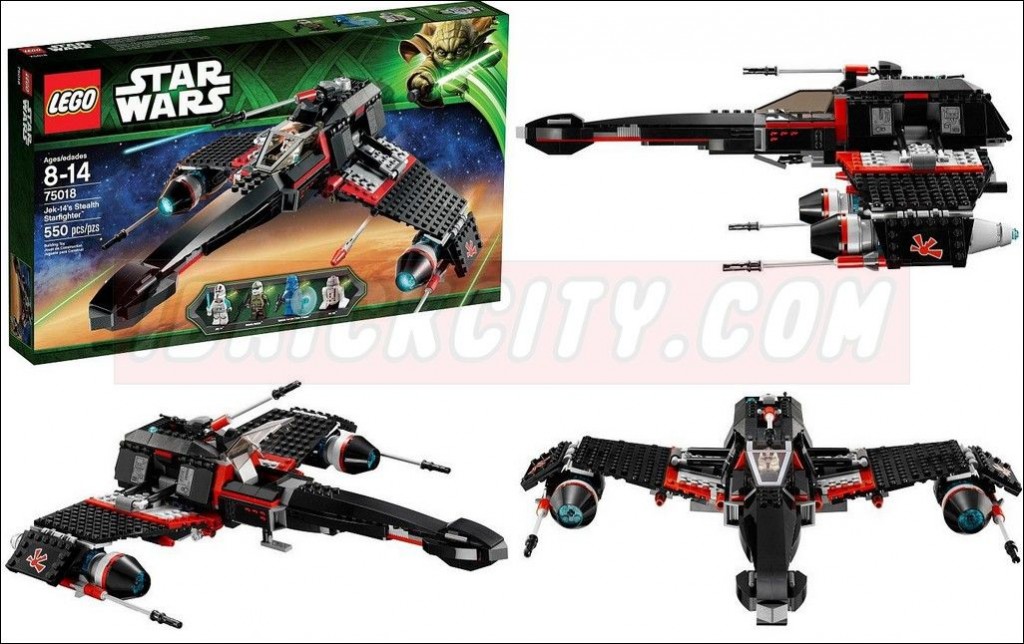 First of all, I must say that it is extremely beautiful not only in terms of color combination but also in terms of design. At the front, as you can see through the pictures, the black nose is quite long and ends in the Jek’s cockpit which is easily accessed thought the big windshield that opens widely which definitely increases the playability. 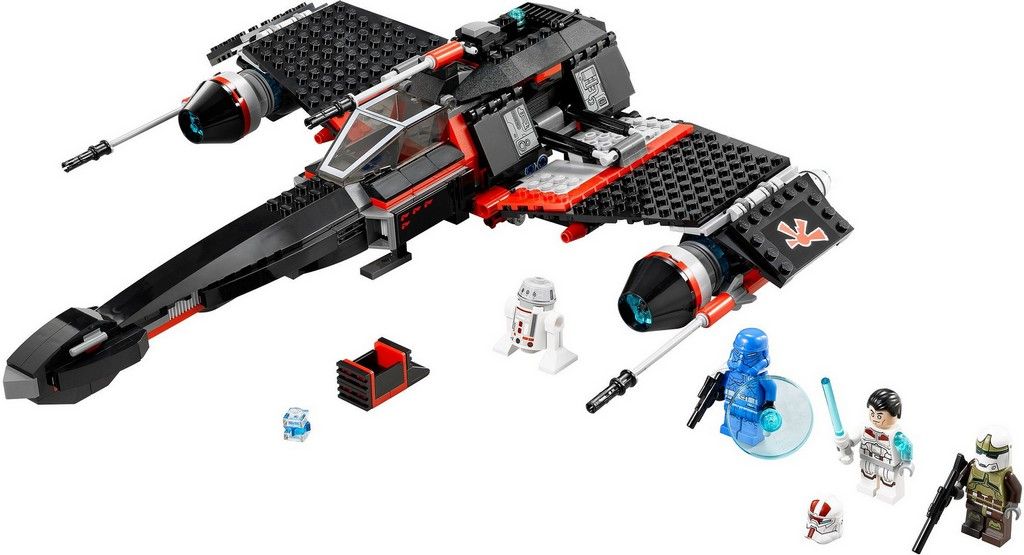 The wings can assume multiple positions, thanks, most of all, to the technic mechanism built just behind the cockpit which can be triggered or controlled through a knob placed at the back of the ship. On the edges there are two powerful engines which at the first glance give the ship the appropriate energy.

In terms of features there is some nice stuff, especially in terms of weapons. At the back there is an interesting rotating cannon that can be easily raised up and down. On the wings we can also find not only a couple of flick fire missiles but also two big straight laser cannons. And finally let us not forget the wings’ mechanism that is triggered through the back knob.

Seventy dollars look fair according especially to the set’s size. The four mini-figures look pretty nice, I especially enjoyed the new Separatist Bounty Hunter and best of all the Starfighter’s beauty is huge. Please take a look at some additional pictures: