The Homing Spider Droid is another new Star Wars set with almost three hundred pieces. And this one is definitely pointed to the real fans because at the first glance it’s not easy to like it. I guess that a layman or a new Lego Fan will surely think: What do I do with this? And the four mini-figures that the set brings are sufficient to minimize this!

The set besides the Spider Droid has also a little robot and the mentioned four mini-figures: Two Super Battle Droids, a Clone Trooper and Stass Allie. And looking at the set box there is definitely a tendency of thinking:” where did the pieces go?” because it’s hard to imagine such a big quantity of pieces just in a spherical ball with four long legs. 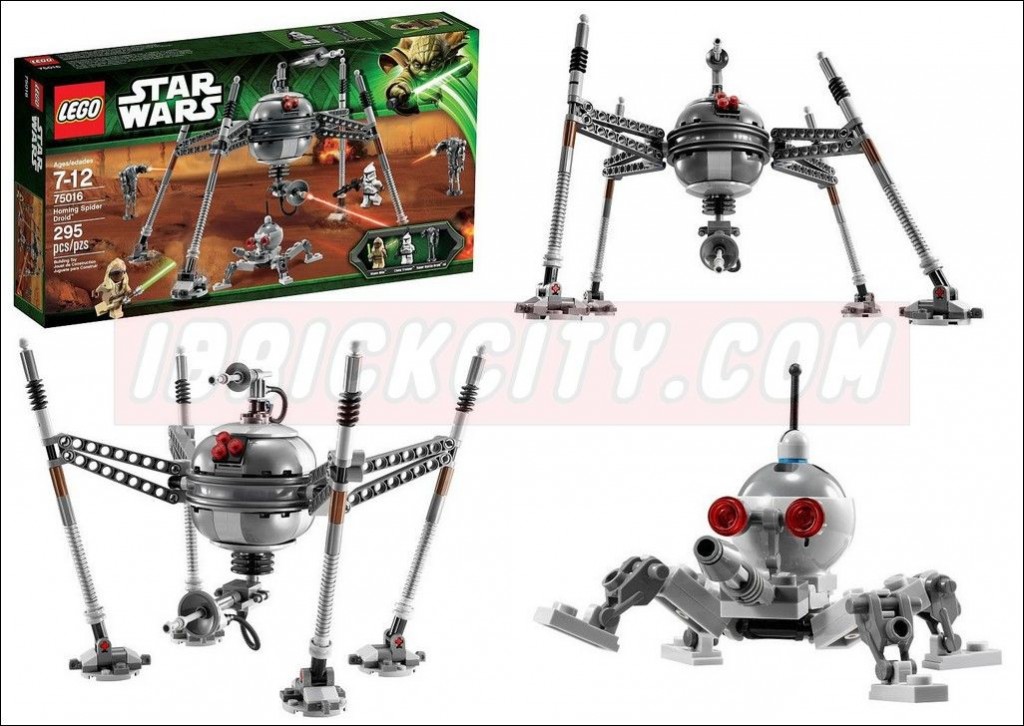 This is probably the biggest Star Wars set in terms of technic pieces usage. The legs, which are a bit repetitive in terms of building experience, are mostly made with small pieces of different shades and can gladly assume multiple positions thanks to the long technic pieces that attach them to the main body.

The central sphere looks once again symmetric, and has a structure built up on two 6×6 dish pieces, similar to the 2008 Model (lego 7681). And now comes probably the best part: the Homing spider Droid has two nice blaster guns one at the top of the sphere and the other in the bottom. 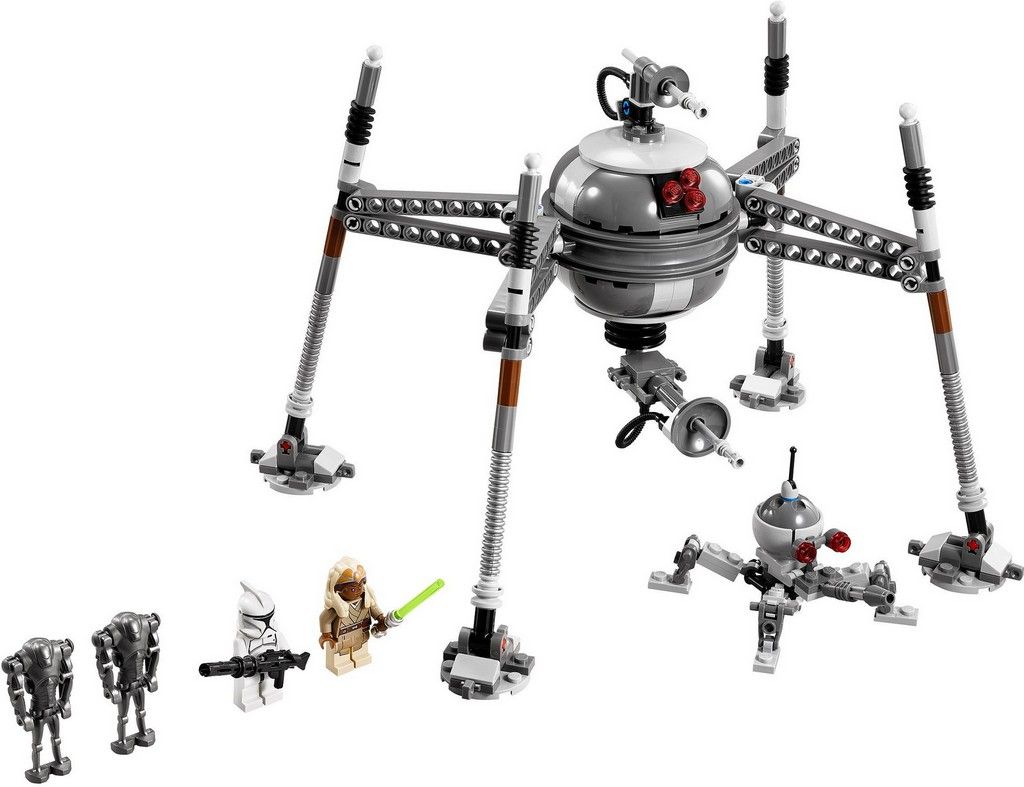 Both rotate widely through every possible positions, the top gun has a sort of flick fire missile which is quite interesting in terms of playability and in the bottom the blaster gun will surely hit easily all the surrounding enemies. Just like the previous model, I guess that this one can also move downwards for a better control.

The retail price will be something around the thirty dollars which honestly looks fair according to the number of pieces. However for that amount, I guess that are a few better sets not only in terms of beauty but most of all in terms of playability. Please have a look at the gallery: