The Corporate alliance Tank Droid is a new star wars set, available next summer, with an expected bombastic price of twenty dollars. Honestly, I‘ll only believe when I see it, because it will have more than two hundred and seventy pieces which will lead it to an unbeatable price per piece ratio.

The set besides, the tank droid will also bring three mini-figures. The new battle droid, this time made with orange shades, a usual white clone trooper and the big attraction, Jango Fatt. This guy is absolutely great and brings a lot of interesting details, such as the helmet, the two new pistols, the jetpack and even the detailed printed torso. 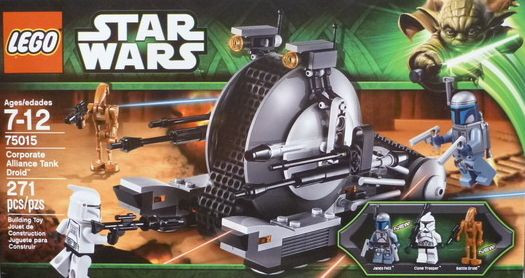 Having a look at the Corporate Tank Droid, I must say that this is not one of my favorite vehicles, far away from that. It is not particularly pretty and in terms of building it looks a bit repetitive, because it simply looks symmetric, however I must agree that it is perfect for a battle theatre. 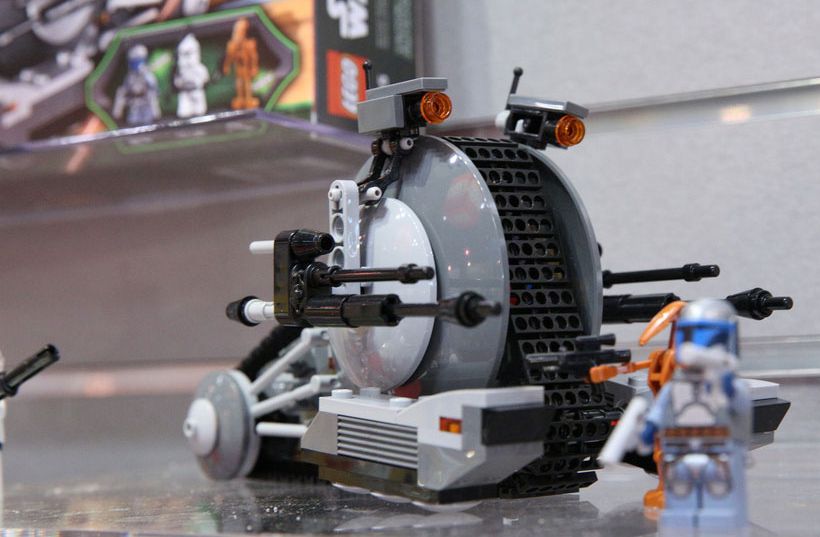 Joining the bunch of weapons that the mini-figures have (a blaster gun, two new pistols and even a blaster pistol), the Tank Droid presents on both sides a couple of flick fire missiles, blaster canons and globally an impressive fighting look. As a vehicle it moves reasonably thanks to the four round pieces (at the back there is a sort of movable suspension) that simultaneously trigger the big black rubber, in the middle. 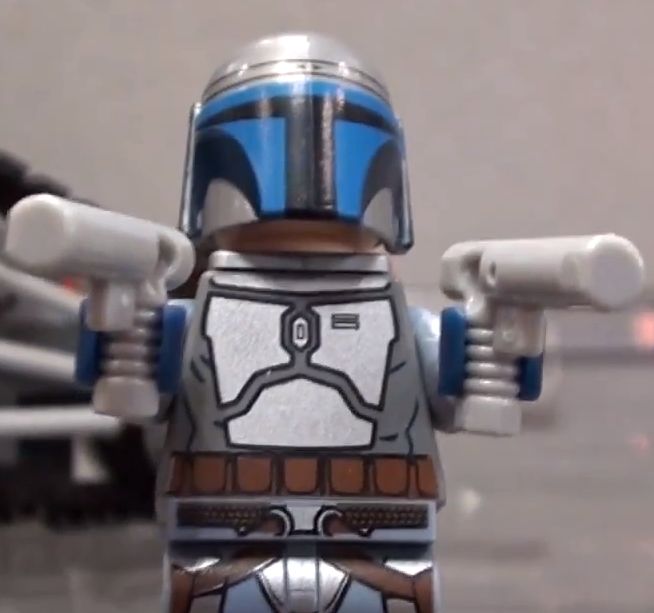 Globally, although my reserves about its beauty and playability, I guess that it’s one of the best deals of the year, if the price is confirmed around the twenty bucks. Finally, Jango Fatt and all its details are also an absolute added value of this new summer set. Please have a look at the gallery: