The last piece of the puzzle has been revealed. The Lego 75014, Battle of Hoth, has finally been revealed. Although the pictures don’t have the best quality, we can easily see all its features and mini-figures. These will be seven(!!),which  will be Luke Skywalker, two Hoth troopers, a new pilot which looks exclusive to the set, General Rieenkan and finally a couple of snowtroopers.

At the first glance, a couple of older star wars sets came to my mind, namely the 8084 snowpatrol battle pack or for instance the Echo base , 7749, which makes my think that despite all its great features, this set doesn’t bring properly anything new, it’s more a re-arrange of some previous sets.

However I might be giving the wrong idea that this set is not a hit, far away from that, because in terms of playability, there is plenty to choose from. Besides the seven mini-figures, this set will have a great communication tower with a small base that will include a big plate and control panel with a black seat, a speeder bike, a snowspeeder, a probedroid, a turret weapon and finally a great Tauntaun Mount. 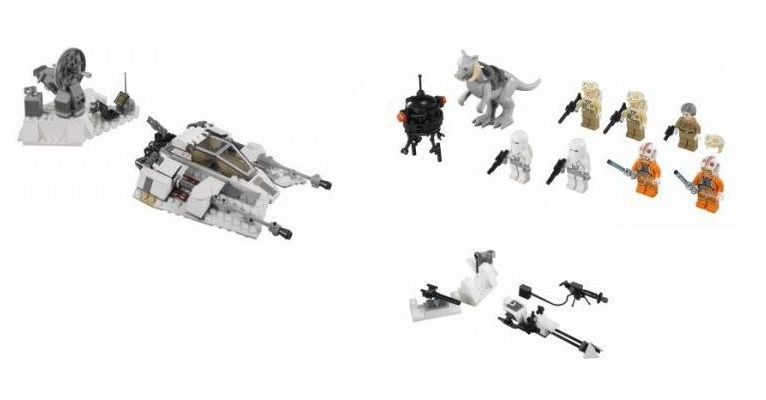 All the troops have a bunch of great weapons that through the pictures, I would say that they probably are lightsabres, blaster pistols and perhaps some rifles. 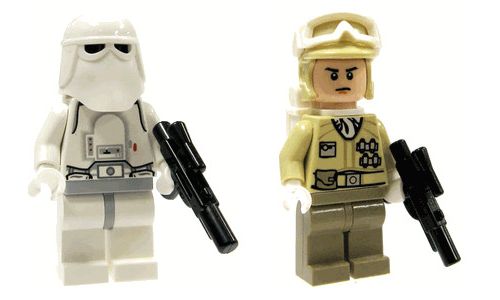 Globally although it’s the last set of this first wave, that has been revealed, it doesn’t mean that this will be the last one to be released.  It is definitely a nice set, ideal to be a Lego fan’s entrance to this theme.