The Umbaran MHC, or Mobile Heavy Cannon if you prefer, is a new star wars set, recently released. It brings, besides the big war machine, four new mini-figures (Ahsoka Tano, a 212th Clone Trooper and two Umbaran Soldier) over a total of four hundred and seventy seven pieces.

The first note when I looked at it is that it is considerably big, but doesn’t justify the high number of pieces. Where did they go? The justification, at my point of view, is that several parts of this set, namely the six legs for instance, are made with many small pieces, and so it will easily achieve that high number. 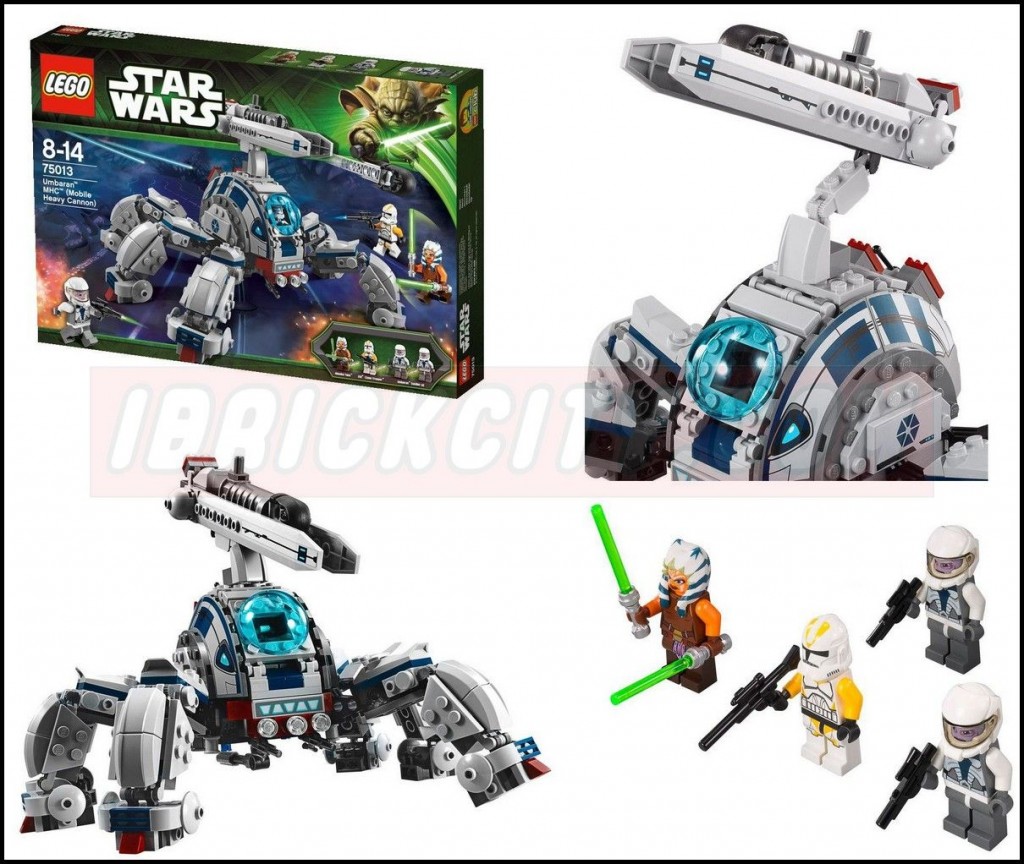 In terms of building, I would say that this is a quite repetitive set, because not only the six legs are precisely the same but also because that the two cockpits present in the set are symmetric and built on the same central module. Talking about this one it is built over some technic pieces, and its symmetry is only broken the cockpit doors which are quite different from each other. 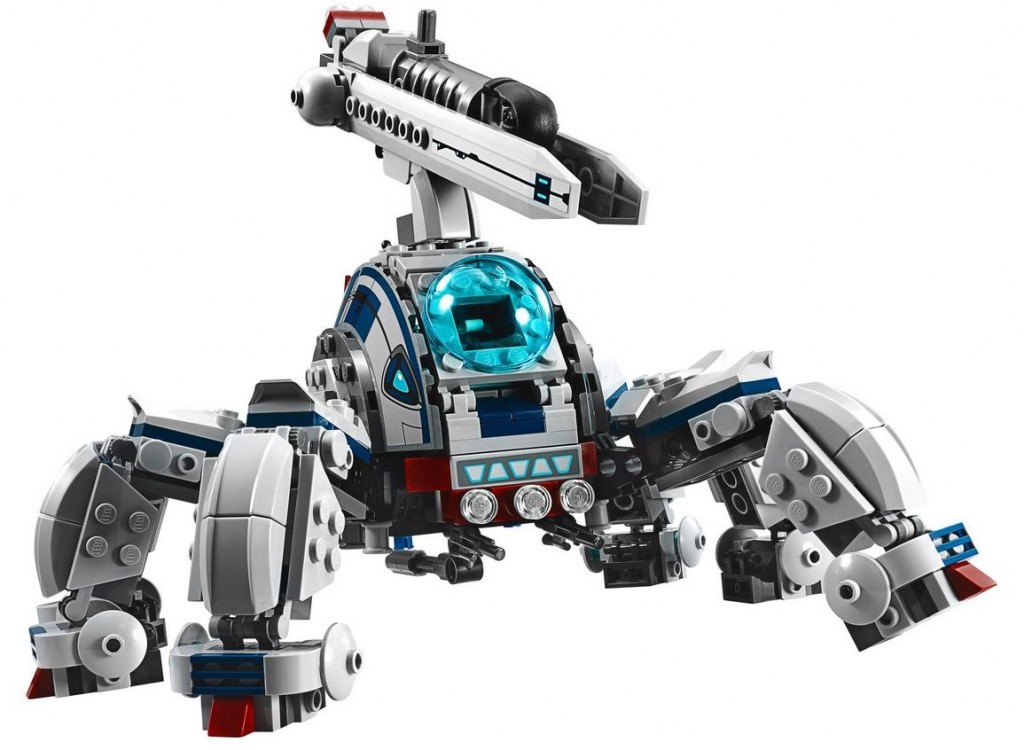 Inside there are no studs, which looks definitely a tendency on this star wars wave and all the bunch of control panels are unfortunately stickers. The pilots, in order to seat on a correct position, have to enter with their heads first, otherwise will be a bit difficult to put them on their cockpits.

The six legs are similar, being built with the same quantity of pieces, and can assume almost all the possible position giving the MHC a complete mobility against all kinds of obstacles in Umbaran. For the end it is reserved the best part, which is definitely the huge cannon on the top. 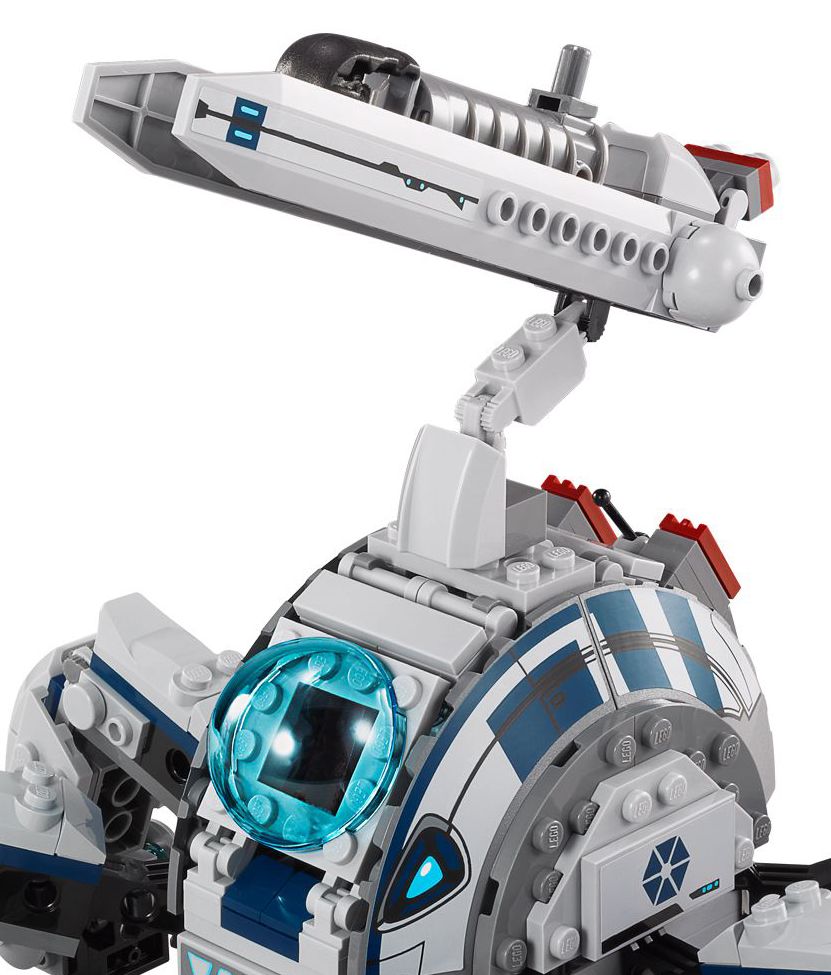 This kind of cannon or launcher is definitely more powerful than the usual flick fire missiles because it easily projects or make disappear a mini-figure. This Heavy cannon turns around the 360º and easily move up and down according to the target position. And besides that it can be handled through a knob placed right on the MHC bottom.

Talking about the mini-figures, they are not only four new additions but also an exclusive of this set. Globally they’re quite detailed and I especially highlight the orange trooper’s helmet, the purple face of the two Umbaran soldiers and the printed face of the Ahsoka Tano that is really very nice. 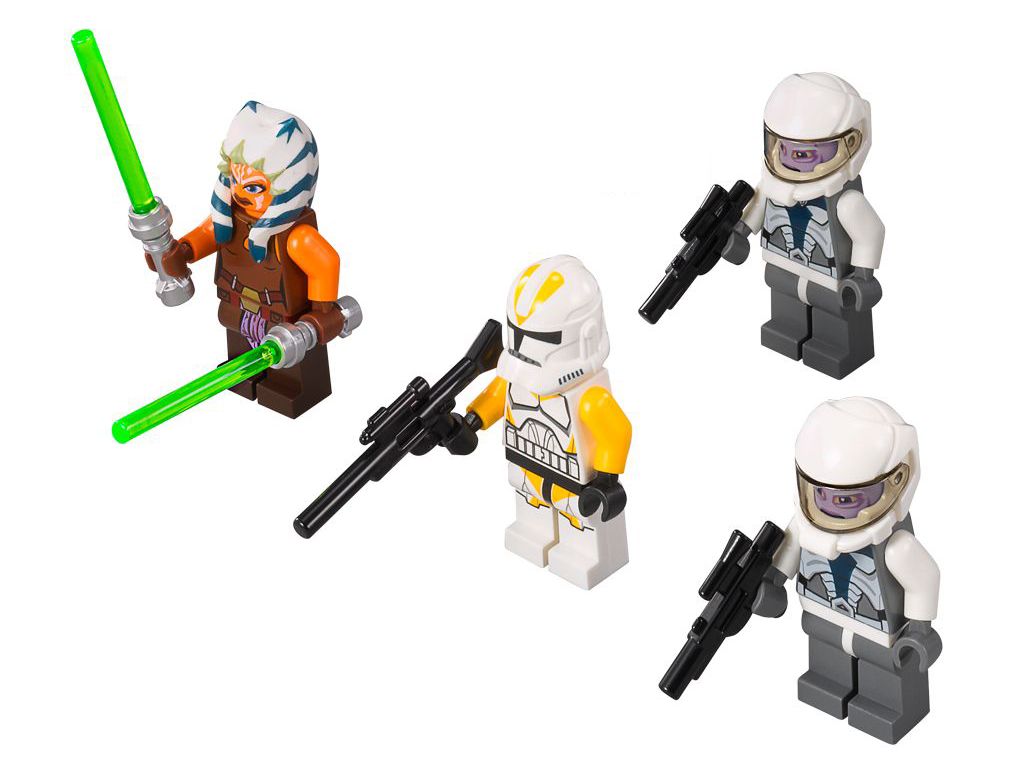 The price? Fifty dollars, and according that we are talking about a star wars set with almost five hundred pieces, it is surely a great deal. The playability might be not very diversified but the cannon is excellent and the four mini-figures are surely a great added value. If necessary, the instructions can be downloaded from here.