The BARC Speeder with sidecar is a 2013 Star Wars set, recently released, and this definitely another battle set. With four mini-figures (Two Commando Droids, Obi-Wan Kenobi and Captain Rex) this set also brings two nice vehicles: the Barc Speeder and the Droids vehicle, the blue speeder, all this among a total of two hundred and twenty six pieces.

I said it before about the Umbaran MHC (75013) and I will mention it again about this Barc Speeder, this looks really small for a two hundred pieces set and for me it is explained because that most of the used pieces on it are really small, most of them used in the bunch of nice details that both speeders have. 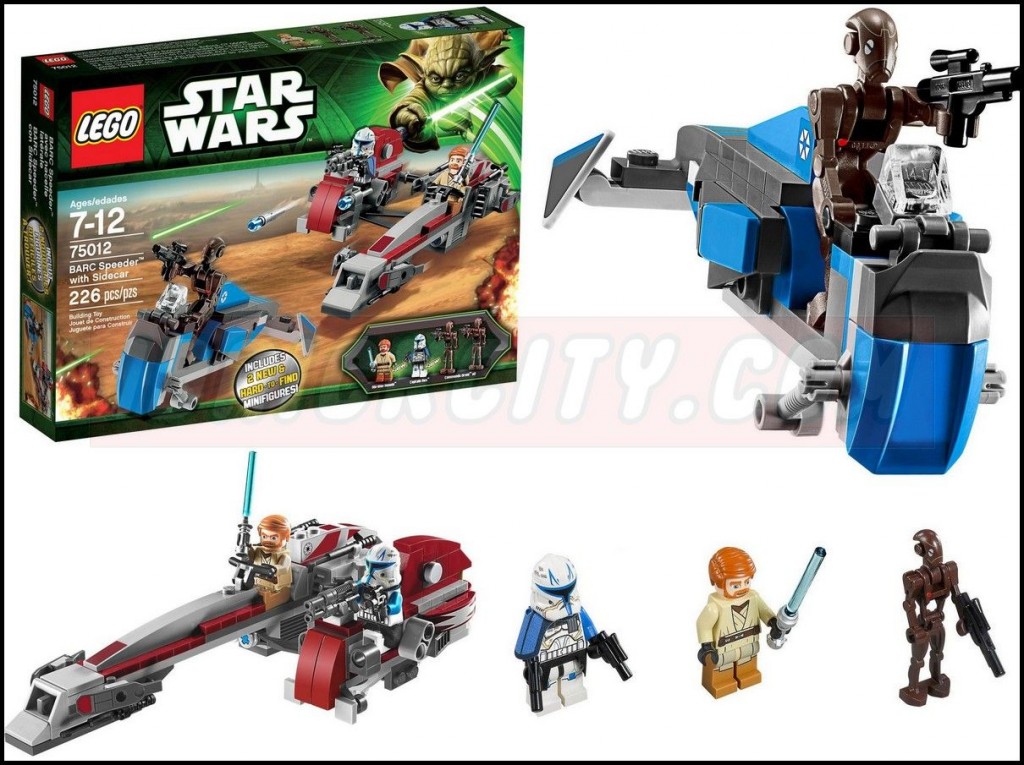 Despite all its beauty, I think that this is not the most appellative star wars set, on this first 2013 wave, especially if you’re not a true fan. However the mini-figures, being rather accurate, don’t respect this idea and are surely a great addition to any collection as well as its powerful weapons.

Looking at the speeders, the Long Barc piloted by Obi-Wan Kenoby is the leader of the company. It is rather long and the sidecar is definitely very interesting and it has not only a couple of flick fire missiles but it also assumes two different positions which I will call fighting and running mode.

The first one is when the sidecar detaches the speeder and assumes a 360º position, firing against every possible position. The other one, the running, is when it is parallel to the speeder, enabling it for a better handle. Talking about weapons and besides the spoken missiles, the speeder has also a laser gun in the front of the side car and two spears at the back. 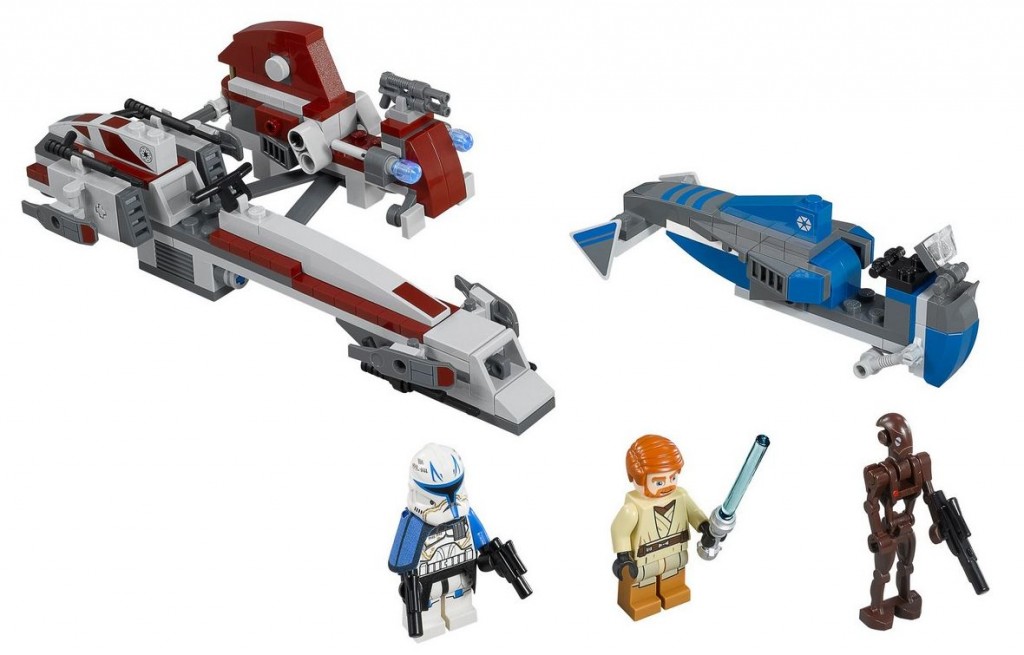 The blue Droid Speeder is also considerably detailed with plenty of sharp pieces. The piloting position has a small handle and a blue backboard for the droid. Curiously this ship is the opposite of the side car in terms of weapons, because it doesn’t have a single gun to fight back the BARC speeder. 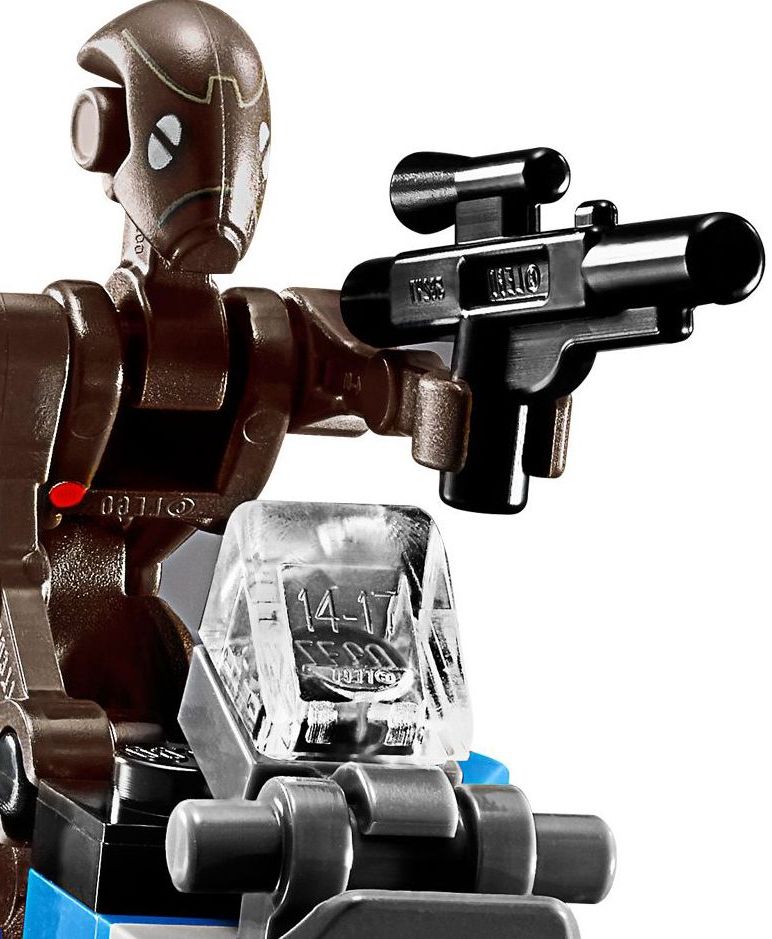 Globally, this is a set that hasn’t excited me pretty much. The ships have some nice details but honestly, in my opinion, the rotating side car is the only interesting feature. The twenty five dollars look a fair price, according to the number of pieces but for this value I think that there are a few more interesting sets. If necessary, the instructions are available here.